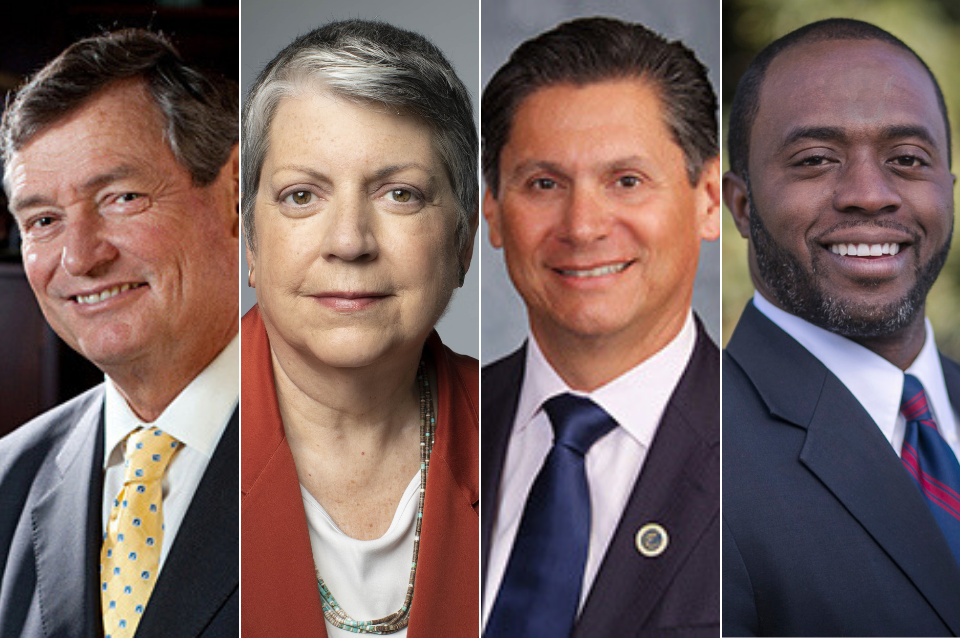 Higher ed leaders will focus on low income regions; meetings will be closed.

The first order of business for a new higher education advisory board appointed by Gov. Gavin Newsom will be to look at ways to improve the low college graduation rates in the Central Valley and the Inland Empire and counter the effects of poverty and geographic isolation there, officials say.

The “Council for Post-Secondary Education,” which includes the state’s top education leaders as well as representatives of business and labor, will meet for the first time on Monday in Sacramento. It is supposed to get the state’s various public and private education systems out of what Newsom called their separate “silos” and to cooperate on issues of college access, success and costs.

But even before its first gathering, the panel is triggering anticipation that it might one day grow into or be replaced by a formal state-wide coordinating council for higher education with more authority and resources. During his election campaign last year, Newsom said he would support such a coordinating board.

The Legislature is considering establishing a coordinating panel to research higher education issues and issue public reports. That proposed council would be a public body with a budget and staff, unlike Newsom’s advisory board which will hold only closed-door discussions and has no staff.

The new advisory panel will allow education officials “to start to have some conversation about what they and their systems can do across those lines, rather than just within their own circles,” according to Lande Ajose, the governor’s senior policy adviser for higher education. A council member, she will run the meetings if Newsom cannot attend.

Other appointments to the council are meant to connect education to the economy, the workplace and state finances. They are: Allan Zaremberg, California Chamber of Commerce president and chief executive officer; Art Pulaski, executive secretary-treasurer of the California Labor Federation; Lenny Mendonca, Newsom’s chief economic and business advisor; and Keely Bosler, director, California Department of Finance.

Among the advisory council’s first goals is to find “new innovative ideas for possibly increasing higher education completion” in the Central and San Joaquin Valley regions and the Inland Empire, which includes the counties of Riverside and San Bernardino, east of Los Angeles. These areas have some of the lowest educational achievement rates in the state, Ajose said. To counter that, advocates want to get more high school students prepared for college and then ensure they have enough admissions counseling, financial aid and colleges that have room for them.

Recent research showed, for example, that high school graduates in those areas significantly lag the rest of the state in taking the high school courses that could make the students eligible for public university entrance.

One topic for the council will be the possible sharing of facilities among the education systems, Ajose said. Perhaps some university-level courses or programs can be offered at more conveniently located community colleges, making it easier for people to juggle school, family and jobs, some experts suggest.

The panel does not have a budget and will not have authority over campuses and budgets. (The council will receive borrowed staff time from the College Futures Foundation, an Oakland-based nonprofit, to help organize its meetings.) Nor will it conduct its own research and issue reports as the now-defunct California Postsecondary Education Commission did. Then Gov. Jerry Brown killed that agency in 2011, saying it was ineffective.

Current legislation, AB 130, would revive a form of such an agency and empower it to “publish an independent annual report on the condition of higher education in California” and become a clearinghouse for postsecondary education information. The bill passed the Assembly and is awaiting action by the Senate.

Ajose said the new advisory group would not preclude the establishment of such a coordinating council. But she said their functions would be different. There “are no plans to take this and turn this into the coordinating board.”

Some higher education experts said they welcomed Newsom naming an advisory board for higher education, but they hoped it grows into a more powerful agency with its own staff and statewide planning mandate.

Andrea Venezia, executive director of EdInsights, an education research center at California State University at Sacramento, said she thought it was a “great idea” to start such a council spanning the state’s education segments. However, she said she hopes that this does not substitute for or stall the creation of a real coordinating entity that studies issues of enrollment capacity and costs and has some power over “the enormous issues facing us in higher education in California.”

The new board “is a step in the right direction,” said William Tierney, higher education professor at the University of Southern California and founding director of the Pullias Center for Higher Education, which researches student access and success. But he added that such a statewide advisory group should develop a detailed strategic plan for higher education and be provided a staff to conduct research. Otherwise, “a board is just window dressing where members get together for lunch and they don’t accomplish very much,” he said.

The advisory nature of the new board allows its meetings to be closed to the public and any minutes to be kept confidential under state public meeting rules, officials said.

In the upcoming discussion about the inland regions of the state, the panel is expected to steer clear of expensive building projects even though some advocates say more campus buildings or more campuses are needed. Instead, it is expected to first look for more cost-effective ideas such as sharing classroom buildings.

The advisory board is not expected to participate in a $4 million study recently funded by the legislature to consider the possible addition of two new CSU campuses, looking at Stockton, Concord, Chula Vista, Palm Desert and San Mateo County. CSU already has 23 campuses.

When he named the group, Newsom made clear that he wanted the state’s education leaders to talk with each other.

“The university and community college systems in the state operate in silos,” said Newsom in a statement. “To develop best practices and help our students reach their full potential, we need to work together across institutions. I look forward to working with our state’s higher education leaders to set bold statewide goals and partnering together to achieve them.”