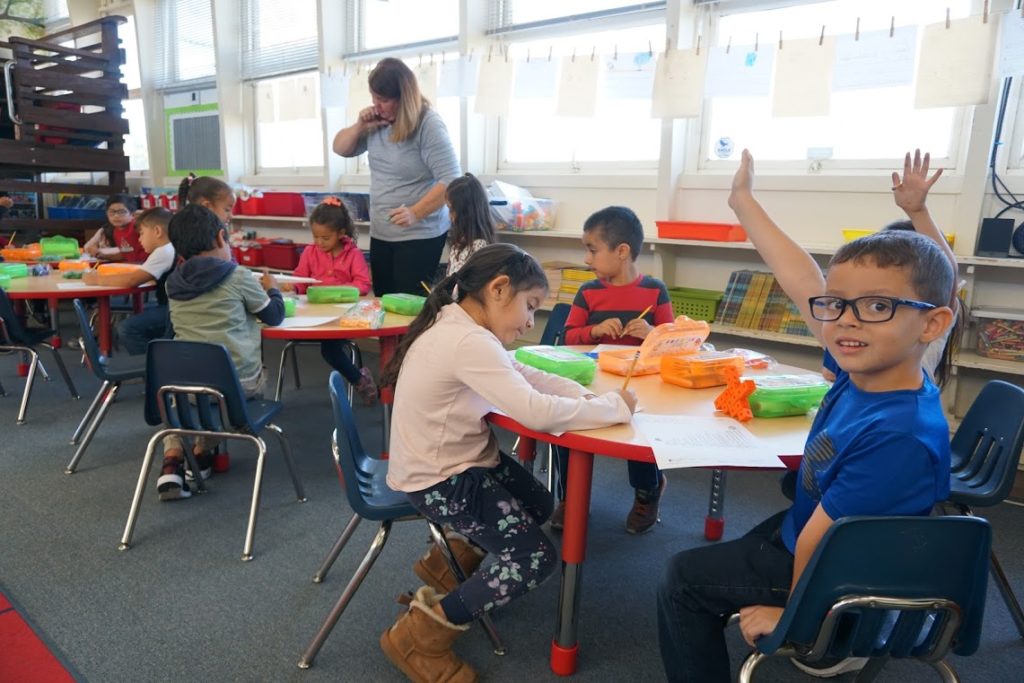 It could soon get a lot harder to find out how many preschoolers were suspended more than once in California or how many children of different racial and ethnic groups have access to preschool.

In the past, researchers, advocates and policymakers who wanted to know this kind of information about any school district in the country could look it up in a massive database of civil rights data collected every two years by the U.S. Department of Education. That data can be used to show educational disparities between genders and racial and ethnic groups.

Now, the U.S. Department of Education is proposing to stop collecting a wide range of data, including information about young children, such as how many children have access to preschool and kindergarten, broken down by race, sex, disability and English learner status. In addition, the department wants to stop separating out the number of preschoolers who received more than one suspension from those who only received one.

Other data that may no longer be collected include several categories of data for K-12 grades, ranging from teacher experience and teacher absenteeism to how many students take AP courses in subjects other than math, science or computer science.

The U.S. Department of Education argues in its September notice seeking public comment that the changes “will have the net effect of reducing burden on school districts.”

The database also shows how many school districts in each state offer preschool, whether the programs are part-day or full-day and how many children have access to it. In addition, it shows the percentage of children in each state who had to repeat kindergarten, broken down by racial or ethnic group. The 2011-12 data showed, for example, that 9 percent of Native American children in California were kept back a year in kindergarten, compared to 4 percent of white children.

The changes are being proposed just as California launches into developing a Master Plan for Early Learning and Care to expand and improve its early childhood programs. The loss of the information collected by the federal government would make it difficult to gauge where the state needs to focus to address gaps in care and education for children 0-5 years old and to compare California to other states.

Earlier this year, Secretary of Education Betsy DeVos announced in a press release that the U.S. Department of Education’s Office for Civil Rights would partner with the National Center for Education Statistics (NCES) “to make sure that we are doing everything we can to help states and school districts provide correct CRDC (Civil Rights Data Collection) data that can be relied on by the public, parents and families.”

In public comments on the proposal that closed in November, some groups, such as the American Association of School Administrators, which represents 14,000 school superintendents, agreed that the current data collection is a burden.

But multiple advocates, civil rights groups and state officials submitted comments opposing the plan, arguing that the changes will hurt efforts to close gaps in access to early education.

“The CRDC data on preschool discipline inequities has spurred significant policy change across the country, including in California,” Becerra said.

“It’s kind of a double hit,” Cardichon said. “You’re losing the federal guidance and now there’s a move to actually limit the data that reveals the disparities the guidance was meant to address.”

The UC Berkeley Center for the Study of Child Care Employment’s comment states that the proposed changes “represent a step backward in reducing opportunity gaps and advancing racial equity in our nation’s education system.”

It is not clear when the Department of Education will make a final decision on the changes.