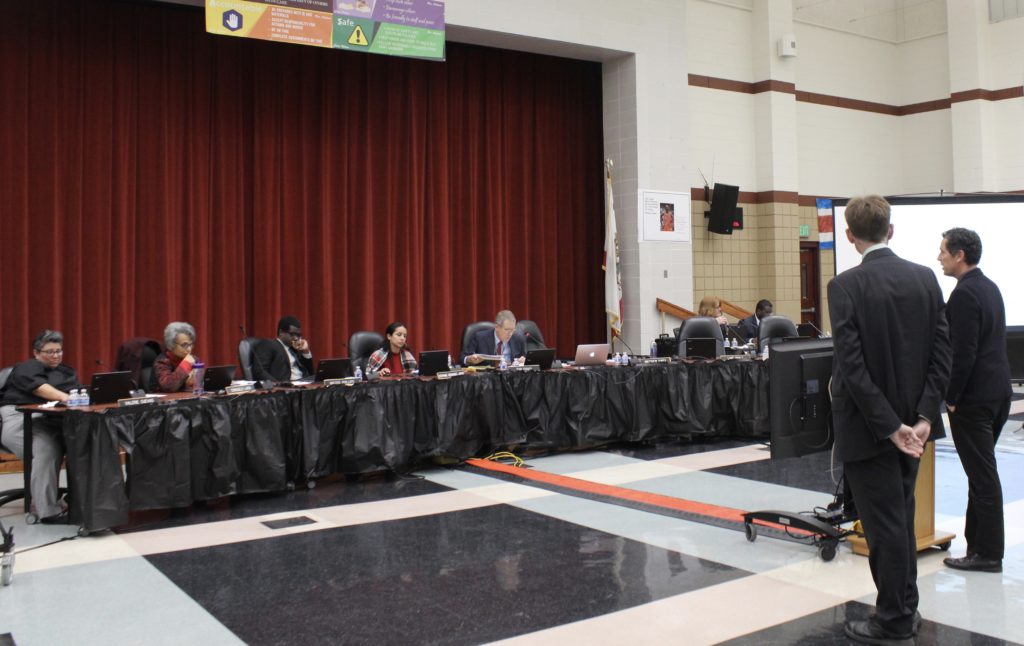 New funds would be for facilities. No help to close district's $48 million deficit. 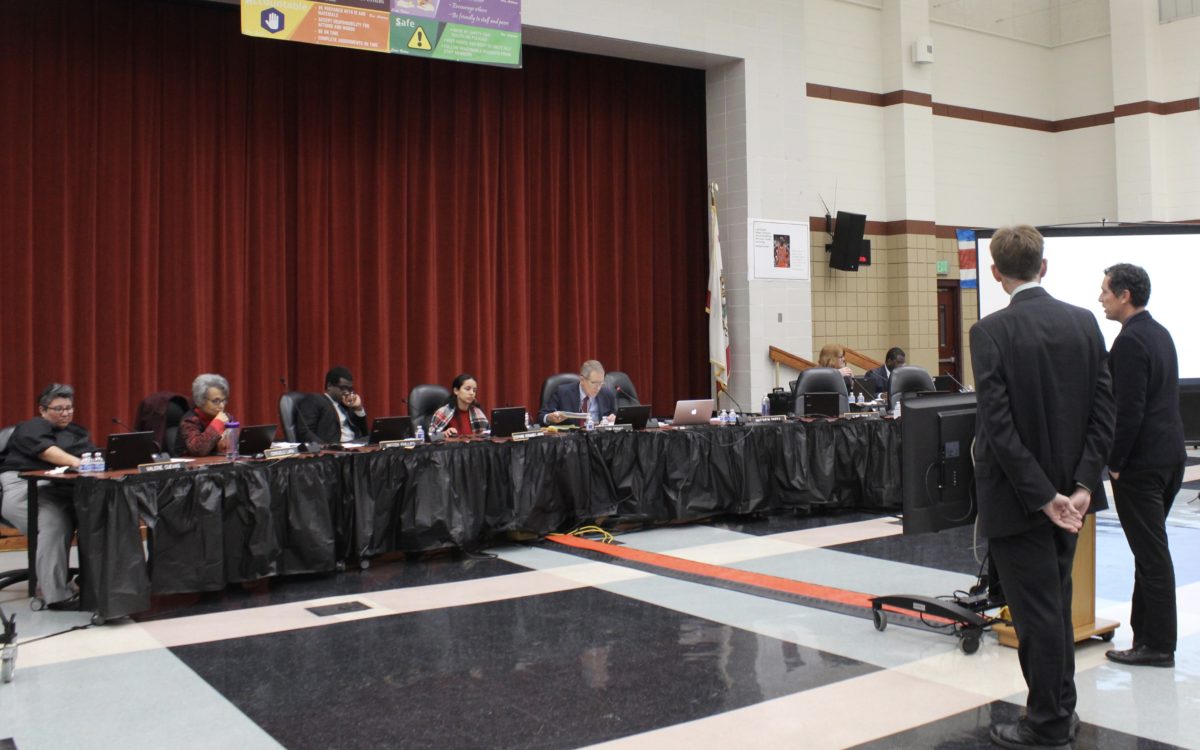 A San Francisco Bay Area district has decided to go to the voters in March asking them to approve a $575 million construction bond measure so it can build and upgrade school facilities. 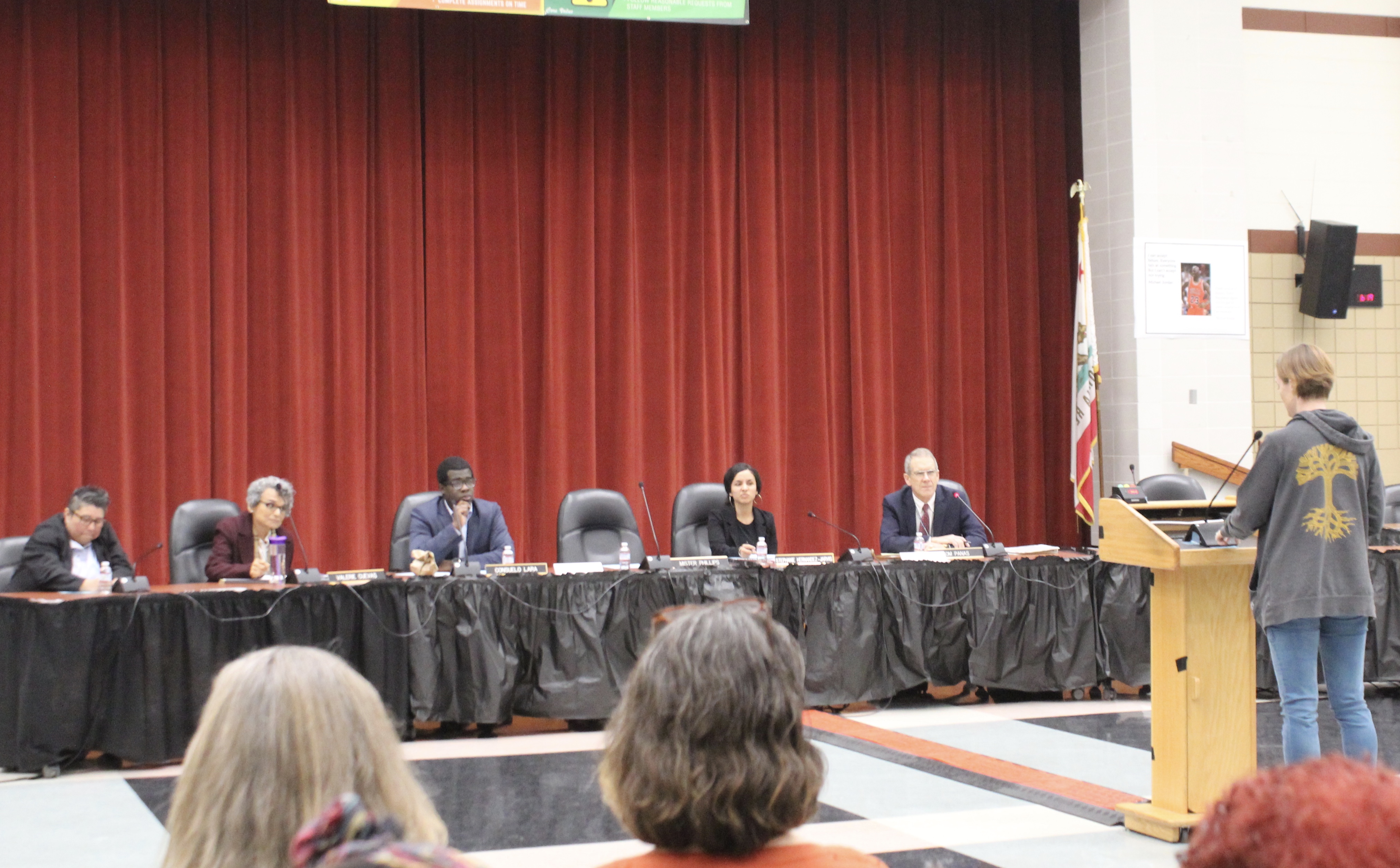 If voters approve the measure, West Contra Costa Unified — which includes Richmond and surrounding communities — could only use the money for construction, renovation, technology or other facilities upgrades.

The new funds would not help offset the district’s $48 million operating deficit, which caused the school board last week to consider firing its superintendent. In the end the board agreed to work with Superintendent Matthew Duffy to find ways to close its budget gap.

West Contra Costa is considering spending cuts and the use of budget reserves to close its budget gap, which surfaced since last spring, in part to fund a 17 percent cumulative raise for the district’s teachers from July 2017 to July 2020 in order to attract and retain high quality educators. Officials said the district may return to the voters next November to ask for a new parcel tax to restore any programs, services and staffing that it cuts to balance its 2020-21 budget.

The district bond measure is different from the statewide $15 billion construction bond measure that will also appear on the March ballot, because the West Contra Costa measure only applies to residents in the district and would require them to pay additional property taxes to fund it. The statewide measure, on the other hand, would be funded as part of the state budget and could provide matching funds to districts such as West Contra Costa, if they have their own local funding. The state measure requires a district match in most cases, but the percentage varies based on the type of project and the demographic makeup of students. The state bond may cover up to the entire project cost for some districts that qualify for financial hardship. The state measure requires a majority vote to pass, while district measures require 55 percent voter approval.

The school board on Wednesday voted 4-1 to place the measure on the March 3, 2020 ballot to be used to rebuild and renovate 21 schools considered priorities based on the district’s facilities master plan, while also providing air conditioning and technology districtwide.

Board president Tom Panas voted against the bond. He said he opposed asking voters to approve another district tax, adding that he preferred to wait until November because there isn’t much time to drum up support for the March measure with holidays coming up. He said he was also concerned that the project list was too broad and vague.

The bond measure would require property owners to pay $60 per $100,000 in assessed value through 2052-53. That would increase the property tax rate from nearly $238 to almost $300 per $100,000 of assessed valuation. The rate would drop every year as other measures are paid off.

Board member Consuelo Lara said she was “excited” about the planned projects, including air conditioning, career technical education, arts facilities and health centers.

“Everybody’s going to benefit,” she said. “These are things I’m passionate about.”

Board member Mister Phillips said some of his neighbors have told him they are experiencing financial hardships and have to choose between feeding their families and heating their homes.

“I want us to realize when we talk about putting a bond or a parcel tax on the ballot, this money we’re trying to get is not free money,” he said. “It’s coming from our neighbors and some of those folks are struggling.”

Tony Wold, associate superintendent of business services, said the district recognizes that even without the new tax, “our community is feeling the burden of taxes.” But he said the district has identified more than $1 billion in facilities needs “and that is only going to go up” if the district waits.

The school board has not yet identified which specific projects among all of those listed in the ballot measure would be funded with the money. The bond measure states that the final costs have not yet been determined and that based on these costs, some projects “may be delayed or may not be completed.”

The district plans to pay for placing the bond measure on the ballot, estimated at $256,700 to $385,000, from revenue in its operating budget set aside for legal fees, which won’t be needed this year, Wold said.