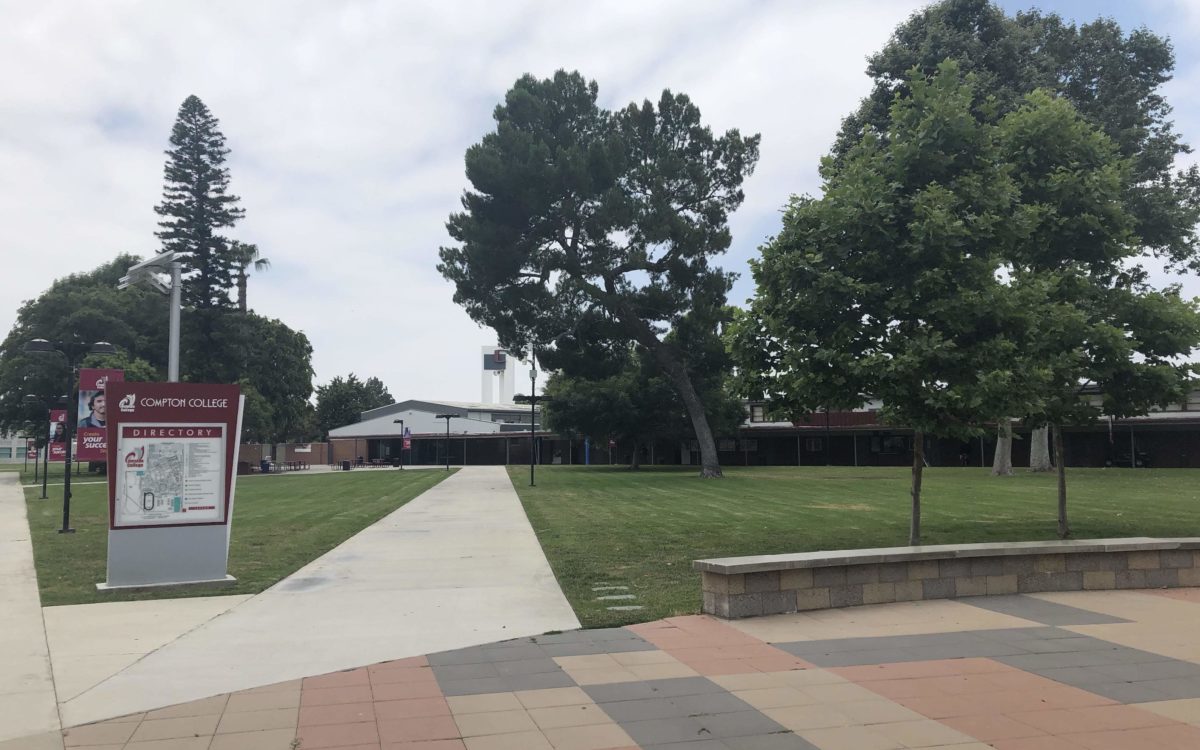 Compton College gained unwanted attention 14 years ago for becoming the first community college in California to be stripped of its accreditation for financial mismanagement. President Keith Curry is now plotting for a new type of fame, with the two-year college officially regaining its independence earlier this month after more than a dozen years of rebuilding its brand.

Located on an 83-acre campus about 15 miles south of downtown Los Angeles, the college enrolls about 12,000 students — slightly more than the 10,800 students it enrolled during the 2004-05 academic year, prior to losing accreditation.

Curry has his eyes set on gaining national recognition for the turnaround, such as being a contender for the Aspen Prize for Community College Excellence, an honor awarded for excellence and high achievement among U.S. community colleges.

“My thinking is that we want to be one of those schools that people look at as doing good work for students,” Curry told EdSource. “Why can’t Compton College win an Aspen award by 2024?”

It’s the most ambitious of a series of goals that Curry has set for the college as part of a turnaround he has led since becoming chief executive of the college in 2011.

The Accrediting Commission for Community and Junior Colleges (ACCJC) in 2005 stripped the college of its accreditation, citing fiscal instability and corruption on the governing board. Then-Gov. Arnold Schwarzenegger in 2006 signed AB 318, which provided the college with $30 million in emergency funding and enabled it to continue to operate as a satellite campus of the El Camino Community College District.

After losing its accreditation and merging with El Camino, Compton College was renamed El Camino College Compton Center. Students could still enroll at the Compton campus but received degrees from El Camino.

Since then, Compton College has undergone a series of reforms that put the college on the path back to accreditation.

An evaluation submitted to the accrediting commission by a team of twelve community college educators in California credited Compton College administrators with restoring the college to fiscal stability. The college reversed years of deficit spending, steadily increased its reserves and reduced the number of audit irregularities in its financial reports from a high of 26 in 2011 to zero each year since 2014.

The school has opened new facilities, most notably the Library-Student Success Center, a state-of-the-art building that Curry describes as a symbol of the college’s progress. In addition to a library, it houses centers for tutoring, math and science, and reading and writing.

In 2017, the college introduced the Compton College Promise program, which waives enrollment fees for high school students from Compton, Lynwood and Paramount Unified school districts who attend the college the fall after their high school graduation.

Since losing its accreditation, the college also has started offering new academic programs, including cosmetology, heating and ventilation, and air conditioning.

The accrediting commission in 2017 put Compton College on the path back to accreditation and in 2018 approved returning control of the college to the Compton Community College District, allowing the college to again stand alone under local control. The college officially became independent from El Camino on June 7.

At least some Compton College students said they weren’t aware of the challenges the college has endured or its road back to accreditation.

Felix Feliu, a first-year student studying computer science, said he wasn’t aware of the college’s challenges with accreditation until he enrolled recently.

“I found out probably like a month ago,” he said.

“It was a sudden thing, like, ‘Oh, we’re not going to be with El Camino anymore,’” Benham said. “We’re just going to be Compton College.’”

Other members of the campus and local community say that the return to independence and local control is a vital step.

Paul Flor, a professor of political science who helped lead the transition from El Camino College, noted that Compton College is “among the first, pioneer community colleges in California,” having existed since 1927.

“To have thought that maybe this institution was going to disappear would’ve been a serious blow to the community,” he said.

Assemblyman Mike Gipson, D-Compton, who in 2017 helped secure $11.3 million in state dollars to support the college in its transition back to accreditation, emphasized that Compton College “has its own identity.”

“It will never be eclipsed by El Camino,” he added.

Now that the college is again a standalone school, Curry doesn’t want its progress to stop there.

The surrounding community has long relied on Compton College for opportunities to advance.

“I think Compton is a goldmine that hasn’t been discovered. A lot of great people have come out of this community. But because of their economic status, they’re just not able to advance as much as they would like to,” said Essie French-Preston, a counselor who has worked at the college in a variety of roles since 1986. “As a result, for a lot of them, Compton College is a light. It’s an opportunity.”

The California State Legislature last year set aside funding for Compton College through the 2023-24 fiscal year. Each year until then, the California Community Colleges Board of Governors will allocate funding to Compton College for at least 5,979 full-time students — the amount that were enrolled at the college in 2017-18 — plus cost-of-living adjustments, even if enrollment were to decrease.

That guarantee of funding has allowed the college to be aggressive in reaching Curry’s goal of making the college a premier institution.

A top priority in the plan is increasing the college’s enrollment, retention and completion rates.

To achieve that, the college intends to implement its Student Equity and Achievement Plan, which targets several underserved groups — including black and Latino students, as well as students with disabilities. It calls for providing resources, including tutoring and peer mentor programs.

Students at the college also will be encouraged to enroll in an introductory course, Human Development 10, which explores factors influencing success in college, including critical thinking and health and wellness.

The college also is introducing a program designed to increase completion rates by simplifying students’ options when choosing courses.

Under the “guided pathways” program, students at the college will choose one of five areas of study: business and industrial studies; fine arts, communications and humanities; health and public service; STEM; and social sciences. Once they have selected a pathway, students will take classes based on specific program “maps” that detail the courses students need to complete a degree in their chosen pathways.

College leaders believe this process will reduce the number of unnecessary courses that students take and streamline students’ paths to completing college and advancing to further their education or find employment.

Curry noted that about 60 percent of students at Compton College are Latino and 25 percent are black.

“That means African-Americans and Latinx individuals are not completing their higher education in our community,” he added. “And I’m not OK with that. We have to focus in on their completion.”

The college will establish partnerships in the community and with local K-12 schools, offering classes at local high schools and providing more transportation options to better prepare students for college.

Compton College 2024 also outlines Curry’s vision to modernize the infrastructure of the campus. The plan recommends renovating or constructing several buildings, including building a student activities center, a gymnasium and pool facility and a new “academic village” consisting of three instructional buildings, though the college will need to secure funding for those projects.

Curry also intends to eventually build student housing, something that would help alleviate student homelessness at the college. About 18 percent of students at the college are homeless and almost 70 percent face housing insecurity. Housing insecurity includes a broad range of situations, including having to move frequently, being unable to pay rent or having nowhere to stay.

Flor, the political science professor, acknowledged plans for the college are ambitious but achievable.

“I came to Compton College knowing I was going to be a member of the underdog team,” he said. “I know that it’s not the big dog in the neighborhood. But it is a fighting dog.”