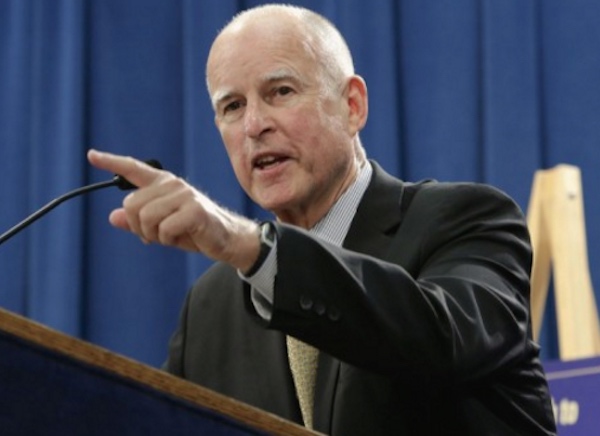 Gov. Jerry Brown wrapped up his final legislative session this week and in doing so became the most prolific decider of laws in California history. During his 16 years as governor — two terms spanning the late 1970s and early 1980s and two terms this decade — he signed a total of 17,851 bills and vetoed 1,829.

Brown largely stayed true to his beliefs in local control when it comes to education policy and vetoed several high-profile measures that came with statewide mandates. Meanwhile, he signed bills that, among other things, protected poor students and offered low-cost solutions to improving school safety.

Here’s a rundown of the governor’s decisions on some of the most-watched education legislation that crossed his desk:

This bill would have required all middle and high schools to start no earlier than 8:30 a.m., except in rural areas, by July 1, 2021. This would not have applied to so-called “zero periods,” which are optional extra classes sometimes offered before the regular school day begins. Based on scientific research, supporters argued that teen sleep deprivation causes depression, poor grades and attendance, as well as higher dropout rates. But, in his veto message, Gov. Jerry Brown agreed with opponents, who say this issue should be decided by local school districts. (See previous EdSource article.)

More than three dozen school districts and charter school organizations offer the college admissions tests ACT or SAT for free to all juniors. The bill would have allowed districts to replace the Smarter Balanced 11th-grade test with ACT or SAT. Supporters call the state’s standardized test, used for district accountability, personally irrelevant to test-burdened juniors. The University of California recently said it will study the feasibility of using Smarter Balanced for college admissions decisions. In his veto message, Brown said he’d prefer that option, so it’s best to wait and see what UC and CSU, which announced this week it will reassess its use of SAT and ACT, decide. (See previous EdSource article.)

As initially written, the bill would have required all students to take a course in ethnic studies, teaching the cultures and history of the state’s diverse ethnic and racial groups, in high school. The scaled-back version, which Brown vetoed, would have funded 11 districts’ pilot programs, using a model curriculum under development by the state, on the condition that all students take at least a semester before graduation. “I am reluctant to encourage yet another graduation requirement” for already “overburdened” students, Brown wrote in his veto message.

Although suspensions in California schools — particularly those having to do with classroom disruption — have dropped dramatically in recent years, they are still disproportionately meted out to African-American students and students with disabilities. This bill would have expanded the current statewide ban on “disruption and defiance” suspensions, which covers grades K-3, to include grades K-8. Brown, who vetoed a similar bill in 2012, said in his veto message that “Teachers and principals are on the front lines of educating our children and are in the best position to make decisions about order and discipline in the classrooms.” (See previous EdSource article.)

This bill bars California school staff from physically restraining K-12 students or isolating them in “seclusion rooms” unless the student’s behavior creates an imminent physical threat. It also reinstates a requirement that school districts report data on the use of restraints and seclusion to the California Department of Education. And it prohibits certain restraint techniques that are considered dangerous. (See previous EdSource article)

As part of California’s increased focus on having students earn a bachelor’s degree on time, this law makes it clear to students how many classes they need to take a semester to be on track to graduate in four years. Among other things, it orders the state agency administering the Cal Grant to inform students receiving the financial aid that in order to graduate in four years, they need at least 15 units a semester, or the quarter-system equivalent.

A novel pilot program that has allowed 15 community colleges to award bachelor’s degrees will be extended under this law. The extension gives more students a chance to take advantage of a relatively low-cost degree and the state more time to study the impact of the program. The pilot was first created through legislation passed in 2015 and limited degrees to only those not offered by the state’s public four-year universities. (See previous EdSource article.)

What many describe as a mental health crisis on college campuses was addressed by this bill. It would have required each University of California and California State University campus to have one mental health counselor for every 1,500 students. In his veto message, Brown called the effort an “understandable goal” but said specific higher-education investments should go through the budget process. He also argued that local boards or campuses, not the state, should dictate student-employee ratios.

State law requires that school districts provide at least one free or reduced-price meal per day to low-income students. Many charter schools already offer federally subsidized lunches and breakfasts. As of next fall, all charter schools must serve nutritious meals as well under the new law. More than half of the state’s 680,000 charter school students would qualify for the program. The California Charter Schools Association supported AB 1971.

Last year, the Legislature banned “meal shaming,” the practice in some districts of withholding school lunches or serving snacks, like cheese sticks, instead of a fully nutritious meal to children whose parents were behind in their meals payments. This year, lawmakers added protections. This new law forbids districts from withholding transcripts or diplomas from students for unpaid debts and bill collectors from reporting unpaid parents’ payments to credit agencies.

Two Senate bills addressed America’s fake news epidemic. The first, SB 830, called for the California Department of Education to make available to school districts on its website a list of resources and instructional materials on media literacy, including professional development programs for teachers. The other, SB 947, would have established a state-based advisory committee tasked with developing best practices, resources and models for instruction of digital citizenship and media literacy. Brown signed SB 830 and vetoed SB 947. In his veto message, Brown cited local control as his primary reason for rejecting the bill.

The February massacre at Marjory Stoneman Douglas High School in Parkland, Florida, led to a nationwide push to bolster school safety. This bill requires that any school modernization project done with money from the state’s school facility bond program include locks that allow doors to classrooms and any room with an occupancy of five or more people to be locked from the inside. The estimated annual cost could be as high as $750,000, depending on the number of classrooms retrofitted each year. (See previous EdSource article.)

Another post-Parkland bill, this one expands the required elements of school safety plans, including procedures to respond to active shooter situations. Among other things, it requires schools to conduct annual active shooter drills and requires the California Department of Education to provide additional guidance and oversight of safety plans. The estimated annual statewide cost of the bill is $5 million. (See previous EdSource article.)

California is among a handful of states nationwide that have “red flag” laws, which make it possible for certain individuals to seek a restraining order to temporarily take away someone’s guns because of the imminent danger they pose to themselves or others. Currently, only law enforcement and immediate family members can file for such a restraining order. This measure would have expanded the list to include school personnel, among others. In his veto message, Brown said the expansion is unnecessary because school personnel can work through law enforcement to obtain the restraining orders. (See previous EdSource article.)

Until now, charter schools have been exempt from the California Healthy Youth Act, which requires that public schools teach “medically accurate” and “age appropriate” comprehensive sex education. Among other things, the law delves into specific issues regarding the sexual health and development of LGBTQ students and addresses issues relating to HIV prevention, relationship abuse and sex trafficking. Beginning in the 2019-20 school year, charter schools must teach comprehensive sex education beginning in the 7th grade. (See previous EdSource article.)