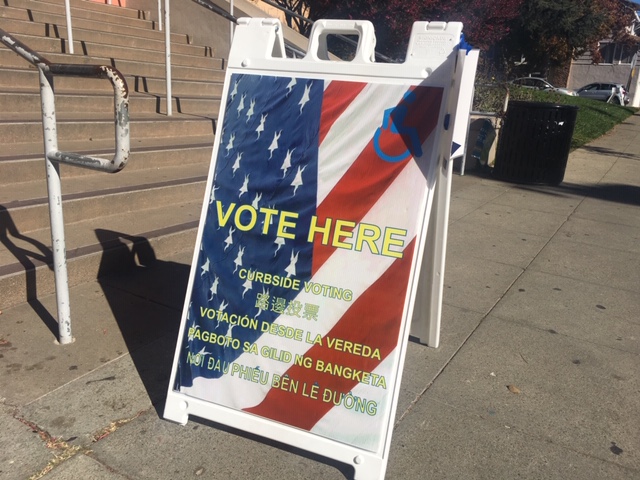 Thurmond overtakes Tuck based on a larger share of uncounted ballots

As California counties continue to process mail-in and provisional ballots, Assemblyman Tony Thurmond, D-Richmond, has taken a substantial lead over Marshall Tuck in the race for California’s state superintendent of public instruction.

Thurmond has not only erased the 86,000 vote lead Marshall Tuck enjoyed last Wednesday, but as of Tuesday at 5:30 p.m. now leads Tuck by a 67,,000 vote margin, according to the latest figures released on Monday afternoon by the California Secretary of State.

The earlier count did not include millions of uncounted mail-in ballots that arrived after Election Day, or provisional ballots issued at polling stations.

The momentum in the race is now clearly on Thurmond’s side.  Ever since county election officials began tallying the uncounted ballots last week, Thurmond has outpaced Tuck in the vote count.

An EdSource map of election results shows that Tuck won the majority of votes in 41 out of 58 counties. But Thurmond has gotten majority support in many coastal counties, especially in high population regions of the state like Los Angeles and the San Francisco Bay Area.

The state superintendent’s position remains the most closely contested race for a state office in California, and one of the most expensive.   It is the only nonpartisan position of eight statewide officers.  All but two of the races for those positions have been easily won by Democrats.  The vote tally for insurance commissioner was also initially close. But Ricardo Lara, a Democrat, has pulled ahead of Steve Poizner, running as an independent. Lara continues to widen his lead, which is now at 186,000 votes.

In a tweet yesterday, Thurmond said, “there are still millions of votes to count. Let’s count all the votes and make every vote count!”

Thurmond and Tuck are both Democrats. Thurmond was endorsed by the California Democratic Party, as well as by many prominent Democratic lawmakers and leaders, but Tuck also garnered endorsements from many Democratic elected officials and others.

They agreed on many key education issues, including the need for more funding and the importance of closing the achievement gap in California schools.

Tuck was a former president of Green Dot Public Schools, a charter school network in Los Angeles.  He insisted that he backs all public schools, not just charters.  Thurmond in turn said he supports charter schools, pointing to several he voted to authorize when he was a school board member in the West Contra Costa Unified School District.

But they differed in their views on the pace at which charter schools should be allowed to expand.

Thurmond said he would support a pause in further expansion of charter schools to deal with the financial impact further expansion could have on districts. Tuck opposed any such pause, but said that districts should be given temporary financial assistance to help them deal with the loss of income as a result of students enrolling in charter schools.

If Thurmond ends up winning the race, it would represent another high-profile setback for prominent charter school advocates, many of them multi-billionaires who pushing for further charter expansion. Last spring, they spent over $20 million backing former mayor Antonio Villaraigosa in his unsuccessful race for governor against Lt. Gov. Gavin Newsom.  Several of them contributed similar amounts that ended up going to an independent expenditure committee backing Tuck.

What is still unknown is how long it will take to count all the ballots. “There are a massive number of ballots, and we have 58 very different counties, each with its own way of counting and its own level of resources,” Sam Mahood, a spokesman for California’s Secretary of State Alex Padilla, told the San Francisco Chronicle. “Counting that many ballots takes time, and there aren’t many ways to shorten the process.”

Three quarters of the uncounted ballots are mail-in ballots that arrived after last Tuesday’s election date. About 1 in 5 are those cast by people who showed up at the polls to vote, but for a variety of reasons were issued provisional ballots. A much smaller number are same-day registration ballots.