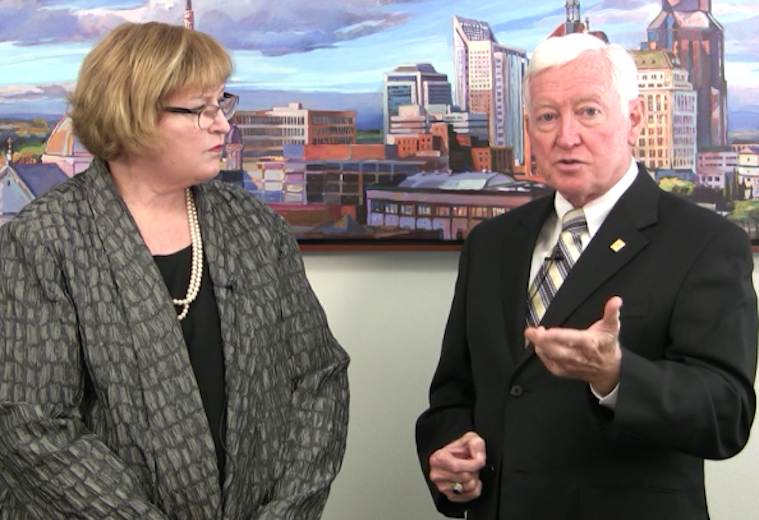 Ron Bennett, the chief executive officer of Sacramento-based School Services of California, Inc., and mentor for many school executives during the two decades that he ran the state’s largest school district consulting firm, died on March 17. Bennett, 71, became ill while on a flight to Sacramento from Los Angeles, after an all-day  review of  financially  troubled Inglewood Unified.

Molly McGee Hewitt, CEO and executive director of the California Association of School Business Officials, a longtime associate of Bennett, will remember him for his guidance. “He was one of a handful of colleagues on whom I could always count to tell me the truth, give me honest feedback and offer advice,” she wrote in a tribute. “I wouldn’t be where I am today without him! He continually encouraged me to become a better leader and to make a difference.”

Others cite similar experiences. “He saw something in me that I did not see in myself,” wrote  School Services President John Gray, who met Bennett when working for him in financial services at Fresno Unified. “He decided to make me a project, similar to how he made a project out of restoring old Corvettes. Ron had a passion for making people around him better. He took an interest in my career, and for that I will be forever grateful.” Gray succeeded Bennett as School Services president in 2014.

School administration was a second career for Bennett after having risen to lieutenant colonel in the Air Force. Before School Services founder Ken Hall chose him as his successor in 1999, Bennett served as the chief financial officer for Long Beach Unified and Fresno Unified, respectively the third- and fourth-largest districts in the state, and superintendent of ABC Unified in Los Angeles.

Some administrators coming from the military have had difficulty adjusting to the public school bureaucracy, said Carl Cohn, who became Long Beach superintendent after Bennet had joined the district. “Not so with Ron,” Cohn wrote in an email. “He hit the ground running, and developed an uncanny grasp of the politics needed to lead a large urban school district.”

Cohn, who now directs the California Collaborative for Educational Excellence, a new agency coordinating the state’s role in the new school improvement and accountability system, said Bennett made a “lasting contribution” to Cohn’s leadership style. It was “his demand that, after discussing an agenda item ad nauseam at the superintendent’s cabinet meeting, we actually ‘pin the rose on someone to get it done,’ rather than leaving the meeting without a clear sense” of who would follow through.

“To this day, my CCEE staff will hear me ask ‘who are we pinning the rose on to get this done?'” he wrote.

One of Bennett’s roles at School Services was labor negotiations. Hall said the firm turned to Gray and Bennett for the most difficult cases, for crisis bargaining after districts and unions reached an impasse.

“He was skilled at being able to reduce tensions with humor and stories of life and work closely with both sides,” Hall said.

Claudia Briggs, communications assistant manager for the California Teachers Association, said that Bennett earned the respect of the union.

“He was a tough advocate for school districts but was always honest and professional in dealing with us,” she wrote in an email. “Ron shared CTA values of wanting to provide students with the quality education they need and deserve. CTA had a long history of working with him and of being able to settle contracts that ensured students’ learning conditions and educators’ working conditions were as best as they could be considering the financial situation of the districts.”

Angela Su, a school finance specialist for CTA who was Bennett’s counterpart, brought in when negotiations had reached an impasse, said that in her experience, “Ron always operated with integrity and kept his cool — he was a hard man to ruffle. He was a straight shooter that allowed us to make deals that were difficult to make.”

Su first encountered Bennett when she was in her 20s, and Bennett was “old enough to be my father.” He took a personal interest, always asking about her children. “I learned a lot by how he behaved — even as my adversary.”

School Services will hold a celebration of Bennett’s life at the Hyatt Regency Ballroom in Sacramento on Tuesday, April 3 from 5:30 to 7:30 p.m.  There also will be a memorial service at Shannon Mortuary in Orange, CA on Tuesday, March 27.  Go here for details.