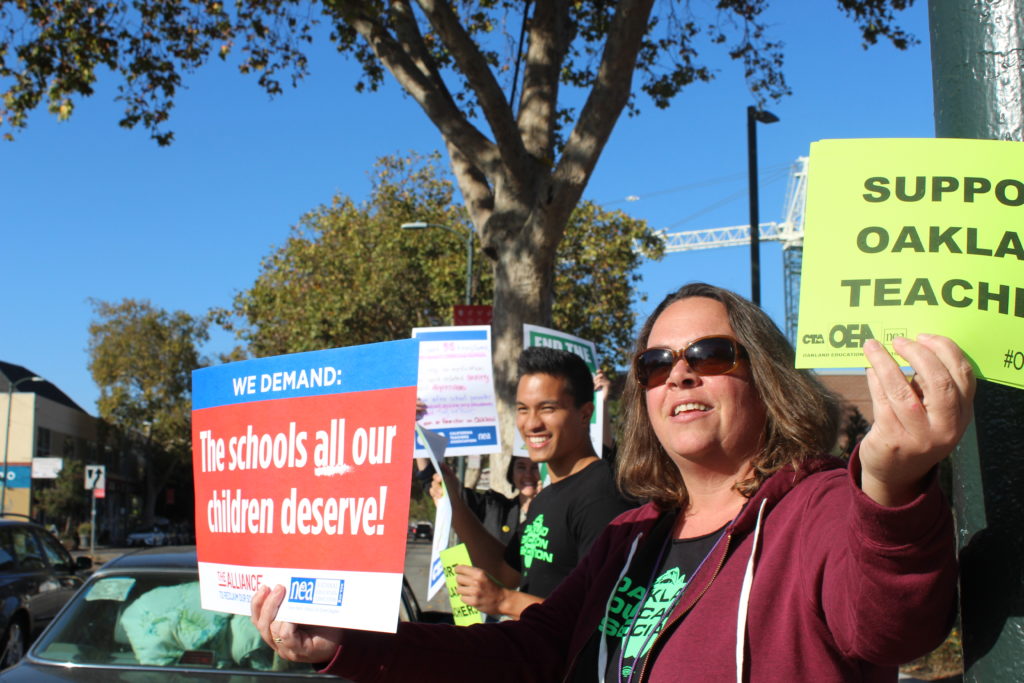 A walkout could occur as early as next month 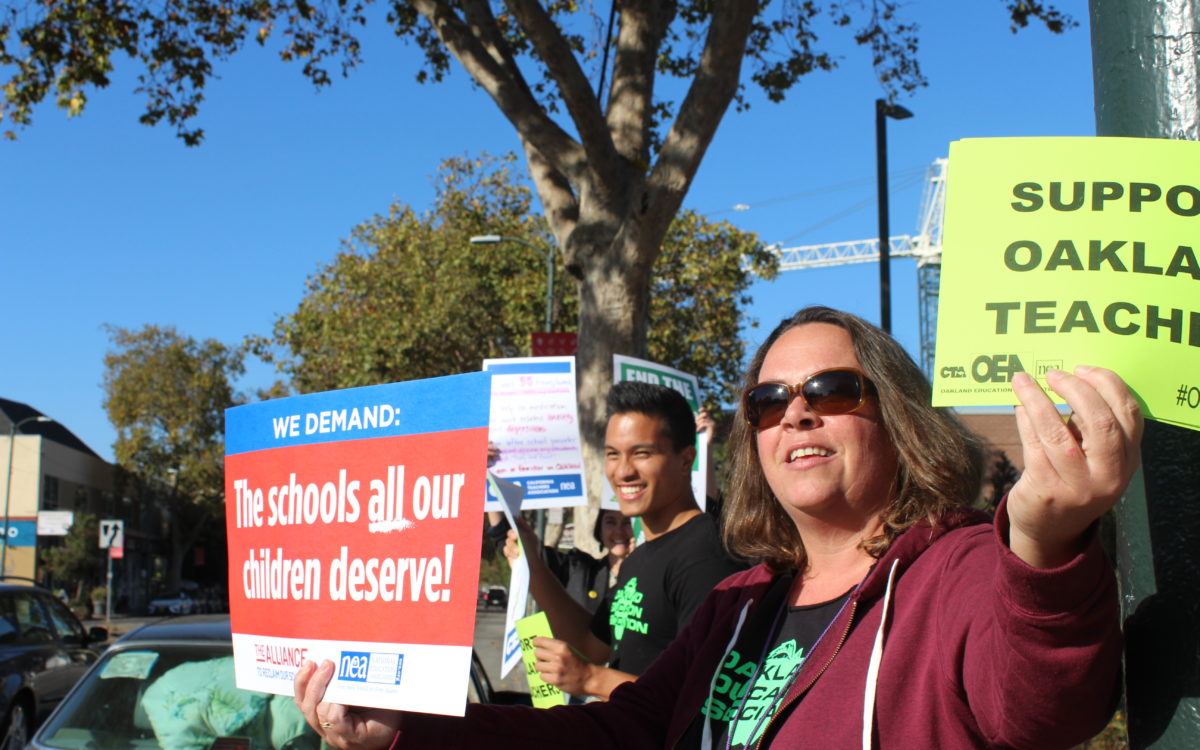 Like educators in Los Angeles, teachers in Oakland Unified are gearing up for a possible strike as early as next month if the district does not meet their demands for salary increases, reduced class sizes and more support for students, including nurses and counselors. 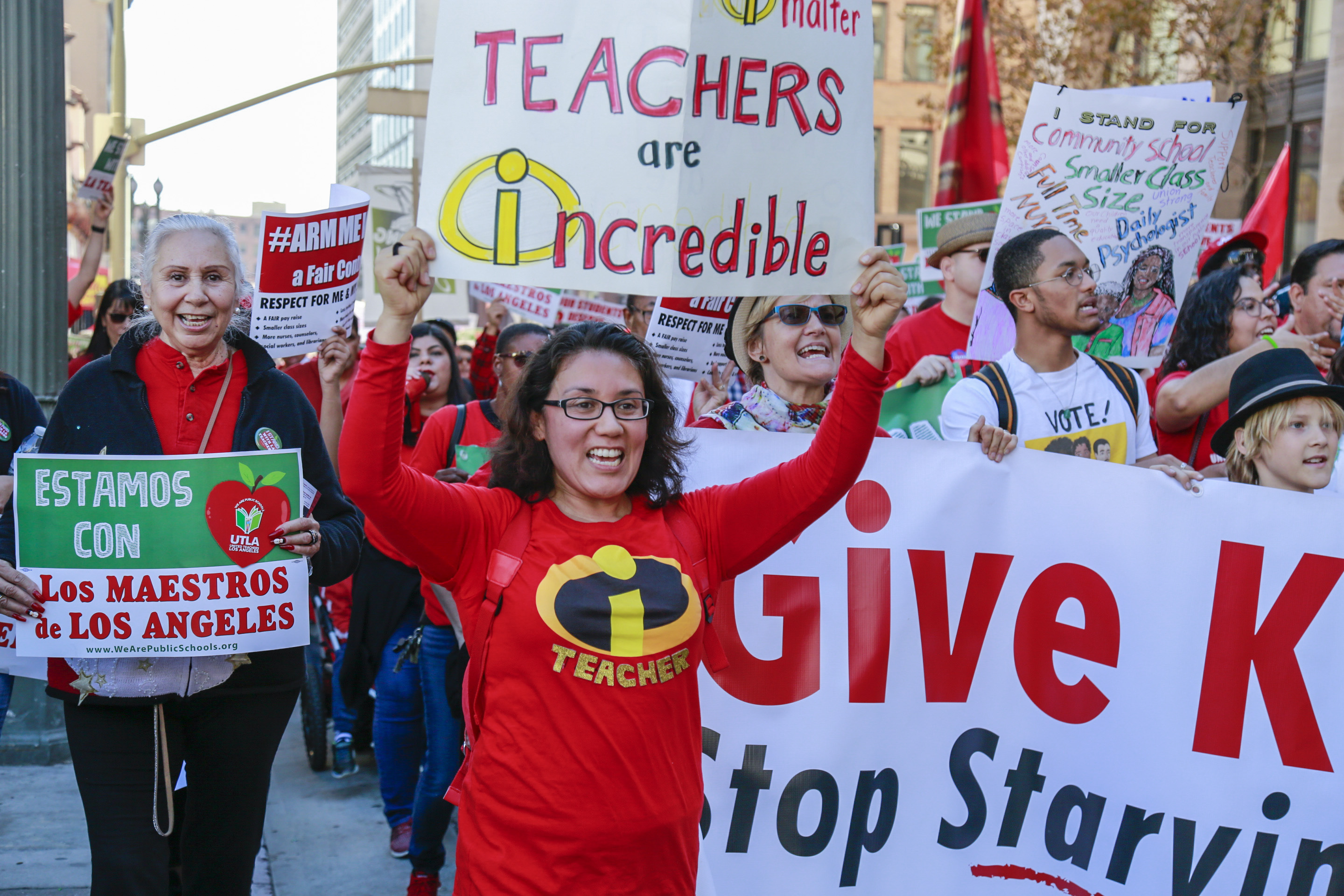 “Teachers are fed up with the poor working conditions and salaries, and with the learning conditions that our students are having to endure,” said Keith Brown, president of the Oakland Education Association teachers’ union. “We are fighting to end Oakland’s teacher turnover crisis and to bring stability for our students. We demand a living wage, lower class sizes and increased student support.”

The executive board of the union voted unanimously Wednesday to give Brown the power to call a strike authorization vote, which is the first step in moving toward a strike, according to the union’s bylaws.

But Los Angeles teachers are farther ahead in the multi-step negotiations process than Oakland and set a strike date of Jan. 10 after a neutral panel issued a fact-finding report on Wednesday. Oakland teachers and the district have reached impasse and conducted unsuccessful mediation, so are just beginning the fact-finding phase, which is expected to take several weeks. After a fact-finding report is issued in Oakland, the district could impose its last offer and the union could strike.

Although Oakland Unified faces up to $30 million in cuts to its budget for next year to avoid deficit spending, the school board and superintendent agree that pay raises are a priority to improve instruction and keep teachers from leaving the district. The board expects to vote on budget cuts in February, along with possible school closures or consolidations, which the teachers’ union opposes.

“We’re committed to resolving the situation and compensating our teachers appropriately,” Superintendent Kyla Johnson-Trammell told EdSource on Wednesday, adding that the district must also focus on remaining fiscally solvent. “I am fully aware that it’s not going to be an easy process.”

The union is asking for a 12 percent salary increase over three years, along with graduated class size reductions over the next two years and deeper class size cuts in schools where 75 percent or more of students are low-income, foster youth, homeless or English learners. The district offered 5 percent over three years and slight class size reductions only in some 4th and 5th grades classes, as well as in physical education and fine arts, with a special education class size cap at 15 students per teacher.

Brown said he expects a fact-finding hearing to take place sometime next month. However, in an effort to keep negotiations going, the district has asked the union to move forward with talks, spokesman John Sasaki said Thursday.

“We were hoping to continue discussions while we’re still in fact-finding.”

Brown said the union has told the district it awaits a new proposal.

“I haven’t heard back,” Brown said. “From what I’ve heard, they are preparing for fact-finding.”

Oakland teachers have been ramping up pressure on Oakland Unified by picketing after school to raise awareness of their demands. In addition, teachers from three schools staged a “wildcat” walkout during classes last week that was not union-endorsed.

“We don’t want to strike, but we need to let them know that we need a fair contract,” said Robert Smith, an Oakland High art teacher who was one of about 100 teachers and students who participated in the walkout, along with some from Fremont High and Madison Park Academy. “We want equal pay compared to other districts in Alameda County.”

Our numbers are growing!

Sasaki noted that while the district does not pay as much in salary as some neighboring districts, Oakland Unified pays all healthcare benefits for full-time teachers and their families.

“We’re hopeful that we can come to a resolution that satisfies both sides,” he said.

Some teachers in the United Teachers of Richmond union in West Contra Costa Unified have shown solidarity with Oakland and Los Angeles teachers as part of the statewide “Red for Ed” movement, which included a gathering in downtown Oakland last Saturday that coincided with a Los Angeles teacher’s march. The movement has grown out of teacher protests last spring across the country that featured teachers wearing red.