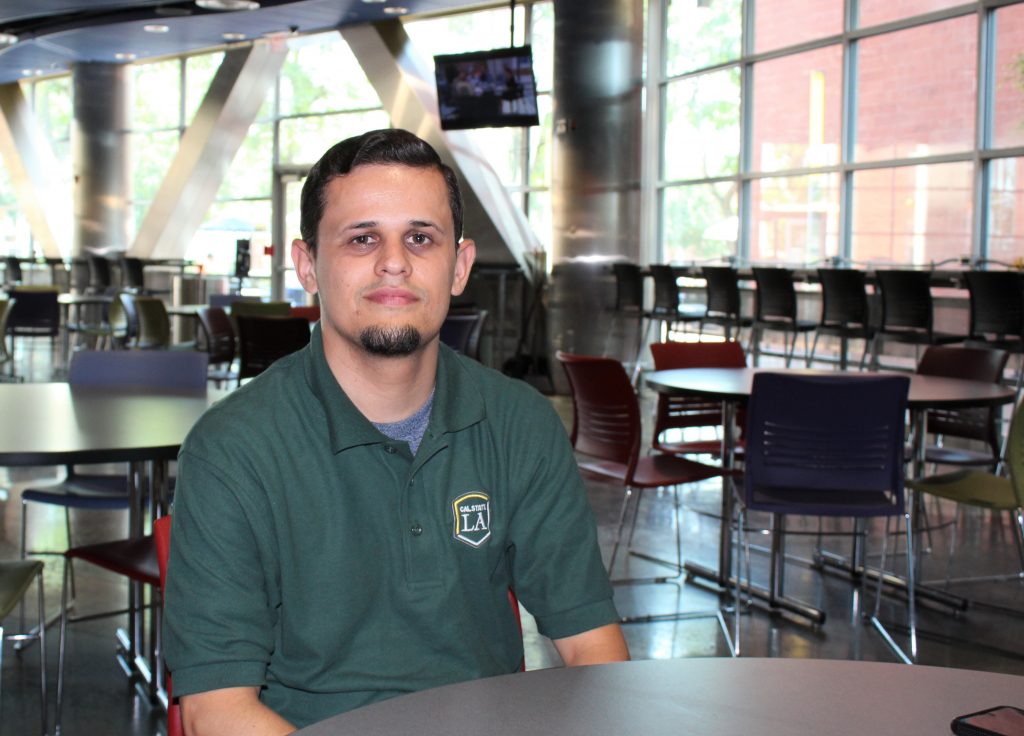 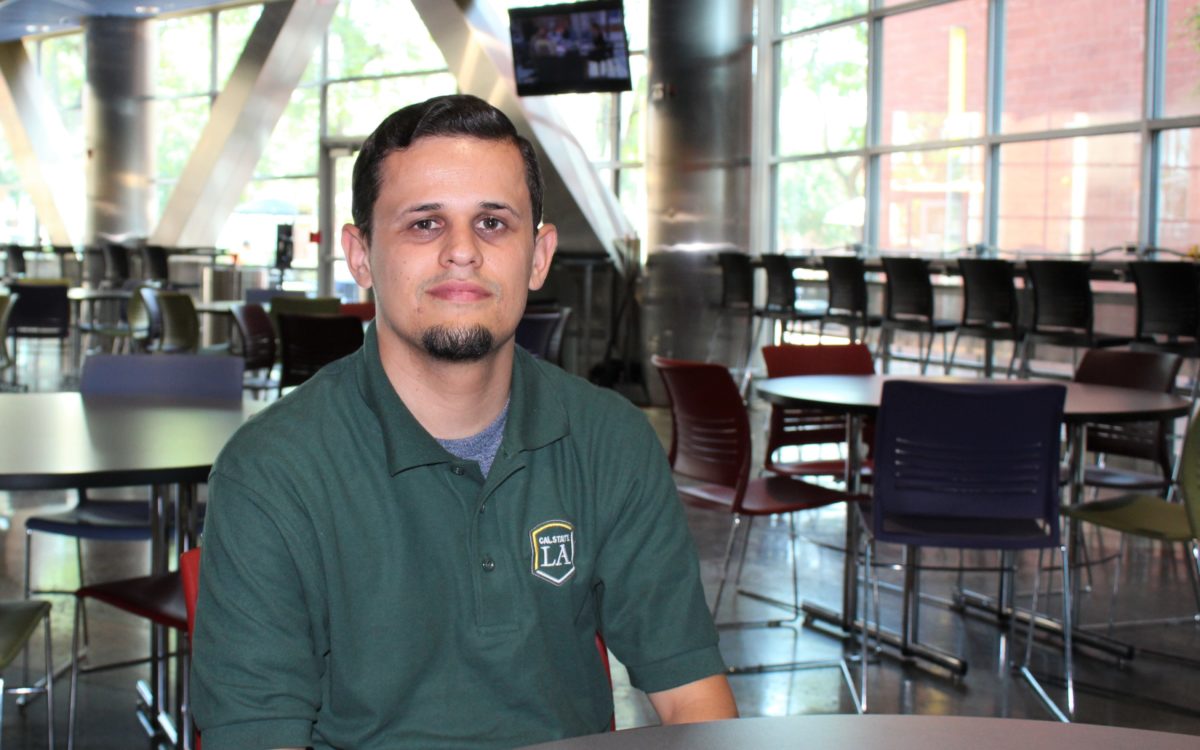 Federal financial aid changes are producing significant enrollment increases in summer classes at many California colleges and raising hopes that students will be graduating faster as a result.

Cal State Los Angeles, for example, has experienced nearly a doubling of its summer school population to about 5,900. Officials attribute most of that growth to the revival and expansion of federal Pell Grants that Congress approved last year for low- and moderate-income students. “That’s a pretty impressive increase in one year,” said Thomas Enders, campus vice provost for enrollment services.

Other Cal State campuses, including those in Sacramento, Fresno, San Jose and San Diego, also say their summer enrollments are up due to the federal aid.

With the first summer of Pell Grants underway at most colleges, California students and administrators report that a hefty number of new grants are providing as much as $2,960 per student for tuition, books, transportation and other expenses. In some cases, the grant allows more students to take required courses that were oversubscribed in the regular school year, helping them to earn their degrees without delays and possibly avoid having to take out more loans.

Some campuses also have seen a big rise in the number of students taking more than one summer class because the summer Pell Grants are awarded only if a student enrolls in at least six academic units, which usually equals two courses, Enders added.

Many Cal State campuses and community colleges sent out notices earlier in the year to eligible students to let them know of the possible awards and that they didn’t even have to fill out any additional financial aid application for the summer grants. They just needed to register for courses and show up.

Cal State Los Angeles student Antonio Saavedra, a business management major, said he was “super happy” to learn about the summer Pells. He receives an employee tuition discount in fall and spring because he works as a full-time campus custodian on overnight shifts. But that savings does not extend to summer classes.

So the part-time student previously could not afford to attend summer school, slowing his progress to a bachelor’s degree. However, things changed this year thanks to the new summer Pell Grants.

Saavedra’s $1,480 summer Pell Grant, he said, paid most of the $1,920 tuition for the two ethnic studies classes he is now taking to fulfill graduation requirements. The aid “is working in my favor to keep me on track to graduate,” said Saavedra, who is 25 and lives in Glendale.

When Congress last year expanded the use of federal Pell Grants for summer school, college and university officials warmly greeted the reforms and thanked President Donald Trump for signing the legislation that included the changes. The schools’ optimistic expectations in many cases are being realized, although some schools say it is too early to be sure.

Aimed at students with annual family incomes generally below $50,000, Pell Grants are the most important part of federal aid and are usually packaged in the regular academic year along with loans, state aid and campus grants. And in a valuable difference from some other forms of aid, Pell Grant recipients are allowed to use whatever is left over after tuition payments for books, living costs and transportation.

In recent years and most of the past decades, Pell Grants could be used in the summer only if students had leftover funds from their awards for the fall and spring. Students can still do that but, under the federal legislation, they now can also receive up to an extra semester’s worth of Pell funding for summer school in addition to their fall and spring awards.

A student who attends full time this year in fall, spring and summer can receive a maximum of $8,880 total in most cases. That maximum is scheduled to rise to $9,142 for the 2018-19 school year but students’ awards differ depending on need and course load.

Still, students face time limits on how long they can receive the grants. Federal rules allow the equivalent of 12 semesters of Pell Grants whatever the season. And a summer can eat one of those semesters. That can possibly cause problems for a student who is taking more than five years to graduate.

Similar summer Pell Grants existed for two years during the Obama administration but then were killed off in 2012 for being too expensive and not proving to accelerate time to degrees significantly. This new version drops prior, more complicated rules about course loads that made it difficult for some students to qualify and instead simply requires they take at least six summer units.

The summer Pell Grants are particularly helpful for older students who are juggling family and job responsibilities with their studies and can not attend college full-time, according to Mamie Voight, vice president of policy research at the Institute for Higher Education Policy, a Washington, D.C. nonprofit dedicated to widening access to college. Being able to take summer classes “is really valuable for them to help continue to make progress toward graduation,” she said.

And while there is no solid national data yet on the impact of the new summer Pell Grants, Voight said the ability to attend year-round is important because it keeps student more in touch with schools without interruptions. If students remain more engaged with their campuses, they are “less likely to pull away,” she said.

Diane Cheng, associate research director at The Institute for College Access and Success, a research and advocacy organization that is headquartered in Oakland and works to make college more affordable, agreed that the summer Pells are helping many students. But she said she is worried about the grant’s lifetime limits. She said “it can be risky” if students use the Pell money to take summer classes that don’t count toward their degree or majors or wind up not being transferable to other colleges. If they use up their eligibility too soon before graduation, they may be at a loss financially during their final terms, she said.

The summer Pell program is “a great thing for sure for students, but there are limitations,” Cheng said.

At Cal State campuses statewide, summer Pells are especially helpful since most of the summer classes receive no state subsidies and can be relatively expensive compared to other semesters. The tuition is often about $1,000 for a three-credit summer course, plus campus fees and other expenses. So significantly more students are taking advantage of the aid and some are using it to take classes that are oversubscribed during the regular school year.

Last year at Sacramento State, students could use only the leftovers from their fall or spring Pells for summer tuition. With the new expansion, the number of students using summer Pell Grants nearly tripled to about 1,750 so far, officials reported.

At San Jose State, which advertised the grants early on, the number of Pells went from 111 last summer to 414 this year, with a value expected to total about $575,000. As a result, more students may need to borrow less during the rest of the school year and by earning their degrees faster, “they will be able to enter their careers a little bit earlier,” said Coleetta McElroy, interim associate vice president for enrollment services.

As a result of the stronger economy and availability of jobs, the number of students at many California community colleges has dropped somewhat in recent years. At Santa Monica College, summer enrollment is about 6 percent below last year’s but would have been weaker still without the summer Pells attracting students, according to William Bloom, associate dean in charge of financial aid and scholarships.

Community colleges like his usually charge only $46 a unit for summer classes and some low-income students may be eligible for state-financed tuition waivers. So their additional summer Pell Grant may go solely to books and living expenses. “It’s a plus,” Bloom said.

Nationally, about 7.1 million students received Pell Grants, totaling about $26.6 billion, in the 2016-17 school year and the average award for fall and spring combined was $3,740, according to a study by the College Board.