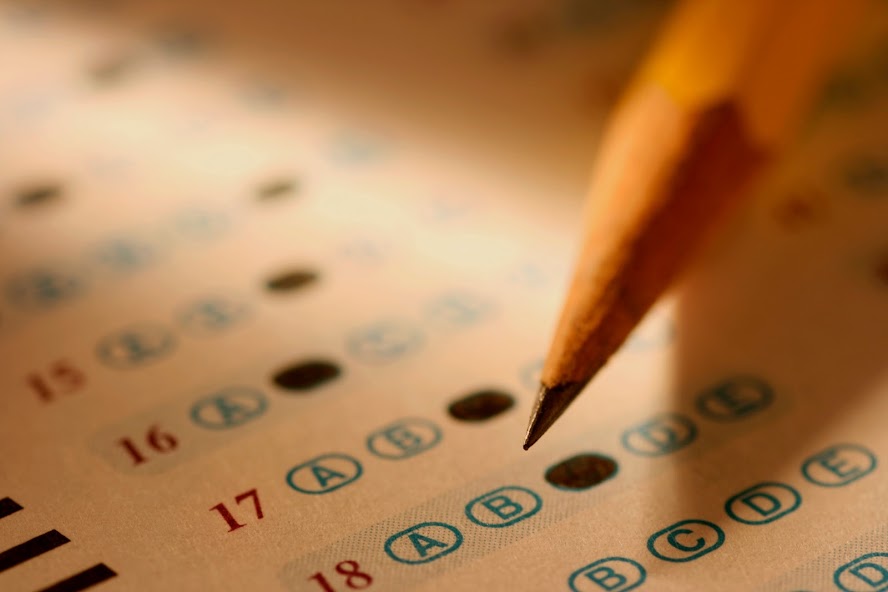 The California State Legislature has just approved an ill-conceived idea to allow local school districts to replace the 11th grade Smarter Balanced Assessments aligned with the Common Core standards with college admissions tests like the SAT or ACT.

In contrast, the SAT and ACT are “norm-referenced” tests, forcing students’ scores into a bell curve-shaped pattern, with most students scoring in the middle and fewer students scoring at the high and low ends. These tests are most useful to highly selective colleges looking for the students who are fastest and best at filling out bubbles in a multiple choice format like the SAT.

The SAT/ACT bell curves lock in significant group differences in math scores between boys and girls and even larger disparities in math and reading scores between racial/ethnic subgroups. The developers of the SAT and ACT accomplish this by picking only new test questions that are each skewed (by gender, race/ethnicity) similarly to last year’s test overall, so they reproduce those same group score differences in an internally reinforcing cycle.

Both the SAT and ACT experience periodic cheating scandals and scoring debacles, along with other issues (for more information, see here, here and here). On the most recent SAT, just administered on August 25, it appears that an SAT test form that had been used previously was reused and some students may have unfairly benefited because they had worked on the same form in their preparation. ACT’s latest challenge is a class action lawsuit filed on August 6th in Los Angeles, alleging that ACT improperly revealed personal information involving disabilities of seven students from three states, including California.

As to gender equity, both the SAT and ACT flunk. For decades, both have consistently chosen math questions that unfairly and significantly disadvantage girls. On the Smarter Balanced assessments, as on most other standardized tests, girls now have very slightly higher average math scores than boys. Yet girls still have much lower average SAT and ACT math scores than boys; for example, girls’ SAT math scores were almost 30 points lower than boys’ scores in California last year. Nationally, that SAT math gap favoring boys has fluctuated between 30 and 46 points every year from 1972 to 2016.

I’ve spent several decades providing SAT and ACT test prep to students. Besides content knowledge, these tests also measure test-taking technique (how to use shortcuts to quickly pick the best bubble answer) and speed. In California, we should measure content knowledge, not bubbling skills.

Probably the only rational arguments in favor of replacing the Smarter Balanced test with an SAT or ACT are: students will then take one test and they can use that score for college applications. And, taking that one SAT/ACT will prompt more low-income and first generation students to apply to college.

Those would have been really good arguments five to 10 years ago. The world has changed. Now many hundreds of colleges allow students to apply without an SAT or ACT score, including the California State University system (no test score needed with a 3.0 GPA, though a high score might help a student with a lower GPA) and, recently, the highly selective University of Chicago.

All low-income students can get two fee waivers from the test companies, so they can take the SAT and ACT twice for free. Instead of paying for all juniors to take the SAT or ACT once (which could include some students who can easily afford to pay themselves), school districts should implement effective efforts, using college counselors, to provide all eligible students with two SAT and/or ACT fee waivers.

Finally, some additional reasons why the Smarter Balanced tests should not be replaced:

Both State Superintendent of Public Instruction Tom Torlakson and State Board of Education President Michael Kirst are opposed to using the SAT or ACT this way, noting, “the current Smarter Balanced assessments are cost-effective, valid and reliable, measure all performance levels, provide appropriate supports and accommodations, have passed peer review and are compliant with state data privacy laws.”

Here’s hoping that California doesn’t drink the Kool-Aid of adopting one-size-fits-all national test brand names that do not target all skill levels, as the Smarter Balanced Assessment does.

This is one of two commentaries that provide opposing perspectives about Assembly Bill 1951. For more information, see:

Jay Rosner is the Executive Director of The Princeton Review Foundation, which provides test prep resources to low-income and underrepresented minority students, and engages in advocacy on testing.