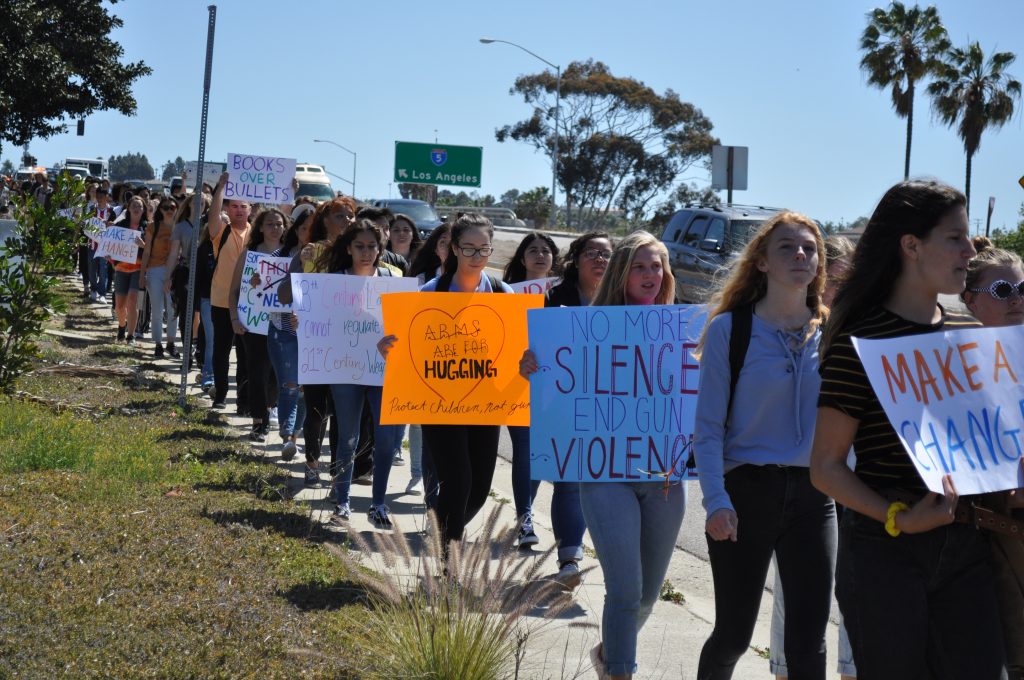 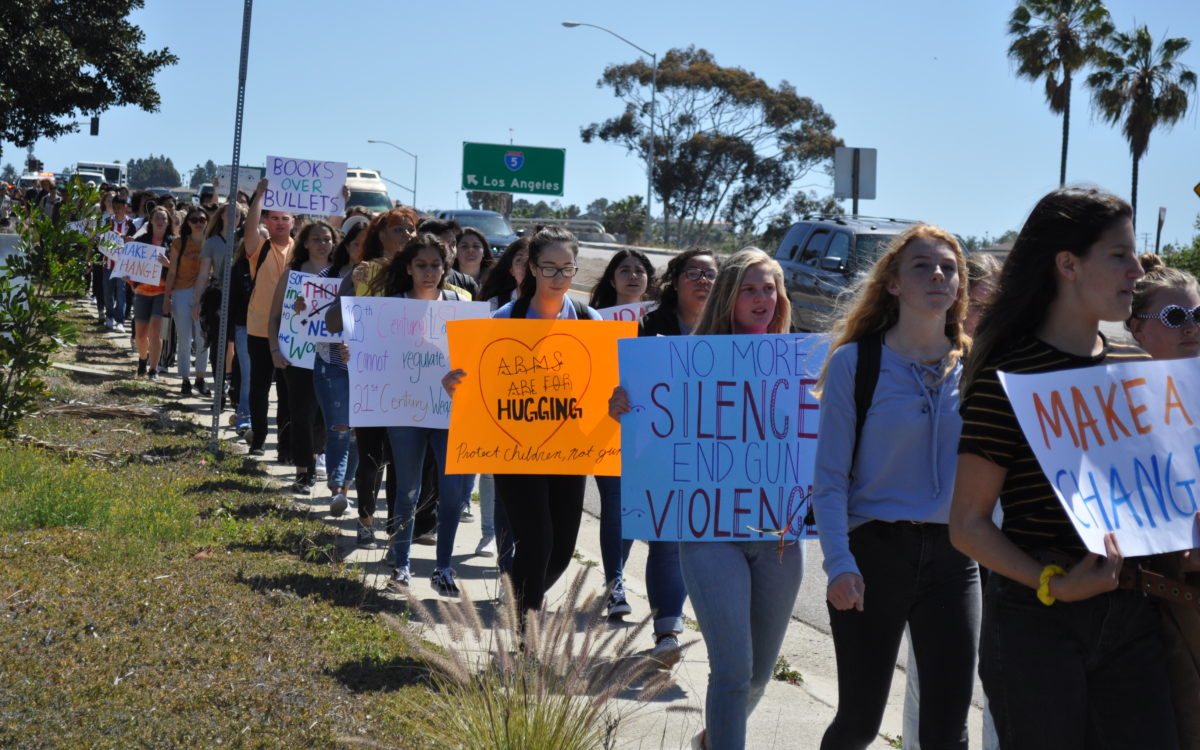 Thousands of students throughout California walked out of school Friday, joining the third in a trilogy of national protests over the past month to demand stricter gun control laws in the wake of February’s massacre at Marjory Stoneman Douglas High School in Parkland, Fla.

Friday’s walkouts marked the 19th anniversary of the 1999 mass shooting that killed 13 people at Columbine High School in Littleton, Colo., which at the time was the deadliest school shooting in history.

The protests Friday, organized by Change.org, were in many respects similar to the National School Walkout on March 14. The earlier walkout was just 17 minutes long, one minute for each victim in the Parkland massacre. At many schools Friday, students left their campuses and marched and rallied for hours.

On March 24, millions worldwide participated in March for Our Lives protests, which, like the March 14 walkouts, were organized by EMPOWER, the Women’s March youth group.

That was the case in San Diego, where students at Clairemont High School and Mission Bay High School converged on the city’s Mission Bay Park, where voter registration tables were set up.

“If I can vote and voice my opinion, then I can make a difference,” said Natalie Meins, an 18-year-old senior at Clairemont High.

Here’s a rundown of coverage of the walkouts in other cities across California:

— Students walked out of a number of schools in Los Angeles. In Santa Monica both high school and college students converged on City Hall.

— More than 100 students walked out of Fresno’s Edison High and staged a protest at the Fresno Unified district office.

— In Sacramento, hundreds of students marched around the campus of Kennedy High School.

— Students throughout the Bay Area walked out, including hundreds who marched on San Jose’s City Hall.