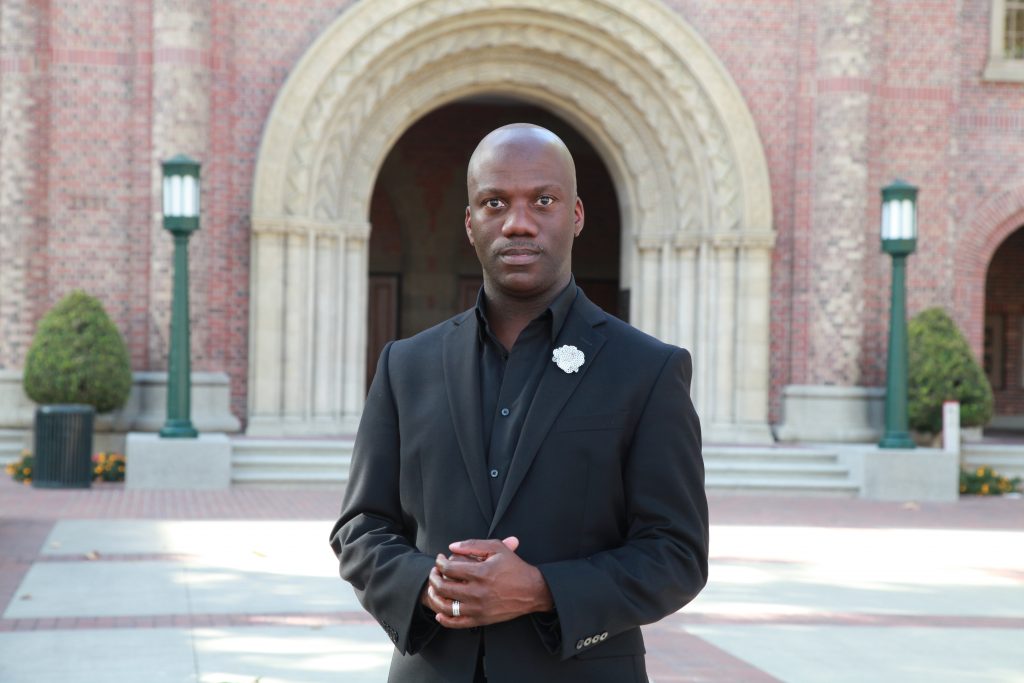 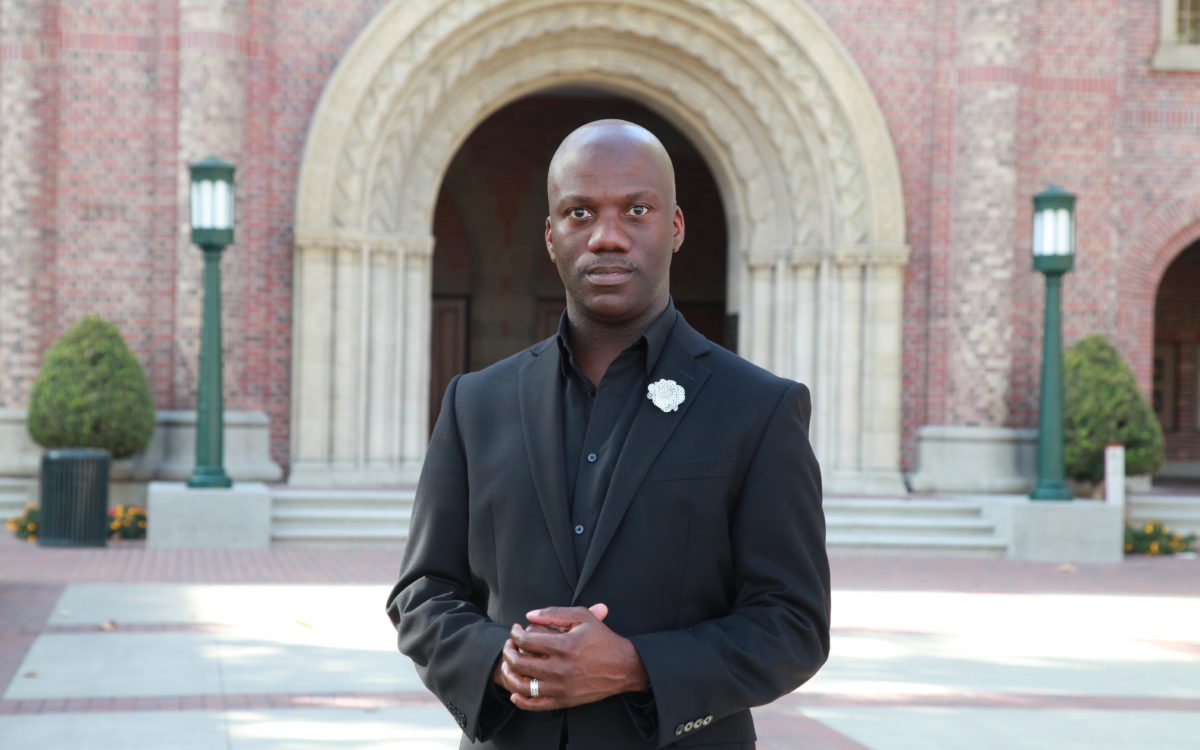 Shaun R. Harper is an important voice in the discussion about racial inequities in education. His research on the struggles and successes of young black and Latino men in college is much cited and he founded a University of Pennsylvania center that studied such issues. Recently hired by the University of Southern California, he is now executive director of the USC Race and Equity Center, a new think tank addressing issues across academic disciplines. By 2019, the center is expected to launch a national annual survey of student attitudes and experiences about race, gender and other factors in college campus climates.

Harper, 42, earned his bachelor’s degree at Albany State, a public historically black university in Georgia, and his doctorate in higher education at Indiana University. He just completed his presidency of the Association for the Study of Higher Education. An education and business professor, Harper recently spoke with EdSource senior correspondent Larry Gordon at the USC Rossier School of Education near downtown Los Angeles. The interview has been edited for length and clarity.

What do you want to learn from the new survey?

We want to measure the extent to which students feel a strong sense of inclusion and belonging on campus, and an understanding how that varies by racial group. And we are interested in the extent to which students interact meaningfully across racial differences. All institutions spend varying degrees of effort to assure there is a diverse student body in composition but when you walk on to the campuses, even racially diverse ones, there are pockets of ethnic clustering and racial segregation, not just among students of color but white students too. We know students often come to college from incredibly segregated residential patterns and K-12 schools. So they don’t have a whole lot of preparation for interacting with people different from themselves. We are interested in having students reflect on where and what they learn about race and their feelings of readiness to participate in a racially diverse democracy after college.

You talk a lot about a sense of belonging. What does that mean?

Belonging is: I belong here and there are several cues and frequent reminders that I am important here. That the cultural history and the culture I bring to this place is valued and is included.

And what is the opposite? Is there not-belonging?

When in every class you enter, you are the only one or among only a few of your racial group in that class, it might signal to you that you don’t belong. Or if in every class, all your professors are white, it might signal to you that smart people of color don’t belong here. Or when the only people who look like you are cutting the grass, emptying the trash or frying French fries in the food court, that might suggest to you that my people are not thought of as professorial or professional. Not that custodians, grounds keepers and food service employees are not professional; but they are not located at the power epicenter of the campus. That signals to a young Latina that Latinas like her are not highly valued at the institution.

Lately many colleges are using the term First Generation to tout diversity, especially since racial affirmative action is illegal at California’s public campuses. What do you think about that term and is it a proxy or a substitute for racial diversity?

I’m not going to say it is any less or more important than race but it’s certainly not the same thing. It’s so much easier for institutions to deal with class and deal with poverty than it is to name racial problems, racial realities… Yet, it annoys me actually when people use class as a proxy for race. It’s still not the same thing.

You went to a historically black college and strongly support those schools. But you have worked at diverse and relatively white campuses. Is there something about an HBCU that other schools should learn from?

Your professors (at historically black colleges) are going to have high expectations of you and are not assuming you are here because of affirmative action or only because you play on the basketball team. They are going to assume you are here because you are smart and they want to help affirm and invest in your brilliance. That’s the cultural ethos that is most appealing to me. I know what is possible on a campus and that some of those lessons can be applied (elsewhere). I just wish more predominately white universities were able to create affirming cultures, to offer culturally relevant and responsive curricula and provide protective spaces where students aren’t being harassed or even in some instances terrorized.

The Cal State system is getting rid of remedial education and those non-credit courses some students had to take. Do you think that improves their chances for success in college or are they being denied an opportunity to learn what they didn’t in high school?

What do you think about standardized admissions exams like the SAT and ACT? Do you think they should be dropped in college admissions?

Standardized tests are often misused. The test makers themselves make it very clear that the SAT, for example, has no predictive utility beyond the first year or at times even the first semester of college. So why do we base so much of our college admissions decisions on how well one performs on the SAT? I think it is useless… We should use high school records and other artifacts, letters, essays and interviews to help us gain insight into a student’s brilliance and aptitude and possibility…I have particularly strong views about this because I am a terrible test taker. My GRE scores would suggest that this guy isn’t going to succeed in graduate school. I think I did alright despite my GRE scores.

You’ve done a lot of research on what helps low-income and students of color succeed in college. What would you tell parents of a high school freshman?

Parents should be very consistent that ‘you are going to college.’ That should be the non-negotiable expectation. By and large it works. And it certainly beats the alternative of low expectations. I would also advise parents to get their children connected with college preparatory and college access programs outside their schools. There isn’t enough guidance counseling capacity in urban high schools for counselors to responsibly help teenagers find the right college. I would also advise parents that when they are on college visits to ask questions about the racial composition of the student body and of the faculty and to ask very specific questions about the racial climate.

Your new center’s name is slightly different than the one at Penn, which had the word ‘education’ in its title while the new center does not. Is its focus wider?

The USC center is decidedly broader than our center at Penn was … Here we are concerned about all matters of racial equity. Obviously we are still very much including K-12 schools, colleges and universities and education policy-making. But we are also much concerned about racial inequity in health care and health outcomes as wells as in criminal justice and workforce outcomes. Because the truth is that all those things are mutually shaping forces anyway.