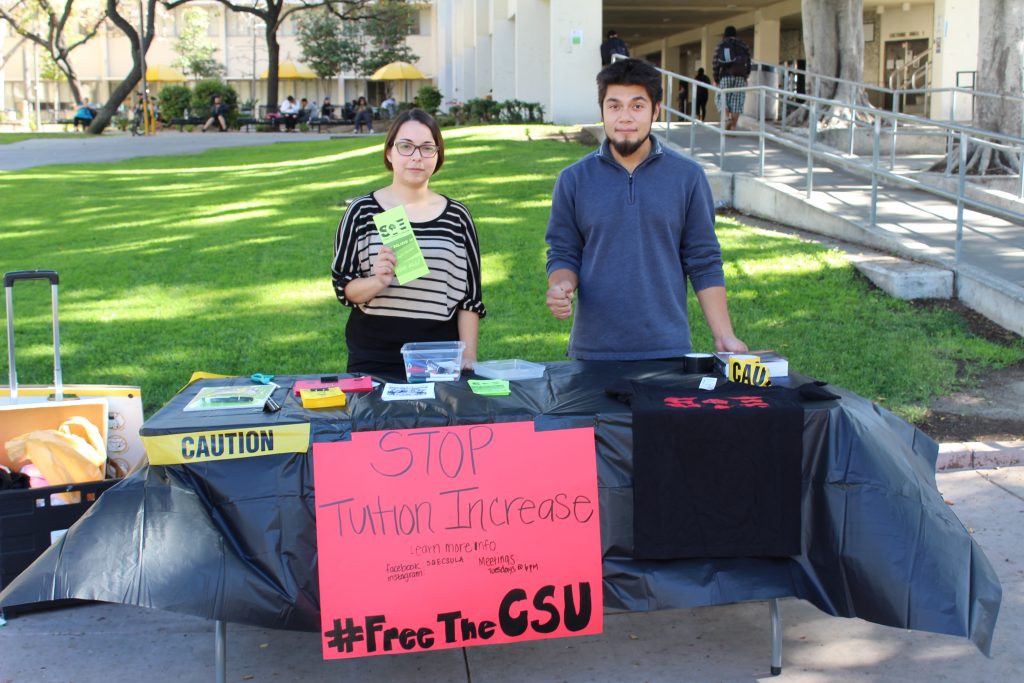 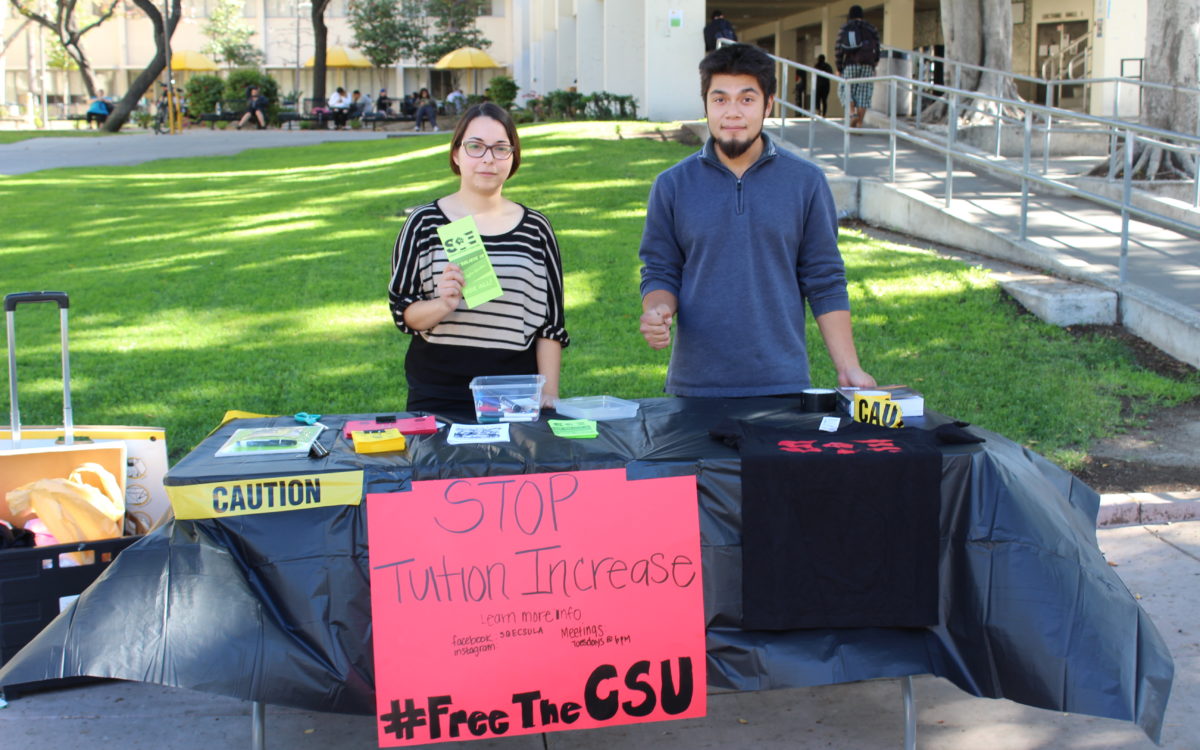 Trustees of the 23-campus California State University system postponed any vote on a possible tuition hike until May but warned that a $228 increase was likely, along with cuts in course offerings and enrollment, if the Legislature doesn’t substantially increase funding.

Much of the discussion at the trustees’ meeting in Long Beach on Tuesday focused on Gov. Jerry Brown’s recent proposal to increase state general revenues for Cal State by $92 million next year. That is a 3 percent increase in funding but $171 million less than the university system says it needs to pay for salaries, building maintenance, programs to improve graduation rates and other costs. The system’s operating budget this year is $6.1 billion, half of which comes from the state.

Like their peers at the University of California, the Cal State trustees and administrators said they would spend the next four months lobbying the Legislature and the governor for extra money. In hopes of changing minds in Sacramento, Cal State officials said they wouldn’t vote on higher tuition levels in March as planned and would wait until May. At the same time, they said they would prepare to enact the 3.9 percent tuition raise to $5,970 a year for California undergraduates, as well as possible reductions in courses and staffing.

The possible spending cuts and tuition increase “are not strategies we want to pursue. They are not desirable but they may be necessary in order to balance our budget,” said Steven Relyea, the Cal State system’s executive vice chancellor and chief financial officer.

Extended budget negotiations among Gov. Brown, legislators and higher education are nothing new. But as the state recovered from the 2008 economic collapse, agreements for extra state funding in exchange for tuition freezes held for five years — until last year. Then tuition rose $270, or about 5 percent at Cal State, and $336 or 2.7 percent at UC. This year, in his final year in office, Brown has been strongly vocal in opposing tuition increases and in pushing for reforms, such as more online classes, that could reduce costs.

John Nilon, the alumni representative on the Cal State board, on Tuesday criticized what he said was the governor’s efforts to bolster the state’s reserves at the expense of higher education. “The governor chooses to put those funds in a rainy day fund, thereby creating the rainy day for CSU,” he said, referring to Brown’s proposed budget putting more than $5 billion surplus in rainy day and disaster funds. Nilon urged Cal State leaders, staff, students and families to push hard in Sacramento with a message “that tugs at their heart strings, that makes a difference to the governor and the Legislature.”

Earlier in the day, Cal State system chancellor Timothy White delivered his annual state of the university address and said that campuses would continue to seek efficiencies but that cutting too far could lead to “a death spiral of lost quality and lost confidence. We cannot let our public university suffer that fate.” He said the university was all about “opportunity and prosperity, about social ascent and social justice.” So in pressing for more funding, he said he will emphasize that “sometimes good things cost money. The CSU is a good thing. It is a very good thing.”

Asked for a reaction, a spokesman for the governor forwarded a copy of Brown’s recent comments that higher education must learn to “live within their means” and be more efficient. The governor’s budget noted that state support for UC and Cal State has grown by nearly $2 billion since 2012-13 and that much of last year’s tuition increase was covered by Cal Grants, which came out of the general funds as well.

UC was expected last week to raise 2018-19 tuition and system wide fees by $342, to $12,972 for California undergraduates, but also decided to postpone a decision until May in hopes of more state dollars.