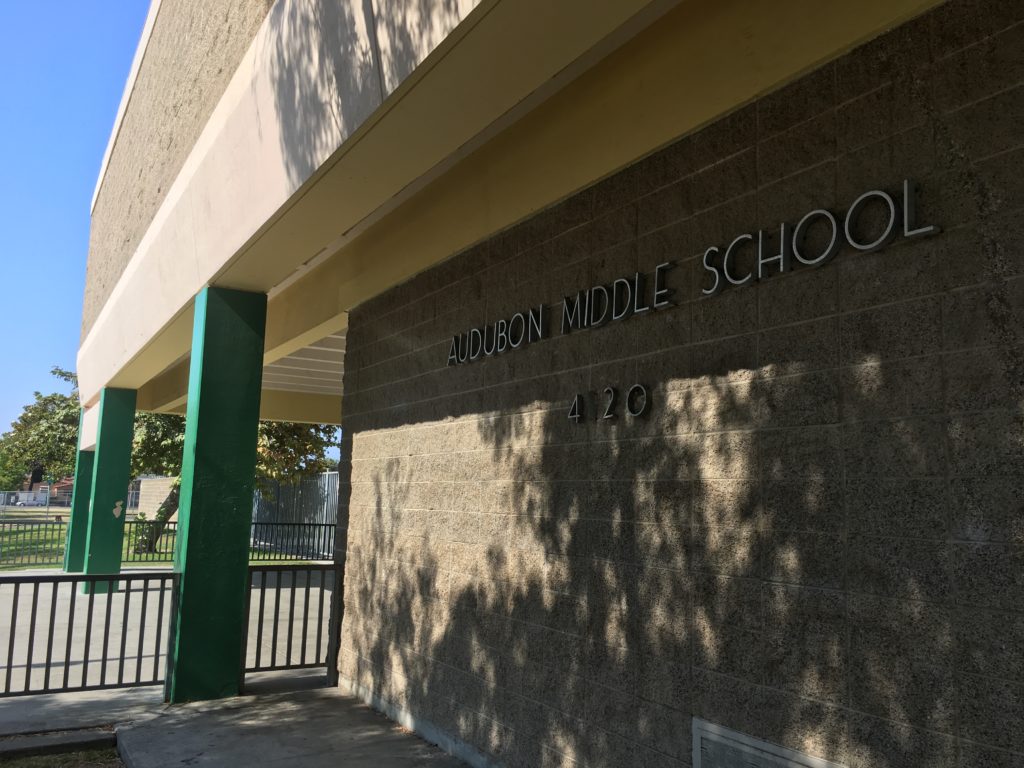 Speak UP says district must send information to parents 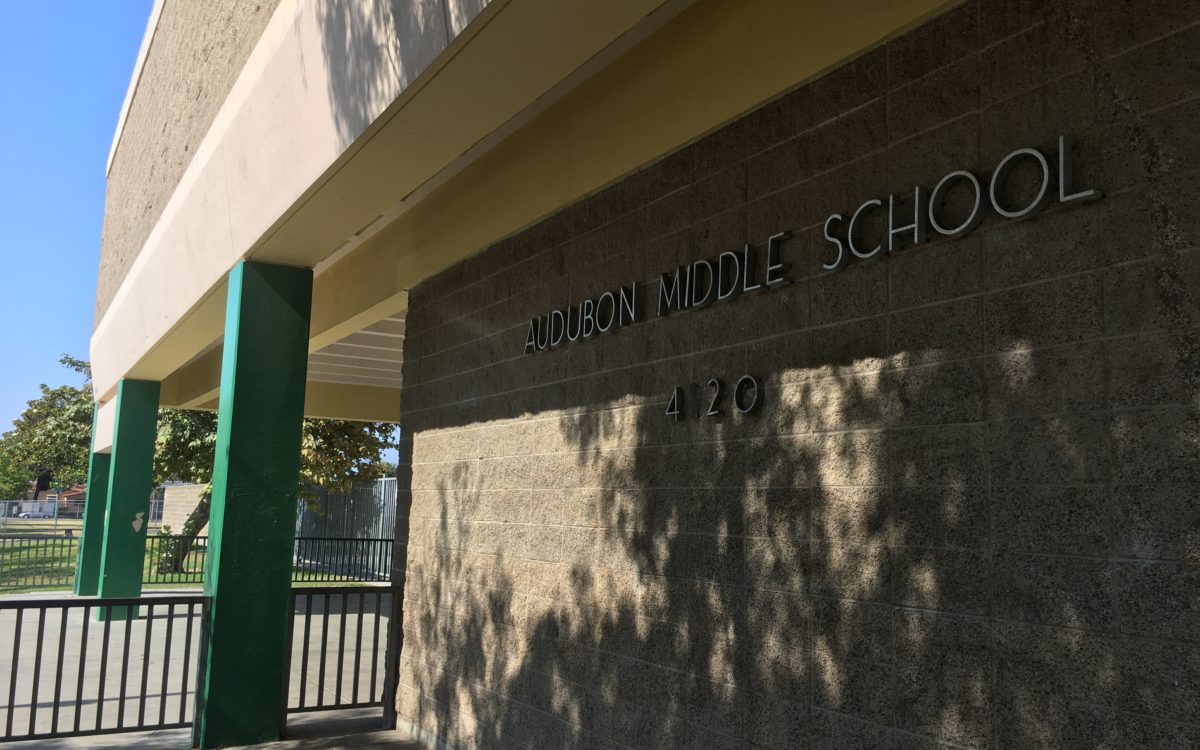 Audubon Middle School was one of more than two-dozen Los Angeles Unified schools where tests found levels of lead in drinking water over the state and federal limit earlier this year.

Audubon Middle School was one of more than two-dozen Los Angeles Unified schools where tests found levels of lead in drinking water over the state and federal limit earlier this year.

Speak UP, an organization representing about 3,000 Los Angeles Unified parents that pushes the district for greater transparency and other academic improvements, said the district’s practice of posting the results of lead testing online is not enough. The group is calling on the district to notify parents directly by mail, email, phone or text and not rely on parents visiting the web site.

“This is a really serious health issue and LAUSD has done nothing to proactively inform parents at the schools where the water can permanently damage their kids’ brains,” Daphne Radfar, Speak UP’s director of operations, told members of the Los Angeles Unified Board of Education during public comment at their meeting last week. “This is simply unacceptable.”

Los Angeles Unified spokesperson Elvia Cano said the district takes concerns from parents “very seriously.” However Cano did not address Speak UP’s call for the district to directly share the results of its lead testing program with parents, and said the district’s policies follow state and federal law.

“L.A. Unified has been a national leader on this topic and will continue to work with regulatory agencies and health experts on efforts to improve water quality,” Cano said. “We continue our policy of publicly posting results of lead testing online.”

California’s largest school district has long had one of the most extensive lead testing programs in the country and has spent more than $30 million on lead remediation over the past decade.

But an EdSource investigation found Los Angeles Unified does not enforce stricter standards some pediatricians and experts on the toxic metal say are necessary to protect children and keep families informed about potential lead exposure. And parents at several Los Angeles schools where tests found amounts of lead in drinking water well over state and federal limits earlier this year told EdSource they were never informed about those test results.

A state law that went into effect this year requires California schools to test their drinking water for lead and requires schools to inform parents if those tests find lead levels over the limit of 15 parts per billion. Los Angeles Unified elected to post test results to its website. However test results, including some of the most alarming lead levels, are regularly removed from the site after fixtures are shut down, meaning parents may never know about their children’s potential exposure.

Other school districts, such as Oakland Unified, send letters home to parents with the results of lead testing and whether levels of the toxic metal exceeded the federal and state limit of 15 parts per billion.

Los Angeles Unified posts its test result to a webpage that is difficult to find and, unlike other district communications with parents, is available only in English.

Radfar told the board it is “absurd to claim that the quality of information given to parents is acceptable.”

Speak UP Communications Director Jenny Hontz said school principals should be required to inform parents directly about the results of lead testing, such as with emails or calls.

Los Angeles Unified board members do not respond to speakers during the public comment period. Board members, including President Monica Garcia, did not respond to requests from EdSource for comment about the parent group’s demands.

Board member Nick Melvoin also declined to respond to Radfar’s comments. However, when asked by email last month about the district’s lead practices, Melvoin, like the parents group, called for greater transparency.

Melvoin told EdSource he believes the results of lead tests “should be more affirmatively shared with parents.” He also said test results on the district’s website should be easier to find and that information about lead testing should be included in Los Angeles Unified’s Open Data site, which includes information about schools’ demographics and test scores. A spokeswoman for Melvoin said Thursday that he still holds those views.

Radfar also took issue with other aspects of Los Angeles Unified lead policies and said she warns her child not to drink water from the fountains at his school.

District officials say that means their water is safe. But public health advocates such as the American Academy of Pediatrics warn that no lead level is safe and recommend a limit of 1 part per billion.

Some California districts have adopted more stringent lead policies that require schools to shut down and replace sinks and water fountains where levels exceed 5 parts per billion. Los Angeles Unified has not taken that step.

“All of these fixtures with lead need to be replaced,” Radfar said.

When lead levels over 15 parts per billion have been found, Los Angeles Unified in many cases relied for years on the practice of flushing — running water through fixtures for 30 seconds before the start of each school day to get rid of water that sat in pipes overnight — rather than replacing the outlets where those lead levels were found. Radfar cited new research reported by EdSource that has questioned how effective flushing is at preventing lead exposure.

Cano said Los Angeles Unified recently finished a $20 million program it started in 2015 to permanently shut down or replace fixtures where lead levels over 15 parts per billion are found, bringing an end to the flushing program.