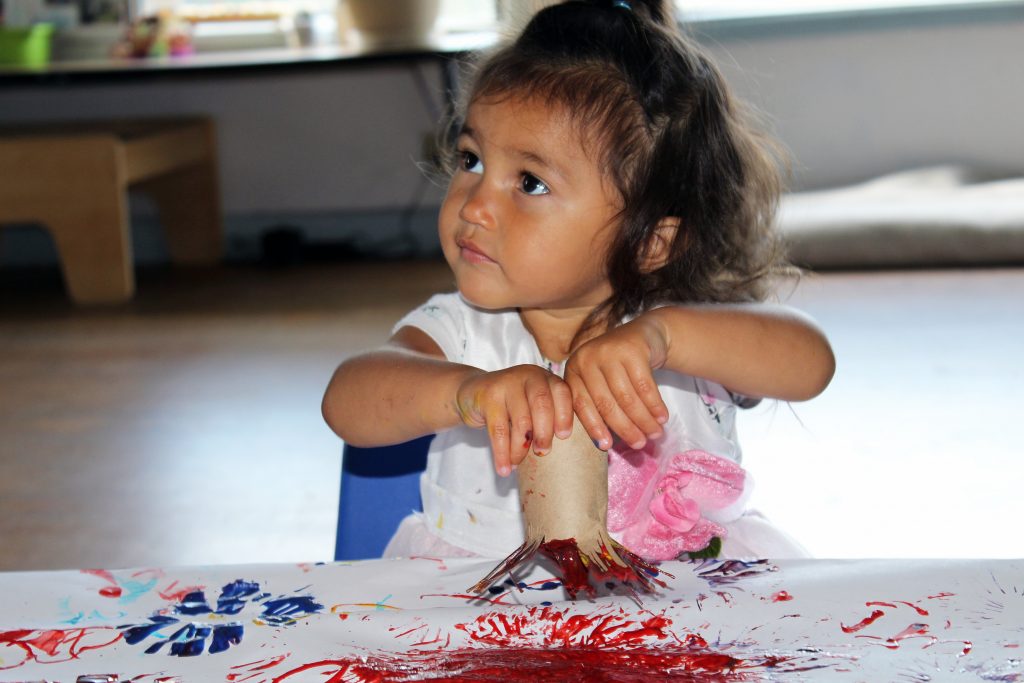 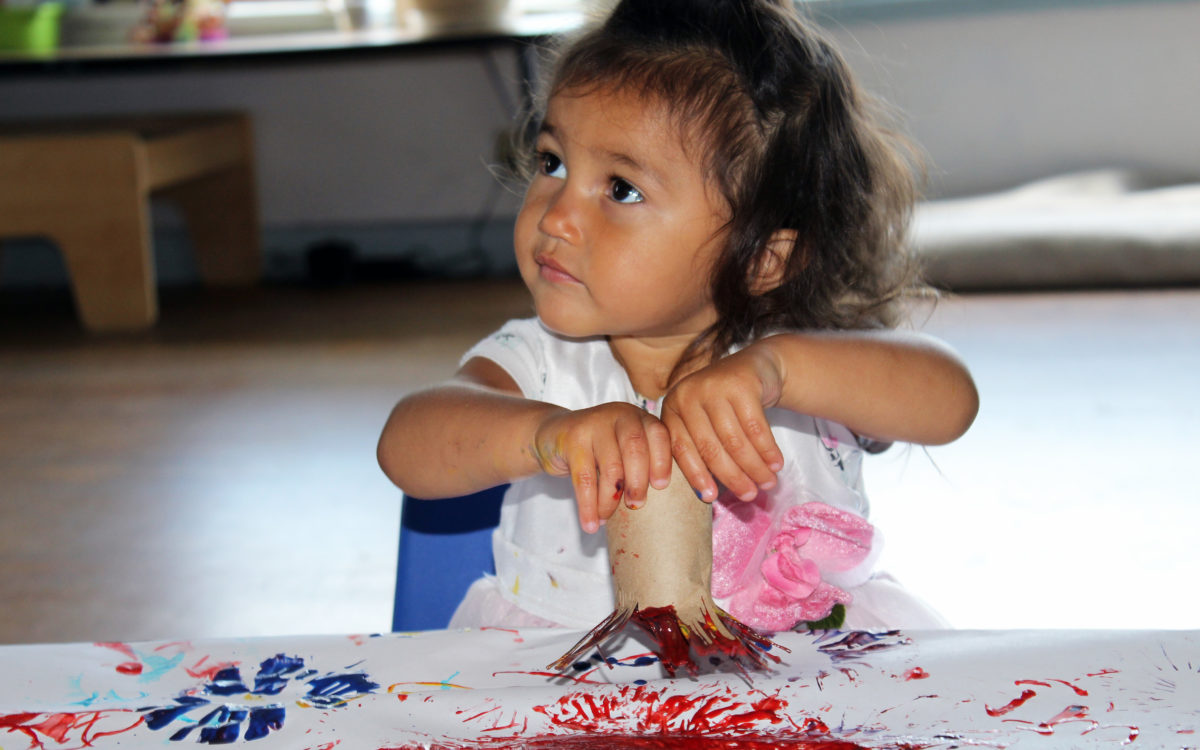 In recognition of the importance of involving parents in their child’s education as early as possible, community-based organizations in California have developed a range of strategies to increase parent engagement long before a child enters kindergarten.

Unlike California’s K-12 public school system, not all programs that serve infants and toddlers have a formal system in place to engage parents although state-funded preschool programs — for 3- and 4-year-olds from low-income families — are required to include a Parent Advisory Council. K-12 districts are required to involve parents to a greater extent as they create their Local Control and Accountability Plans, which list specific goals for students and schools and explain how they will spend state funds to achieve them. Every school is required to establish a School Site Council that includes parents. Parent engagement is also an indicator on the California School Dashboard, which rates districts and schools in multiple areas, such as test scores and graduation rates. And many schools have a PTA group that offers a way for parents to get involved.

But in the years leading up to kindergarten, the situation might be different. In some communities with large numbers of immigrant and low-income residents, where parents with young children can often feel disconnected from services, community advocates said it’s important to provide a space where parents can strengthen certain skills, like setting goals with their families, working to solve community problems and building relationships with other parents. That training not only improves parent involvement in early learning but has the potential to encourage parents to interact with each other and develop them as leaders in their community.

Two of the leading community organizations in California are Abriendo Puertas/Opening Doors and SOMOS Mayfair, which help parents connect with each other and build on the skills that support their children’s development. Following that model, other programs more recently established, such as the Starting Smart Initiative in Fresno and Literacy Champions in San Francisco and Contra Costa counties, focus on engaging parents early in a child’s education.

Cartwright said organizations and districts that want to encourage parent engagement have the tendency to “go in with the idea that we know what’s best — but those families, they live in the community, they work in the community and know what they need.” Those needs may include workshops that are culturally relevant and use bilingual books or materials. It could also mean encouraging parents to share stories and ask questions.

SOMOS Mayfair offers free parenting workshops in Spanish and English on topics like developing early reading skills and nutrition. Many of the workshop facilitators are from the Mayfair neighborhood and have a cultural background similar to that of the participants. During the workshops, the group discusses challenges that might be specific to the community. For example, a class on how to cook nutritious meals will include ideas from parents who live in the area, which has few grocery stores, Cartwright said.

Reinforcing the common adage, “You are your child’s first teacher,” is one of the primary goals of parent workshops at Abriendo Puertas/Opening Doors, said Adrian Pedroza, national director of strategic partnerships for the organization.

“We believe that when we engage parents in how to approach learning and development at home, that it will translate to more parent involvement at the school level,” Pedroza said. “We feel that parents have the solutions to best support their children and just need an investment and the support of their peers.”

More than a decade ago, when Abriendo Puertas first began, it was “at the forefront” of parent engagement, Pedroza said. The organization, which focuses on parents and caregivers with children 5 and younger, was one of the first to provide comprehensive training programs — on topics such as early literacy and health — created by Latino parents for Latino parents. It focuses specifically on the needs of immigrant families in low-income neighborhoods.

In Fresno, Maria Ceballos, a program manager in the early learning department of the Fresno Unified School District, said that partnering with community organizations is one of the most effective strategies districts can use to reach parents. Ceballos leads the Fresno chapter of the Starting Smart and Strong Initiative, a 10-year program that focuses on outreach and training for parents and educators of children 5 and younger. Fresno is one of three communities — along with Oakland and San Jose — that received a grant to start a chapter through the David and Lucile Packard Foundation.

Ceballos said they work with agencies like the Fresno Housing Authority and Early Head Start to provide formal and informal training on the importance of parent-child interaction. Sometimes that includes teaching early math and science skills through play groups. In other programs, parents have discussions and ask facilitators questions about their children’s development. Ceballos said often, they are affirming what parents are already doing. “We let them know, we are here to work from your strengths.”

Kelsey Gottschalk, a program supervisor for Literacy Champions in San Francisco, said workshops can boost a parent’s confidence. The program helps parents and caregivers learn early literacy skills, such as how to build a child’s vocabulary, and parents share what they know with others. “Instead of going to a workshop and saying ‘Oh that was interesting,’ it’s about taking what I’m hearing and saying, ‘How can I make this work in my community?’” Gottschalk said.

Parent Jacqueline Reyes invited her friend Rosario Rodriguez to learn early literacy skills through the year-long program, spearheaded by Tandem, Partners in Early Learning, an advocacy organization based in the San Francisco Bay Area. To become a Literacy Champion, parents are required to attend up to 10 hours of workshops during a one-to-two month period. Reyes completed those 10 hours and in addition, agreed to a year-long fellowship where she is using the skills she learned in the workshops to lead story hours in the community.

Reyes decided on six sessions of storytime for infants and toddlers at the Visitacion Valley Community Center in San Francisco, a central meeting place for many immigrant families who live in the neighborhood and surrounding communities. Reyes, who has attended other classes at Visitacion Valley, noticed there were no reading programs for young children at the community center and decided to provide one. At first, Reyes said it was “nerve wracking to interact with all the kids because they ask so many questions.” But on a recent Wednesday, during her second-to-last session, she said she could see the progress she’s made and she feels more confident reading stories and parenting.

“It helps that the moms who come in with the kids are moms I already know and I have a sense of community with them,” said Reyes, one of 138 literacy champions trained in the last three years. “Because we are all Latina mothers just like them. They can see we have done it and they can do it, too,” she said about the early literacy skills she’s learned. “We know our communities’ needs and so we are motivated and can support those families.”