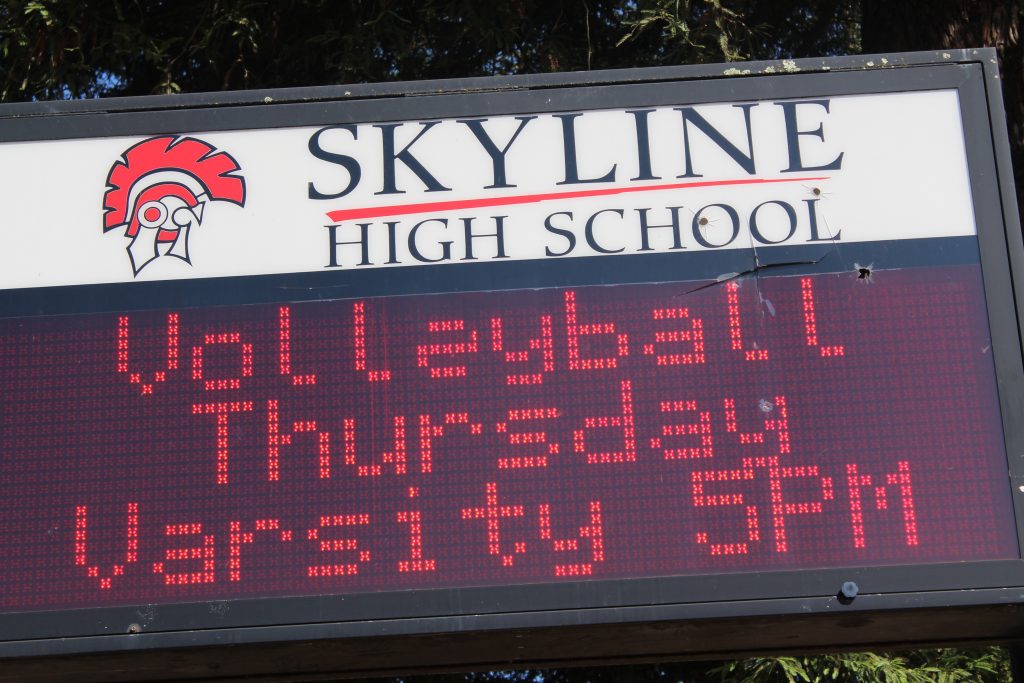 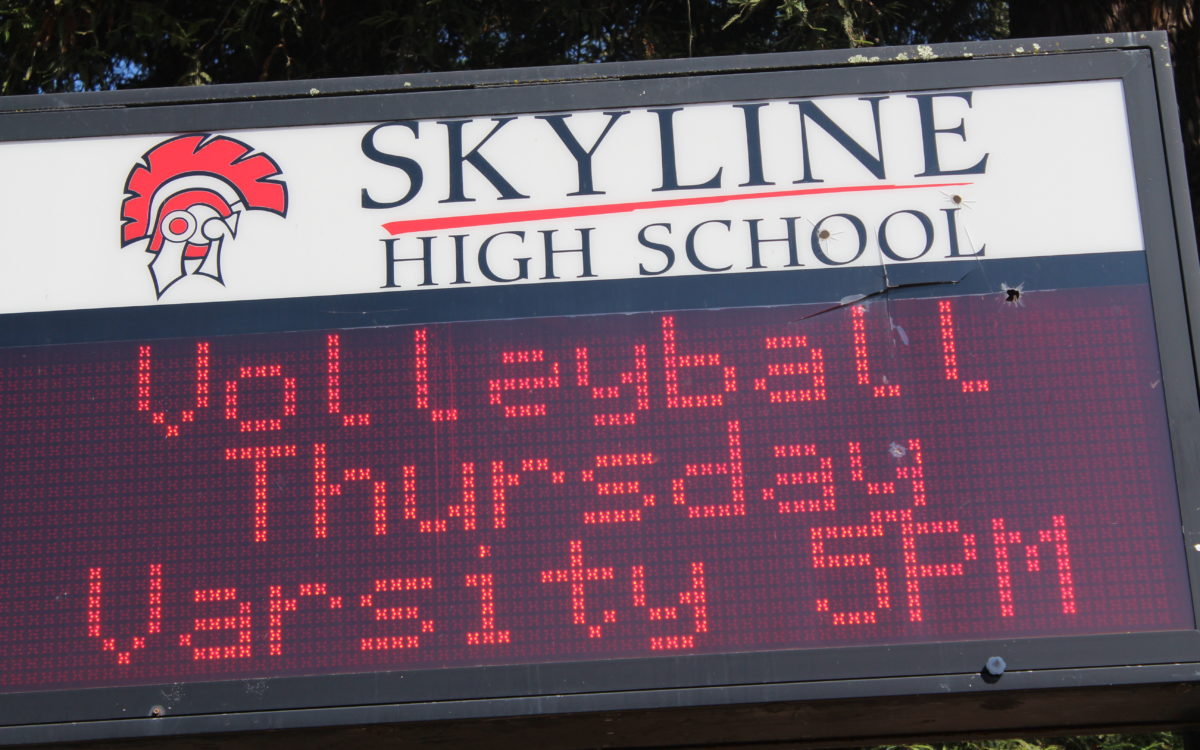 Theresa Harrington/EdSource Today
The Skyline High School marquee announces an upcoming volleyball practice in the Oakland Unified School District, which has eliminated boys' volleyball and several other sports due to budget cuts.

Theresa Harrington/EdSource Today
The Skyline High School marquee announces an upcoming volleyball practice in the Oakland Unified School District, which has eliminated boys' volleyball and several other sports due to budget cuts.

After learning that Oakland Unified planned to eliminate 10 after school sports due to budget cuts, the Oakland Raiders Tuesday announced they would donate $250,000 to help save some of the sports programs.

This is half the amount the district cut from its Oakland Athletic League as part of ongoing steps to address a budget deficit.

“The prospect of these kids losing their dreams was difficult to hear for everyone in the community,” said Raiders owner Mark Davis in a Facebook posting by the school district. “After-school athletics are an important part of the high school experience and this donation will keep student-athletes on the playing fields in Oakland.”

The district did not immediately identify which sports would be saved as a result of the donation. District Superintendent Kyla Johnson-Trammell announced last Friday that 10 sports would be cut, affecting 530 students, including 347 girls and 183 boys.

But by Tuesday morning, anonymous donors had come forward to rescue girls’ golf, tennis and lacrosse amid concerns that girls were being adversely affected more than boys, a violation of federal Title IX laws that require districts to treat girls and boys equally. The district also decided to convert bowling to a club sport.

In a message to the community Tuesday evening, Johnson-Trammell appealed for help and thanked those who had already begun rallying to support the sports programs.

“Everyone across our district knows well the value of sports to our students and in our schools,” she said. “Likewise, we know the serious financial challenges the district has been facing for several years now. Unfortunately, those two competing interests collided last week and we did not handle them as well as we should have. Now, we are making it right one step at a time.”

The district worked first to save fall sports and is now hoping to save wrestling, which is a winter sport, along with the remaining spring sports.

“Our long-term work is to develop a sustainable and equitable way to fund them and we will need everyone’s help,” Johnson-Trammell said.

The district has established a website to inform the community about new developments and has created an online fundraising campaign called “SOS: Save Oakland Sports,” through the Oakland Public Education Fund.

The Raiders are making their donation through the East Bay Community Foundation.

“For decades, the Oakland Raiders have been big brothers to our football players and models for all students to emulate,” Johnson-Trammell said. “They have been there for us when we were down and when our students needed someone to look up to.”

She compared the donation to “a last-second game-winning touchdown,” saying the money would “go a long way to ensuring that our young people can dedicate themselves on the fields and courts, in the pools and on the mats this year and beyond.” 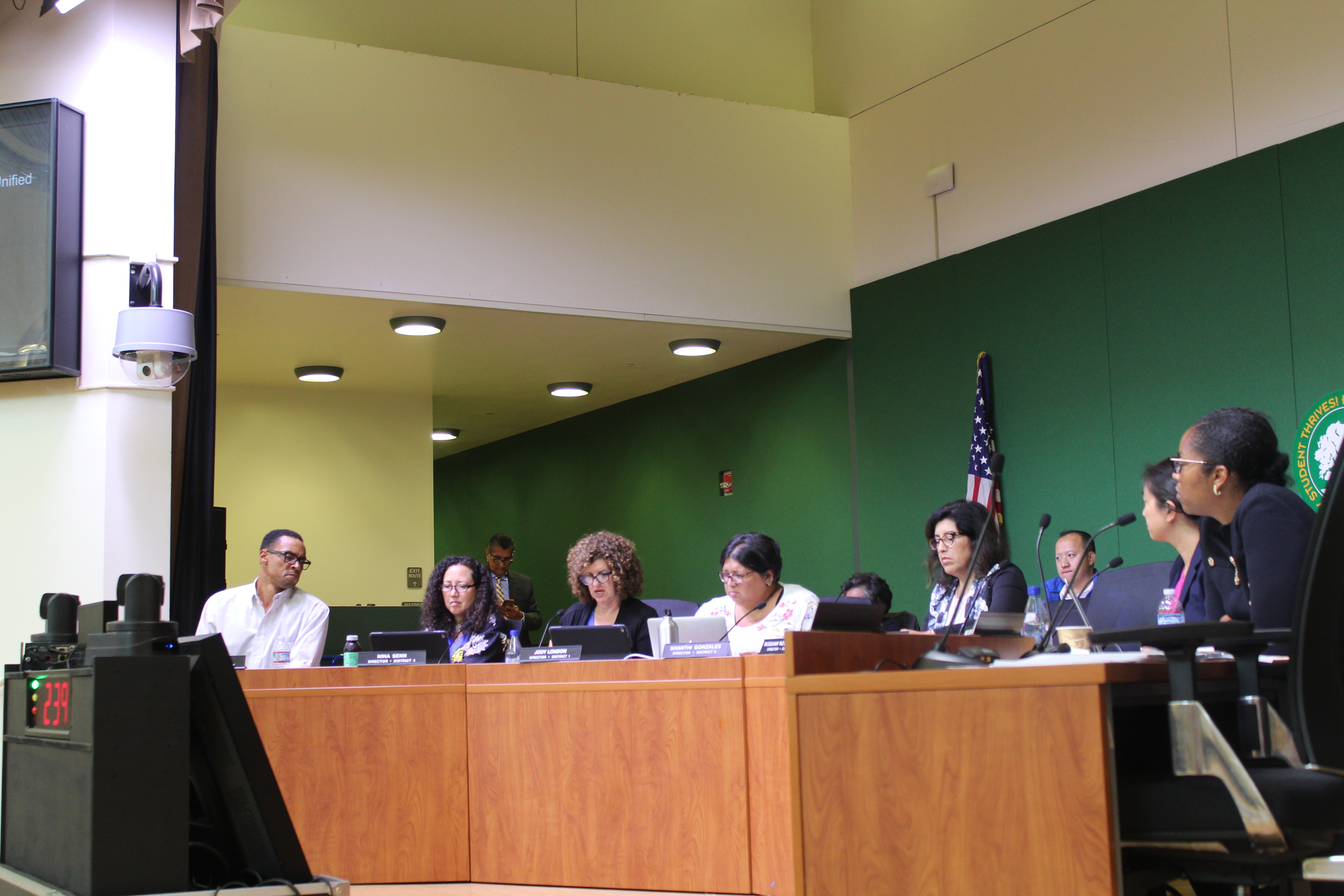 The district faces budget deficits of $20.3 million in 2019-20 and $59 million in 2020-21 if it doesn’t make $30 million in ongoing cuts a year from now. In the next few months, Oakland Unified officials will meet with employee unions to identify up to 340 positions that could be eliminated in 2019-20 to balance the district’s budget. A board committee charged with identifying the positions is meeting this week.