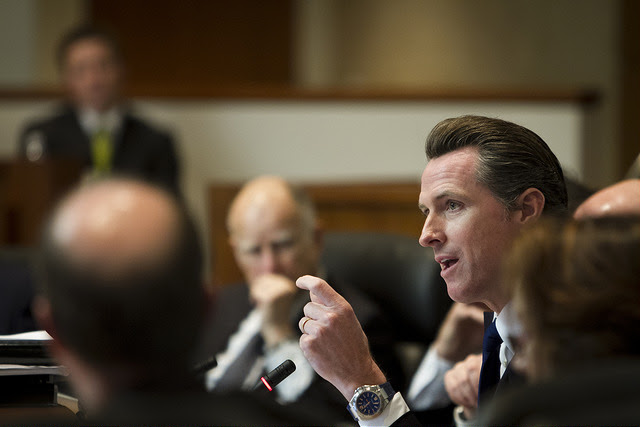 The governor-elect has pledged to establish a cradle-to-career system of education in California and made it a central tenet of his education platform.

To improve educational outcomes, the former San Francisco mayor argues that the state needs to begin offering services in early childhood with interventions continuing throughout school and college.

The Newsom campaign did not release cost projections for any of its proposed education policies during the campaign against Republican John Cox. But through an examination of previous legislative proposals, expert and advocacy group assessments and a review of comparable programs in other states, EdSource was able to provide a rough calculation of how much Newsom’s strategy could cost.

Universal preschool for 4-year-olds, one Newsom pledge, could cost more than $2 billion to implement. Another plank in his educational platform, guaranteeing California students two free years of community college, could be another $92 million a year.

While there is much that is uncertain and speculative — in many cases, Newsom has put forward broad goals rather than specific policy prescriptions — this is the first real picture of what an investment in education could look like under the Newsom administration.

Of all the governor-elect’s pledges, perhaps the biggest-ticket item is his call for universal preschool. A measure put forward in the last legislative session to expand what is known as “transitional kindergarten” to all 4-year-olds would cost in the “low billions” when fully implemented, according to a Senate Appropriations Committee estimate. Depending on the number of participating students, the cost of universal preschool would be between $1.97 billion and $2.35 billion annually. The cost of providing an additional high-quality year of schooling could be about $9,800 per student, children’s advocates say.

“It’s not inexpensive,” said Avo Makdessian, who leads the Silicon Valley Community Foundation’s Choose Children campaign, an effort to bring attention to early childhood issues. “But all the research shows it pays dividends.” 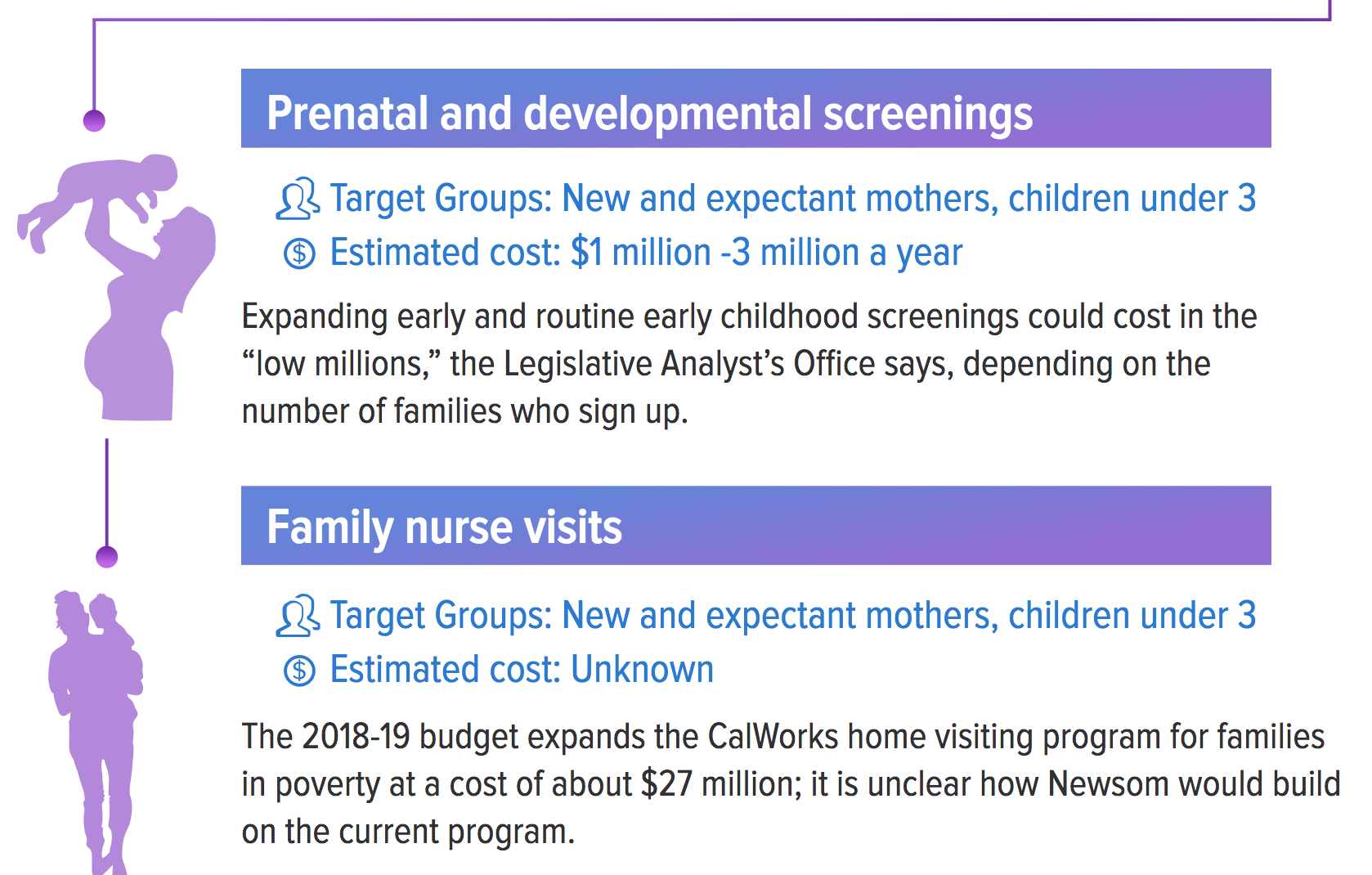 A cradle-to-career education system in California: What it might cost

On the other end of the cradle-to-career spectrum, Newsom has promised two full years of community college tuition. That would build upon the $46 million in this year’s budget allowing colleges to use the money for students to attend for one year tuition-free. The state also spends millions on community college fee waivers for low-income Californians through its College Promise Grant.

Higher education advocates, however, had pushed Newsom and Cox to take a broader view of college affordability, especially for low-income and minority students, so that state aid helps covers living costs as well. “We need to look at the total cost of college,” said Audrey Dow, senior vice president of the Campaign for College Opportunity, “not just tuition.”

Newsom does not only propose to expand traditional classroom instruction. California should have 500,000 “learn and earn” apprenticeships by 2029, he said. The state now supports about 75,000 apprenticeships, spending just over $77 million annually on apprenticeships and apprenticeship training and instruction. While much of the expense of hands-on career training is often defrayed by employers, based on current appropriations, reaching Newsom’s goal could cost as much as $500 million if the state were to solely pick up the tab.

The promises keep adding up:

When it comes to many aspects of his education platform, Newsom has offered something less than a concrete policy proposal. Still, it is possible to offer some educated guesses about the expense involved.

For instance, Newsom vows to open college savings accounts for every incoming kindergartner. He doesn’t explicitly say it, but it seems reasonable to think that the state would seed each account with a small amount of money to encourage families to save for their children’s education — after all, Newsom started an equivalent program on the local level as mayor of San Francisco. If a statewide plan was to follow San Francisco’s model, making a deposit of $50 in each child’s account, it would have a price tag of about $26.6 million a year, based on current kindergarten enrollments.

In recent years, however, other municipally-based programs have been more generous — the Oakland Promise program, for example, gives $500 to children born into poverty and plans to open a college savings account starting with $100 for every kindergartner regardless of family income beginning in 2020.

Another campaign pledge, to increase summer learning programs, could cost, on average, about $186 per student per week, according to the Partnership for Children and Youth, an organization that is working to expand summer and afterschool programs. However, other estimates put the costs far higher — an average of $307 per week.  It’s difficult to put a dollar figure on the total price tag for serving all students who could benefit from such activities because there’s no reporting required to the state for summer programs, said Jennifer Peck, the nonprofit’s president and CEO.

Then there’s Newsom’s embrace of community schools, or schools that bring together health care, social services and after-school programs on a single elementary or secondary school campus.

In his platform, Newsom does not actually call for an increase in the number of community schools, which are already in cities like Los Angeles and Oakland. But if he were to do so as governor, there is some agreement about the bottom line. The minimum core cost for a community school is about $150,000 a year — this pays for a school director to coordinate programs and services as well as for a needs assessment and other basic services, according to the National Center for Community Schools.

But in other cases, Newsom’s proposals are too short on specifics to permit a practical estimate of costs. Some are so overly broad — such as expanding affordable child care — that they could lead to any number of policy prescriptions.

In response to an EdSource query, Joey Freeman, policy director for the Newsom campaign, did not offer cost estimates generated by the campaign itself.

As San Francisco mayor between 2003 and 2011, Newsom pursued a similarly far-reaching educational agenda, establishing universal preschool, expanding afterschool programming and starting college savings accounts — and found a way to pay for it, Freeman noted, in the midst of a recession.

“Certainly, this is a question of resources,” Freeman said, “but it’s also one of resourcefulness. Gavin is committed to finding a way to realize his vision that every student in California deserves an opportunity to achieve success.”

Leave a Reply to David Rattray