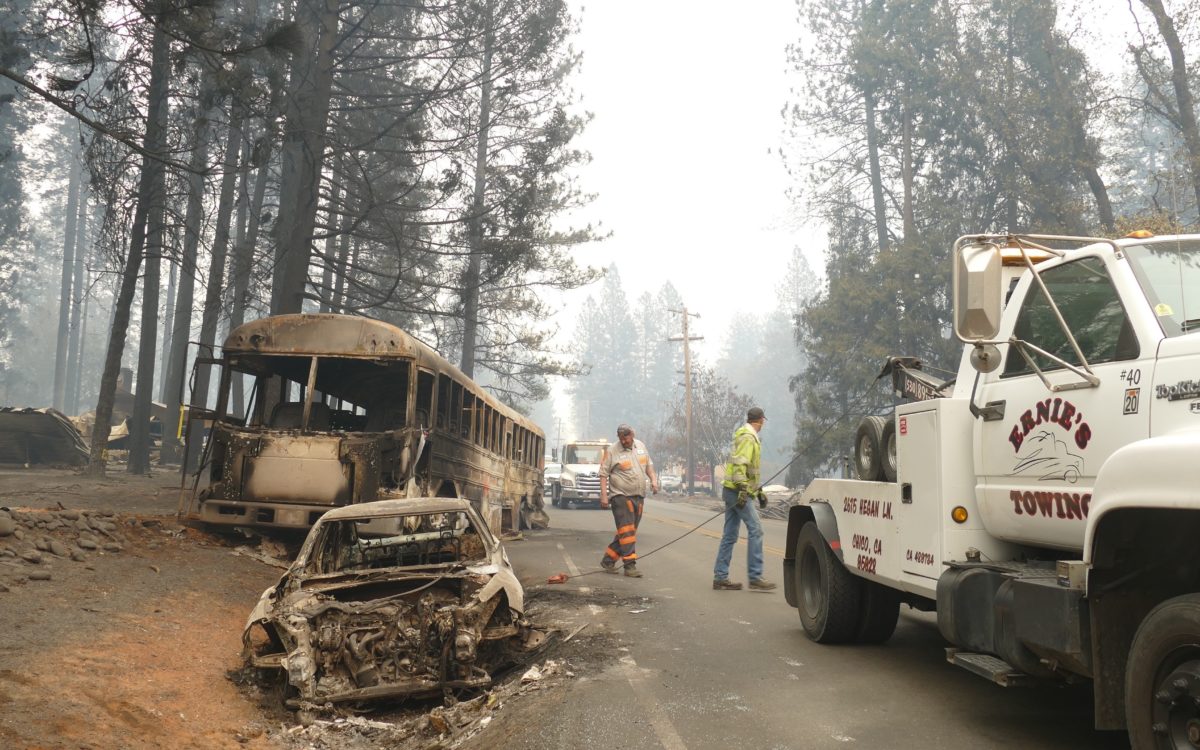 Paradise Unified School District officials have found a location that will, for the foreseeable future, serve as the district’s high school while campuses in the fire-ravaged town of Paradise are rebuilt.

Beginning in January, 9th- through 12th-graders at Paradise High School will attend classes in a 30,000-square-foot building in the northeast section of Chico. The building, which at one point was a satellite campus for Facebook (based in Menlo Park), will be retrofitted to make it feel as much as possible like a typical high school, officials said.

“To be able to secure a brick and mortar location that our high school students and staff can return to after break and call their own is a huge win for our district today,” said Michelle John, Paradise Unified’s superintendent, in a statement released late Tuesday.

Officials are in the final stages of negotiating a lease for a separate facility that will serve as the district’s middle school, said Kindra Britt, a Paradise Unified spokeswoman.

On Nov. 8, the Camp Fire roared through large swaths of Butte County and decimated Paradise, killing at least 85 people and consuming more than 10,000 buildings, according to Cal Fire. All but one campus in Paradise Unified, along with six charter schools, were either destroyed or damaged in what became the deadliest wildfire in California history.

All told in Butte County, more than 4,800 students and 380 teachers and other staff members were left homeless by the fire, according to county officials. While the vast majority were from Paradise Unified schools and the nearby charter schools, hundreds from Chico Unified, Oroville Union High, Durham Unified and Gridley Unified were also displaced.

Elementary school students were back in school on Dec. 3, with most attending schools in the Oroville City Elementary School District and Durham Unified. Others are attending Cedarwood Elementary, the only Paradise Unified school that wasn’t destroyed or significantly damaged in the fire.

Meanwhile, middle and high school students have been taught via the district’s distance learning program and given the opportunity to meet weekly with their teachers at drop-in centers at the Chico Mall.

While officials say the elementary enrollment is about half of what it was before the fire, nearly all of the district’s middle and high schoolers are participating in the distance learning program, Britt said.

She added that district officials are expecting about 700 of the district’s 1,000 high school students to show up to the new site on Jan. 7 when classes resume.

“We are expecting that more of the high school students will come back than did in elementary,” Britt said. “High school students don’t want to move — they are connected and involved with their school. And they have more flexibility as far as transportation because many can drive.”

Those who lost their homes and don’t come back to Paradise Unified are free to attend whatever school is closest to where they are currently living. This is because they are covered under the McKinney-Vento Homeless Assistance Act, a 1987 federal law that, among other things, allows students who are homeless to enroll in school without having to show proof of residency or immunization records.

Britt said the district will provide bus service to the new high school site, but the exact location of the bus stops will not be determined until officials have a better sense of where the students are living.

Some extra-curricular activities will continue, but it will be on a case-by-case basis and determined largely by the availability of facilities, Britt said. For updated information, students and parents can visit the district’s Facebook page.