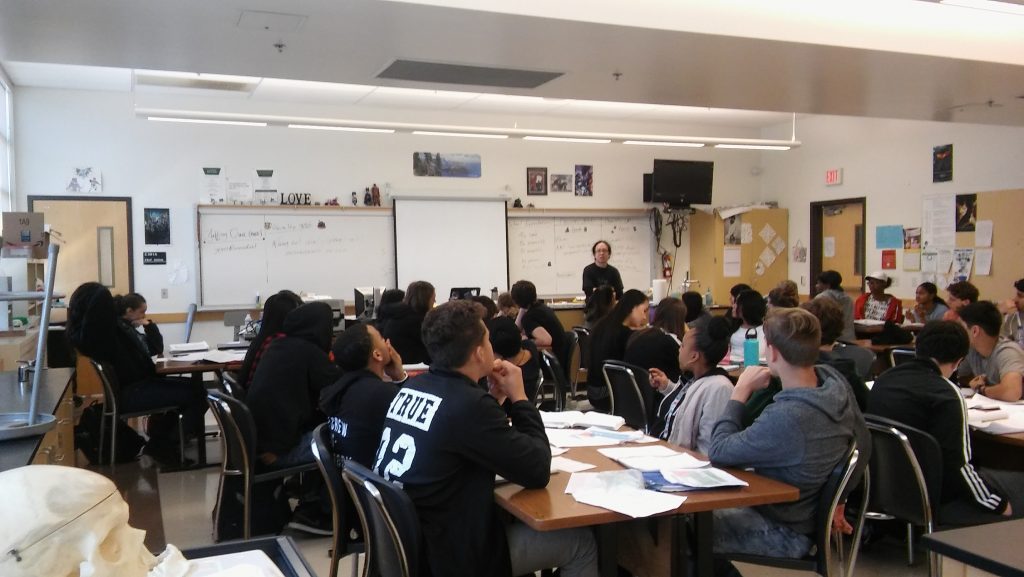 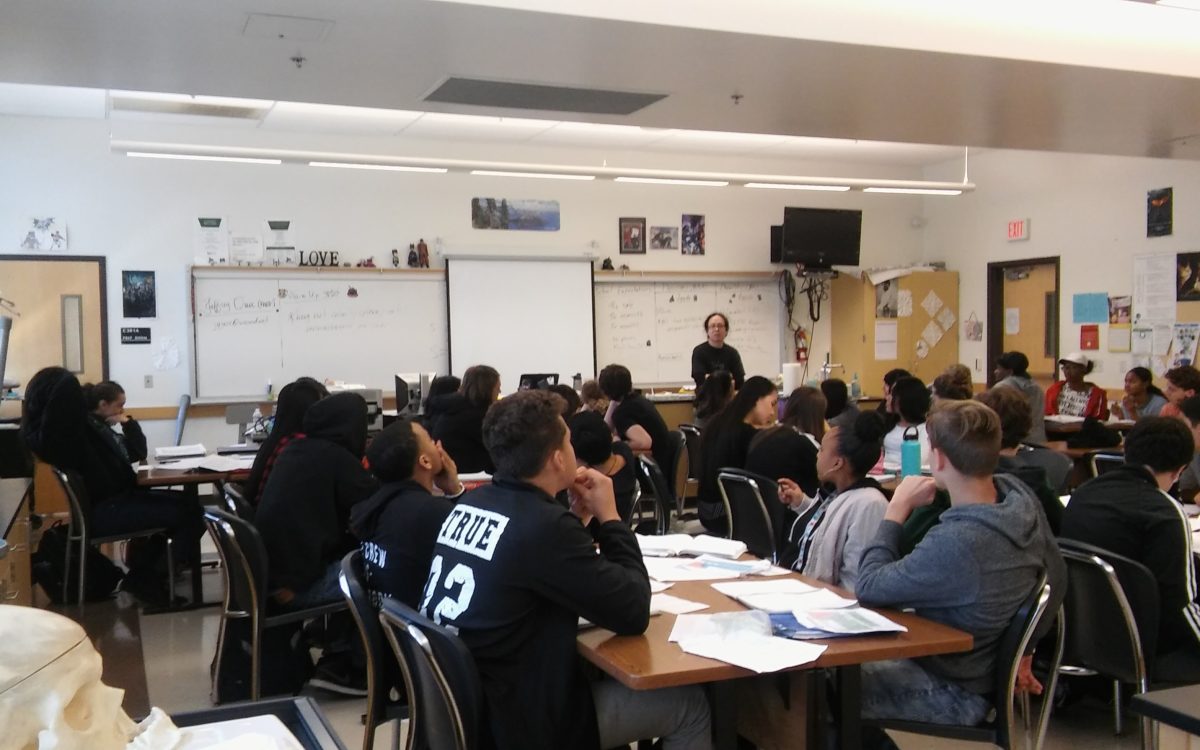 As a way to stem high teacher turnover, one San Francisco Bay Area district has taken a daring leap to boost teacher salaries and address escalating housing costs that drive teachers away.

But the pay raises come with potential risk, as the West Contra Costa Unified school district will have to cut from some programs and find other savings to pay for the $37 million in salary increases for all employees over three years.

The pay raises, which also include salary boosts for non-teaching staff such as administrators, secretaries and bus drivers, commit the district to drastic cuts  through 2020-21 that the board has not yet identified.

The Contra Costa County Office of Education warned that the district could be unable to pay for the raises if it continued deficit-spending. To ensure that the district could afford the union contracts, the board agreed to adopt a resolution requiring it to identify spending cuts in 2019-20 and 2020-21 that would show it will have enough money to pay for the increases.

“It is our expectation that this and any future salary settlements will include expenditure reductions necessary to maintain a balanced budget without structural deficits for the current and two subsequent fiscal years,” wrote Bill Clarke, the county office of education’s associate superintendent of business and administrative services in a letter to the district.

Teachers are slated to get a 17 percent boost through 2020, which includes a 5 percent raise that began in March. The substantial hike will increase the salary of a beginning teacher from $44,152.20 before the March raises to $50,921.72 by July 1, 2020. It also puts West Contra Costa teachers at the top of the teacher pay scale in Contra Costa County over the next three years for beginning teachers with 30 additional educational units, as well as for more experienced teachers.

The higher pay is just one part of a district strategy to attract and keep teachers. Other features include four days of intensive training for all new teachers before school begins and the possible development of new housing for teachers and other employees on surplus property.

“Our efforts to increase compensation and find solutions to the housing challenges are among the solutions we believe will be most effective to recruit and retain the most highly qualified educators for our students,” said Superintendent Matthew Duffy.

The teachers’ contract also includes caps on class sizes, more paid time for teachers to collaborate on lessons and a more generous maternity/parental leave program in the district, which serves about 28,000 students in Richmond and surrounding communities.

In response to the county’s concerns about the district’s ability to afford the pay increases, the board voted 4-1 to approve a resolution on June 27 that requires it to identify by Dec. 31 spending cuts of $10 million for 2019-20 and $3.5 million the following year.   Clarke had assured the district that his office would agree that West Contra Costa Unified would be able to pay for the salary hikes “with the approval of this resolution.”

Board President Valerie Cuevas said district leaders are allocating more discretionary money to schools, giving them greater spending autonomy. This means the board may cut some programs it has paid for districtwide  – such as the Playworks recess program and Graduate Tutors – but individual sites could still fund them.

The board made these budget tradeoffs to prioritize “investment in people,” Cuevas said.

The salary increases are part of a larger plan aimed at keeping 80 percent of teachers for five years or more by 2022. District leaders see a stable teaching force as a way to improve student achievement, which is far below state averages on standardized tests.

To reach the teacher retention goal, school board members on June 27 approved a “Roadmap 2022” that includes five areas of focus for staff: competitive compensation, extra support for new teachers, exploring the development of employee housing, cutting down on duplication in programs or services and launching a “Teach West Contra Costa” website and social media campaign to attract more teachers.

Superintendent Matt Duffy discusses the District's campaign to get new teachers and employees to live, work and play in Richmond at the Richmond Chamber of Commerce breakfast. #wholechildwholecommunity #LearningEveryDay #TeachWestCounty

To enable more teachers and other staff members to live in the district, the board also agreed to continue exploring the idea of converting surplus property into workforce housing. The district hired a commercial real estate firm to evaluate four district-owned properties to determine whether they would be appropriate development sites. After DCG Strategies determined that two sites warranted further study, the board directed the firm to continue analyzing their suitability for district-developed rental housing or sale to an outside developer to raise money for workforce housing.

A district survey returned by about 25 percent of staff reveals that 70 percent of employees who are renters have considered leaving the district due to high housing costs and 62 percent are interested in living in a district-owned rental unit at below market rents.

“It’s a critical issue,” said board member Madeline Kronenberg. “We’ve raised salaries, but we’re all aware that we’re in a housing crisis. If it weren’t for that, we wouldn’t even be thinking of this.”

The district has also partnered with a San Francisco-based for-profit startup company called Landed to provide down payment assistance to employees, which must eventually be repaid. And Duffy has testified in Sacramento in support of AB 2788 by Assemblyman Tony Thurmond, D-Richmond, which would help establish a California School Employee Housing Assistance Grant Program.

The district’s added support for new teachers includes four days of in-depth training before school begins that helps educators “prepare for the rigors of the year,” according to a board presentation on teacher retention earlier this year. The district has also created a “new teacher collaborative” that meets monthly and offers two one-day workshops throughout the year on topics of interest to the group.

Cuevas said the programs are aimed at helping teachers feel welcome and connected to the district. In addition, she said the district is focusing more attention on “school culture and climate” to help build inviting environments for teachers that will encourage them to stay.

The district’s strategy to attract and keep teachers seems to be paying off. Already, teacher retention appears to be “really much stronger going into next year,” Duffy said during the June 27 board meeting. Pleased by the progress Duffy has made in shifting district priorities since he was hired two years ago, the board unanimously extended his contract through June 30, 2021 and gave him a $5,000 a year raise based on his “above satisfactory” job performance.

Demetrio Gonzalez, president of United Teachers of Richmond, and teacher Jesus Galindo said they have seen a “culture shift” in the district that includes more teamwork and the encouragement of new ideas to meet students’ needs. But Gonzalez said at the June 27 board meeting that teachers need more training in dealing with behavior issues related to child trauma to help students who are foster youth, or who have experienced violence or other traumatic incidents.

Galindo, who just finished his fifth year teaching in the district at Lincoln Elementary, said he is committed to “creating a counter-narrative in Richmond” that contradicts the negative perceptions some people hold about the abilities of low-income, children of color to achieve.

The only way to improve students’ education, Galindo said, is for teachers to keep coming back each year, sharing their expertise with each other and improving their own abilities. At Lincoln, he said teachers now work as a team and turnover has dropped from 17 educators leaving after his first year to virtually the entire staff planning to return next year.

“It’s only when you stay a long time that you really start to punch the gut of the status quo,” Galindo said. “I want teachers to stay for a really long time because that’s what makes a difference.”

Galindo said he appreciates the raises and saved up enough money to purchase a home 5 minutes away from his school, which has enabled him to become part of the community and to feel more connected to his students and their families. Because he is now spending more than 33 percent of his income on housing, Galindo said he doesn’t own a car and rarely buys new clothes.

Union members overwhelmingly approved the contract with 85 percent voting in favor, Gonzalez said, adding that teachers feel especially fortunate to get such large increases – which will put them at top salary ranges in Contra Costa County over the next three years – while unions in other parts of the state including nearby Oakland are having trouble negotiating pay raises.

“Most people seemed very happy with the deal,” Gonzalez said.

Comparison data provided by the union shows that first-year West Contra Costa teachers with 30 additional educational units earned $47,485 annually before the most recent raises – 6th from the bottom countywide. With the new raise, that salary will jump to $52,452.95 for 2018 (second from the top), then to top in the county at $55,107 in 2020-21. Similarly, the highest salaries at the maximum level for veteran teachers with master’s degrees will rise from $90,000 before the raises to nearly $103,800 by 2020, also top in the county.