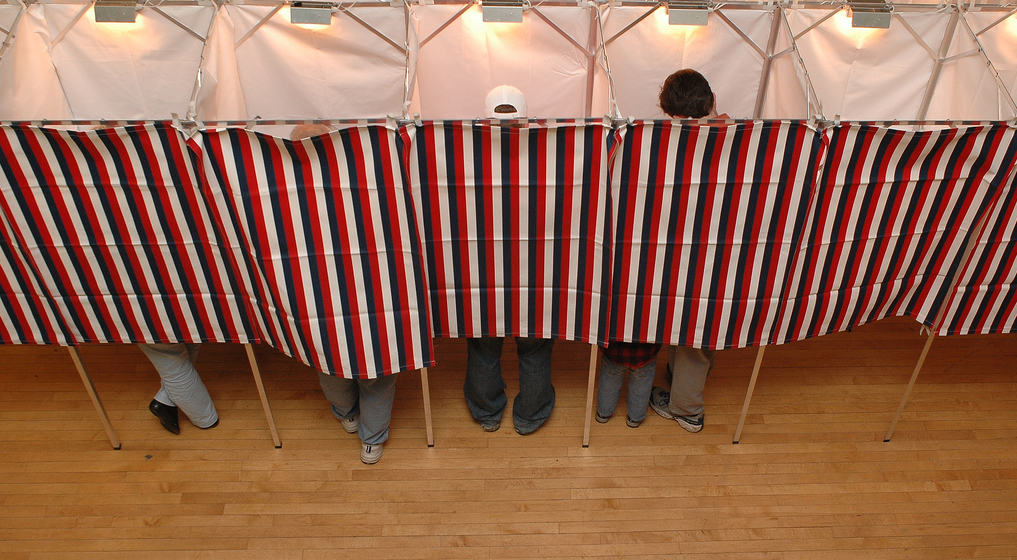 Instead of just two candidates for state superintendent of public instruction, there will be at least five, including a young education consultant with some management experience similar to Marshall Tuck’s, a college instructor who can match Assemblyman Tony Thurmond’s past nonprofit experience counseling low-income students, and an oil industry geologist turned publisher of digital science materials who wants the state to abandon the Common Core standards.

The list of candidates — with two months to go before the March deadline for filing for office — raises the prospect that neither Tuck nor Thurmond, the presumptive leaders in the nonpartisan race, will get a majority of votes in the June primary, sending the race to a potentially expensive two-person runoff in November.

“The more crowded the field, the more likely a runoff will happen,” said Kevin Gordon, a Sacramento education consultant.

With State Superintendent Tom Torlakson ending his second term in office, the race, at least at the outset, appears to echo 2014. In that close contest, Torlakson, as an incumbent, beat back the upstart Tuck by 4 percentage points after an unprecedented $30 million campaign fueled by unions and supporters of charter schools.

Like Torlakson, a Bay Area Democrat who served multiple terms in the Senate and Assembly, Thurmond is a two-term Democratic assemblyman from Richmond with the strong backing of the California Teachers Association. Tuck, a former charter school executive and CEO of the Partnership for Los Angeles Schools, a nonprofit operating 16 Los Angeles Unified schools, can again expect the financial support of wealthy charter school backers. To date this year, Thurmond has raised more than $1.3 million and Tuck more than $1.7 million in contributions.

This week, Thurmond’s campaign released an impressive list of federal, state and local officials, led by U.S. Senator Kamala Harris and the California Teachers Association, who are endorsing his campaign. Tuck grabbed a prize of his own, the Association of California School Administrators, representing superintendents and principals — an indication Tuck is broadening his message beyond school reformers and charter campaigns.

None of the other candidates are in the same league, although their resources will become clearer with the next campaign disclosure reports, due Jan. 31. But one candidate, Adam Anderson, who has been making the rounds to introduce himself to state school groups like the administrators and school boards organizations, does have what the other lesser-knowns will covet: an invitation to a March 19 candidates forum at the University of Southern California.

Before quitting his job to run for office, California-born-and-educated Anderson, 36, most recently was chief of staff of Education Superhighway, a foundation-funded nonprofit in San Francisco that works with states and districts to analyze and upgrade their high-speed Internet capacity. Before that, he spent three years with Chicago Public Schools, the nation’s third-largest district, where he was deputy chief of staff and a planning and strategy officer for the school board. For much of the time, he had the unenviable challenge of overseeing a controversial school closing plan, caused by declining enrollment. What followed, he said, was using the savings from consolidation to reinvest and rebuild schools by adding arts and STEM programs and renovating facilities, which he also had a hand in.

Anderson said he wants to apply what he learned in “large-scale transformation work within a big school system” to running the California Department of Education and continuing the work that Gov. Jerry Brown and the State Board of Education started with more equitable school funding and shifting responsibility for improving schools to districts.

“The Local Control Funding Formula is the right way forward, and equitable funding is crucial,” he said. But he said the next phase is to “make sure we are considering research-based and thoughtful ways” to improve schools and make sure people have access to useful information.

Family and community engagement must be strengthened, he said, and the Department of Education should “lead by example” in bringing “increased transparency to the system.”

Growing up on Vandenberg Air Force Base, where his father was a staff sergeant, Anderson attended California public schools before graduating with a degree in engineering from Long Beach State. His career took a new direction when he got master’s degrees in business and education at Stanford University.

He said that with his Stanford connections, he is building a network of support from those “who understand my passion for work and the value of my experience.”

Also the daughter of an Air Force officer and mother who immigrated from Mexico, Lily Ploski is not optimistic about the direction of education in the state.

“California is in a precarious position,” and the system, “run by an old boys network,” is “broken,” she said.

If elected, she would focus on the areas she has concentrated on the past 15 years: working with students and adults in the intersections of school and career. Currently she is a financial awareness instructor for an Upward Bound program, based at Mills College in Oakland, for low-income and first-generation college students. In 2016, she was workforce development director for Goodwill Industries in Solano, Contra Costa and Alameda counties. She also has been dean/athletic director in the School of Human Development and Performance at Solano Community College in Fairfield and ran undergraduate transfer counseling at Fullerton College before that.

The mother of a teenage son, Ploski got her undergraduate degree from UC Berkeley, a master’s from Columbia University in student personnel administration and a doctorate in education leadership from Cal State Fullerton.

Her focus, she said, would be on bolstering school safety, college completion and pathways, starting in middle school, to the workplace or college. Her doctorate was on how students choose to go to college and she said, “College is not the best fit for every student.”

Four years ago, Torlakson nearly won the primary outright, but the third-place finish by Lydia Gutierrez, a veteran teacher who criticized the Common Core, forced the November runoff. She got almost a quarter of the June vote.

It’s early to say whether Karen Blake could play this year’s spoiler. A petroleum geologist with a bachelor’s degree from Sam Houston State University in Texas, she recently co-founded STEMdelivered.org, a website promoting science and nature games, videos and activities.

Blake is running on what she calls “The Right Choice”: eliminating the teaching of the Common Core — which she said has set back math instruction — working with teachers to introduce merit-based pay and offering more school choice, which would include career pathway programs, charter schools and home schooling.

Blake did not respond to email requests for an interview.

Gordon said that in a year shaping up to be one notable for women’s activism, Blake and Ploski could attract some votes from women in a race that otherwise will draw little attention.