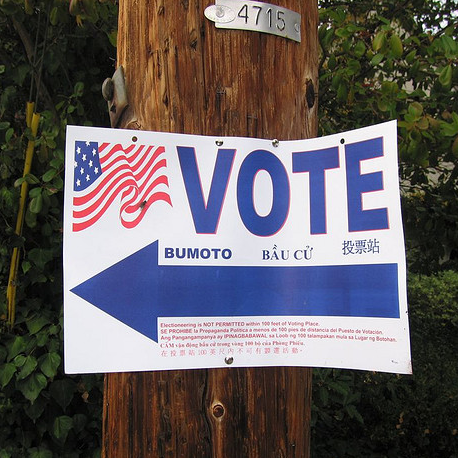 In the weeks leading to  California’s June 5 primary elections, candidates for key statewide offices are spending massive amounts of money to position themselves for victory, according to the latest reports from the California Secretary of State.

The figures reflect the kind of investments needed to run a campaign in a state with over 18 million registered voters.

In a single month — from April 22 to May 19 — a total of nearly $35 million was spent to promote the candidacies of  Democrats Lt. Gov. Gavin Newsom, former Los Angeles Mayor Antonio Villaraigosa and State Treasurer John Chiang.  The figure includes direct spending by their campaigns as well as spending by independent committees backing them.

By contrast, under $2 million has been spent promoting the two leading Republicans in the race, businessman John Cox and Assemblyman Travis Allen, R-Huntington Beach.

In the race for superintendent of public instruction, over $10 million has been spent to promote the two leading candidates, Marshall Tuck and Assemblyman Tony Thurmond, D-Richmond.

In the gubernatorial campaign, most of Newsom’s spending came from direct contributions made to his campaign, while most spending on Villaraigosa’s behalf has come from an independent committee established by charter school advocates.

By law, an independent expenditure committee is not permitted to coordinate its activities with the campaign of the candidate they are supporting, and there are no limits on the size of contributions they can collect.  There are much stricter limits on direct contributions to a candidate.  An individual, for example, can contribute $7,300 in the primary election and $7.300 for the general election.

Over the past month, Newsom spent $9.7 million from direct contributions to his campaign, compared to Villaraigosa’s $5.8 million and Chiang’s $4.1 million.  Former State Superintendent of Public Instruction Delaine Eastin spent $127,000.

However the biggest expenditure was by the pro-charter independent expenditure committee, Families and Teachers for Antonio Villaraigosa, which spent $13.4 million to boost Villaraigosa’s candidacy, in a major push to ensure that Villaraigosa comes in at least second behind Newsom in the primary, and ahead of GOP candidate John Cox.  Among other expenditures, these funds were spent on television ads across the state, as well as glossy brochures mailed to prospective voters.

The committee was established  by the California Charter School Association Advocates, the political advocacy arm of the association representing most of the nearly 1,300 charter schools in California.

The expenditures to garner support for Villaraigosa come from a total of $17.3 million that has poured into the independent committee since the beginning of the year.  Most of the funds have come from multi-billionaires such as Netflix founder Reed Hastings, former New York City mayor Michael Bloomberg, and Los Angeles philanthropist Eli Broad.

By contrast, most of the funds backing Newsom’s campaign have come from direct contributions — some $13 million since the beginning of the year.

An independent expenditure committee backing him, Educators for Gavin Newsom, has spent $1.2 million over the past month.  Of that amount, $1 million came from the California Teachers Association.

An similar committee created by the California Nurses Association spent $300,000 over the past month supporting Chiang.

In the race for schools chief, so far Tony Thurmond is being outspent by Marshall Tuck by a roughly 2 to 1 margin. Since the beginning of the year, in direct campaign contributions, Tuck has raised $893,000 compared to Thurmond’s $492,000, according to the Secretary of State reports.

Over the past month, Tuck has spent about $1.2 million from direct contributions, while Thurmond has spent $761,000.

Student, Parents and Teachers Supporting Marshall Tuck, the independent expenditure committee backing Tuck spent $5 million.  Almost all of those funds have come from the political action committee that established it, EdVoice for the Kids. The PAC was in turn established by EdVoice, a Sacramento-based political advocacy organization that is also strongly pro-charter school.

Most of the funds contributed to the EdVoice for the Kids PAC came from wealthy backers such as venture capitalist Arthur Rock, Jim Walton and Alice Walton, both heirs to Sam Walton, the founder of Walmart, Eli Broad and former LA mayor Richard Riordan.

Educators Supporting Tony Thurmond, the independent expenditure committee backing Thurmond, was established by the California Teachers Association.  It spent $2.7 million over the past month to promote his candidacy, out of a total of $3.1 million in contributions.  Almost all those funds came from the CTA, as well as other labor unions and organizations.