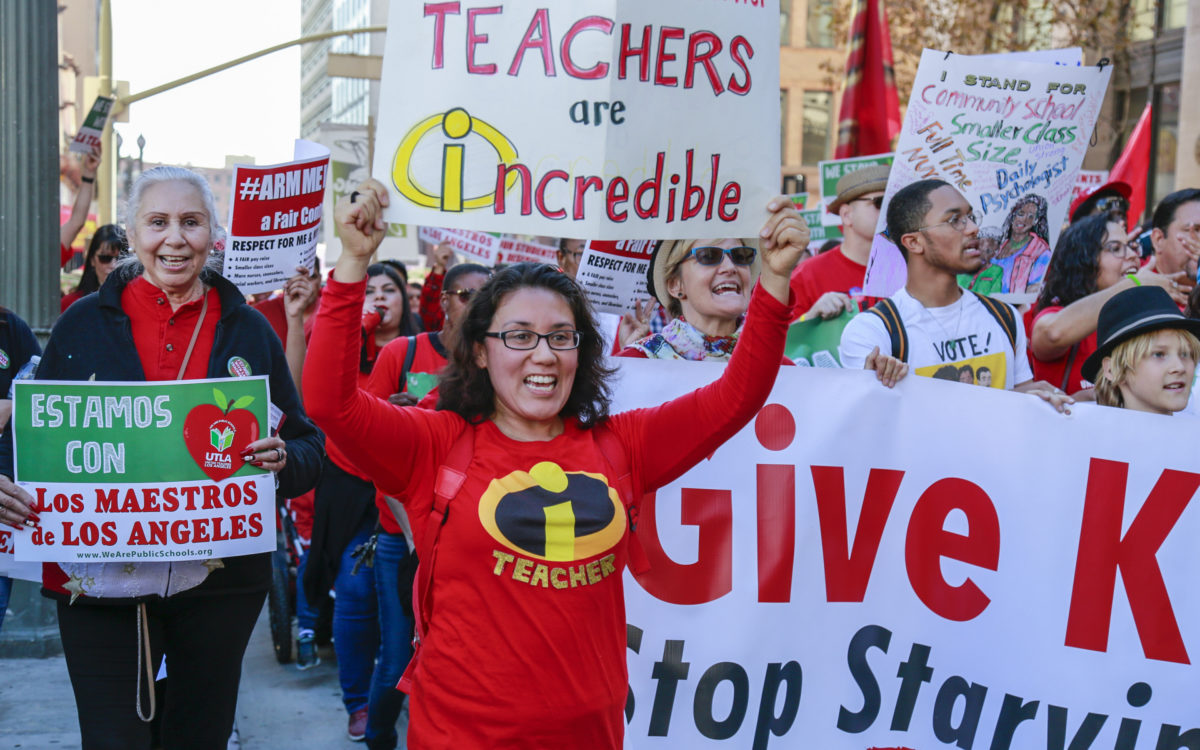 United Teachers of Los Angeles has announced teachers intend to strike Jan. 10, after what the union called “20 months of fruitless bargaining and lies and manipulation on the part of LAUSD Superintendent Austin Beutner.”

The announcement came a day after an independent fact-finding report agreed that the Los Angeles school district’s offer, which included a total of 6 percent in salary increases with back pay to 2017, was reasonable.

Both parties have been at a legal impasse. The report was written by a three-member independent panel that included representatives of both the teachers union and the district. The report was the last step in labor negotiations before the union could strike.

Los Angeles Unified is not the only district facing a possible strike. In Oakland Unified, teachers have been working without a contract since July, 2017 and have threatened to strike. Both sides are beginning the fact finding process with a  state mediator.

In Los Angeles, the union adamantly denied claims by the district that the union had accepted the salary offer. The union stressed that it has other demands besides pay increases, which include using $1.9 billion in reserves to reduce class sizes and hire more nurses, counselors, and librarians; seeking a commitment to provide more special education, early education, bilingual education, and adult education support; reduce testing; strengthen parent and educator voices at schools; and “address the charter industry drain that siphons more than $600 million from our schools every year.”

“Unless these issues are genuinely addressed and reflected in a bargaining proposal, educators will be on the picket lines beginning Thursday, January 10,” according to a Wednesday union news release.

In a Tuesday news release, the district said it was trying to avoid a strike.

“Los Angeles Unified does not want a strike – which only UTLA can authorize – as a strike would harm students, families and communities most in need,” the district said. “Los Angeles Unified believes the Fact Finder report and the agreement on the 6 percent can provide the basis for a reasonable settlement of the remaining items and hopes UTLA will engage in good faith bargaining to find an agreement.”