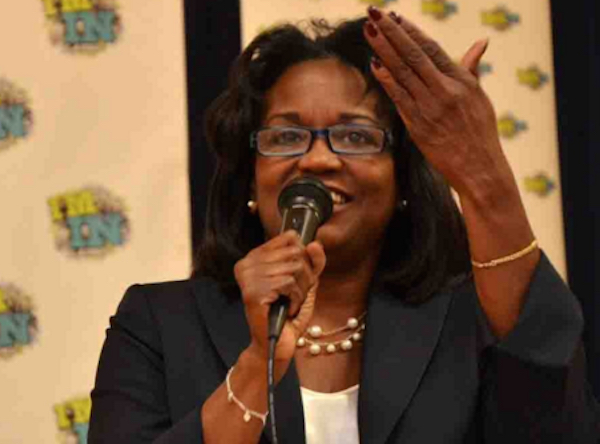 Los Angeles Unified School Superintendent Michelle King, who has been on a medical leave for undisclosed reasons since September, announced on Friday that she has cancer, and will not be returning to the district. She will officially retire by June.

“With the progression of my illness, I have made the incredibly difficult decision to retire by June 30,” King said in a statement. “Until then, I will remain on medical leave.”

The announcement, which came just days before schools were due to reopen Monday after the holiday break, represents a devastating setback for King, who is only 56 years old. She had risen to the top leadership position only two years ago after spending nearly her entire life in the district, as a student, teacher and administrator.

It is also a blow to the nation’s second largest district that has been seeking stability in its leadership after turmoil following the stormy departure of former superintendent John Deasy in 2014.

“Having dedicated her career to the district, it is now time for Dr. King to focus her incredible strength and energy on her health,” the board said in a collective statement issued on its behalf. “We wholeheartedly support her decision to retire, and will continue to keep her in our thoughts and prayers as she faces the challenges ahead.” In its statement, the board described her “as an exemplary educator, inspirational role model and steadfast leader.”

In the short time she was in the top post, King’s major accomplishment was to move the district beyond the turbulence in the top echelons of district’s leadership, and to be a role model for the large number of students in the district from historically disadvantaged backgrounds. She also set a hugely ambitious, and probably unattainable, goal of achieving a 100 percent graduation rate. The current graduation rate is 80.2 percent, according to the district.

King’s last day in the office was in mid-September, and in early October officially announced she would be going on medical leave, and that she would be replaced by Associate Superintendent Vivian Ekchian, as acting superintendent. The move was somewhat controversial as the elected school board was not involved in the decision regarding her replacement.

The way her leave was handled also raised eyebrows, and concerns, as no details were disclosed as to the nature of her illness, and what it would mean for the district’s long-term leadership. It appeared that even board members were not fully informed.

In its statement yesterday, the board indicated that Ekchian would continue in her acting position until a permanent replacement is found.

The district was part of the CORE consortium of eight districts that are collaborating on a range of initiatives, including neighboring Long Beach Unified. Long Beach Superintendent Chris Steinhauser, the longest-serving superintendent of the state’s largest urban districts, said yesterday that “leaders like Michelle, role models of experience, courage and grace, are treasured not only by their school communities, but by colleagues throughout the state and nation.”

In an interview with EdSource in July, King said she had tried to unite all interest groups — unions, parents, charter school advocates and students — by connecting with them and searching for common ground.

At the time, King cited the expansion of school choice options for parents and students, and an improvement in the district’s high school graduation rate as her signature accomplishments.

Reporting by George White contributed to this story.