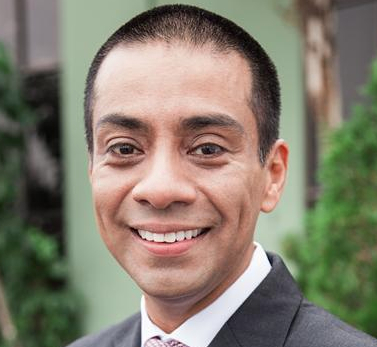 Former Los Angeles school board president Refugio “Ref” Rodriguez resigned from his seat Monday after pleading guilty to violating campaign finance laws. His departure ended at least temporarily a narrow majority backed by charter advocates on the panel governing the nation’s second-largest school district and set off political speculation about his replacement.

Rodriguez pleaded guilty to one felony and four misdemeanor counts involving fraudulent campaign contributions in which prosecutors said he reimbursed $24,250 to relatives and friends who were listed as donors to his election campaign, according to the Los Angeles County District Attorney’s Office. Rodriguez avoided jail time and was sentenced to three years of probation and 60 days of community service, the district attorney said. Rodriguez’s cousin, Elizabeth Tinajero Melendrez, received a similar sentence after pleading guilty to four misdemeanors.

Together, the two also face a $100,000 penalty imposed Monday by the Los Angeles Ethics Commission for “political money laundering.”

Rodriguez’s rise and fall at the Los Angeles Unified school board were dramatic and swift.

A co-founder of the Partnership to Uplift Communities (PUC) charter schools chain, he was elected to the board in 2015, defeating an incumbent allied with the teachers union for the seat representing northeast Los Angeles and cities such as Bell and Maywood to the southeast. He was chosen to be board president in July 2017 after the new majority took power. Four of the seven board members had received substantial financial backing from individuals or organizations supporting expansion of charter schools.

Charges were filed against him two months later and he quickly stepped down as president. He remained as a board member in a somewhat awkward position for 10 months until Monday. During that time, he helped choose civic activist and businessman Austin Beutner as district superintendent to replace Michelle King, who is battling cancer.

In the Twitter feed for his school board office, Rodriguez said he was “sorry for the mistakes I have made.” He added that he spent his adult life “working to improve educational conditions for students who come from neighborhoods like the one where I grew up , with parents who worked hard like mine did for me. My life’s work has been to serve others. It will remain the same — I will just pursue that work from a different position.”

In a statement, Los Angeles school board President Monica Garcia and Vice President Nick Melvoin said they wanted to appoint a temporary voting representative “as soon as possible” and arrange for a special election quickly. That statement said “we remain focused on our goals of improving Los Angeles Unified and ensuring that our students always come first.”

Regulations allow for the board to appoint a replacement for the rest of the term or until an election is held or leave it vacant until an election.  Any such decisions will need approval from at least four of the six remaining board members and the panel is not scheduled to meet again until Aug. 21, according to district spokeswoman Barbara Jones.

Charter schools in California are tuition-free, operate with tax money and must be authorized by their local school districts but are designed to be more flexible than regular public schools and free of some bureaucracy.  The Los Angeles district contains 226 independent charters and 50 so-called affiliated charters, which are operated by the district. Despite predictions otherwise, the charter-backed majority was not overly aggressive in adding more independent charters.

The 4-3 charter-backed majority really has had “surprisingly little effect” on the board’s pace of approving more charter schools and Rodriguez’s departure probably won’t change that, said Eric Premack, executive director of Charter Schools Development Center, a Sacramento based group that helps charter schools. “My sense is that the symbolism was greater than the reality,” he said of the majority.

Premack described Rodriguez as a “very earnest and well-meaning person who made some stupid rookie mistakes and he is paying an enormous price for that.”

Richard Garcia, a spokesman for California Charter Schools Association, said it was premature to discuss the political implications of Rodriguez’s plea and any election plans.  “We are just processing it ourselves now,” he said.  An association statement said: “We must remain focused on the critical work of improving academic outcomes for all Los Angeles public school students. Our kids deserve nothing less.”