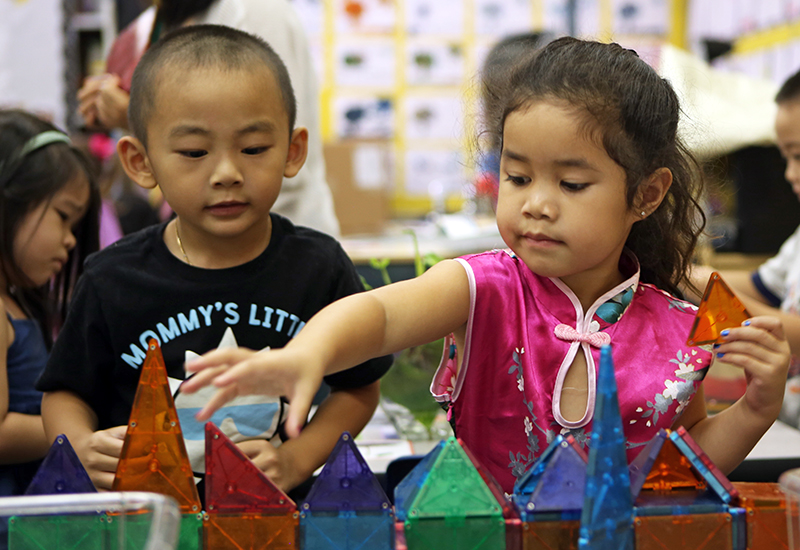 The rapid rollout of a hugely ambitious plan to reduce elementary school class sizes in California over two decades ago should serve as a cautionary tale for how quickly the state should implement universal preschool, a long-sought-after goal of children’s advocates and their allies in the Legislature.

It may also give incoming Gov. Gavin Newsom some cover for not moving aggressively to implement universal preschool, which he said he was committed to on the campaign trail. He articulated universal preschool as part of an ambitious, multi-pronged “cradle-to-career” system of education in the state.

But what Newsom left unsaid was when and how fast he would move to introduce universal preschool, which is generally understood to mean providing state subsidized preschool for all low-income 4-year-olds before they enter kindergarten.

The state’s 1996 class size reduction program was hugely popular with parents and teachers. But it also had a range of unintended consequences, especially during the first years it was implemented. It provides some sobering guidance as to how not to do it.

The program was laden with good intentions: to reduce class sizes to 20 students in kindergarten through the 3rd grade, based on the belief and some compelling research that smaller class sizes improve student academic outcomes.

The program came about as a result of an unusual confluence of forces. In the summer of 1996, the state was projecting a budget surplus of $1.3 billion. The Legislature, with the assent of then-Gov. Pete Wilson, approved a class-size reduction plan that would provide districts $650 for every student in a K-12 classroom with 20 or fewer students. The cost to the state in its first year: $1 billion — about $1.6 billion in current dollars.

The program was slated to begin that very same fall — less than two months after passage of the bill in the Legislature — setting off a “mad scramble,” in the words of a 2002 EdSource report, to find the space, equipment and teachers needed to implement it..

Then-State Superintendent of Public Instruction Delaine Eastin was charged with making it happen. The program was rolled out over a matter of weeks in time for the opening of school in 1996.

Just getting classrooms to house the smaller classes was a challenge in itself. She convened meetings with the California Manufactured Housing Institute, “begging them to double and triple shifts to build portable classrooms,” she recalled several years ago. To get the portables to schools throughout the state, she had to request a waiver from the California Highway Patrol to allow trucking companies to transport wide loads on state highways over Labor Day weekend.

Finding teachers was another headache. More affluent districts were able to lure teachers away from poorer ones, leaving the latter  worse off than before. Others had no choice but to hire teachers without full credentials. In many cases, classroom space and money were taken from other programs to get the class size reduction initiative off the ground.

On top of that, in the early years at least, there was no conclusive evidence that the program led to improved academic outcomes, according to a research consortium set up to study it. The consortium consisted of several leading research and policy organizations.

In subsequent years, some of the early problems were ironed out. Teacher recruiting efforts were ramped up, and teachers on temporary credentials eventually converted them to full credentials. Small K-3 class sizes became a part of the education landscape.

But eventually one fundamental weakness of program — its dependence on annual infusions of extra state dollars — turned out to be its undoing. During the Great Recession, the class size reduction program was scaled back, and under Gov. Jerry Brown’s watch, was officially abolished in 2013. Soon K-3 class sizes grew in many school districts across the state to 30 students, the maximum allowed by state law.

As part of the landmark Local Control Funding Formula, Gov. Brown has built in financial  incentives for districts to reduce K-3 class sizes to 24 students. But in most districts, class sizes of 20 students are a thing of the past.

The 2002 EdSource report, based on the work of a special research consortium set up to look at the impact of the program, concluded with a sobering section on “lessons learned” that it said should “apply to future education reform efforts.”

No one is suggesting that universal preschool should be introduced in a few weeks along the lines of  the class size reduction program. But as legislators introduce bills to implement universal preschool next year, and to push the next governor in that direction, the lessons from an earlier era still seem relevant. Among them:

“In the future,” the report said, “any large initiative should have ample time for districts and schools to plan between passing it into law and implementing it.”

The last lesson may be the most important one and it is one that Newsom seems to be well aware of.

Last week in Fresno, Newsom indicated that expanding early childhood education will still be a top priority of his administration, and suggested that he will propose additional spending for it in his first budget, which he will unveil in January.

But he is also tempering expectations of a rapid expansion of preschool to serve all California’s 4-year-olds even though he believes in it, and despite the huge budget surplus he stands to inherit.

“We all will live within our means,” he told The Sacramento Bee  last week. “We’re not going to deviate from being fiscally prudent.”

He also acknowledged the logistical challenges.

“Even if you wanted to provide universal preschool, you could not achieve that in the immediate term,” he said. “It would take years and years to build out that infrastructure.”