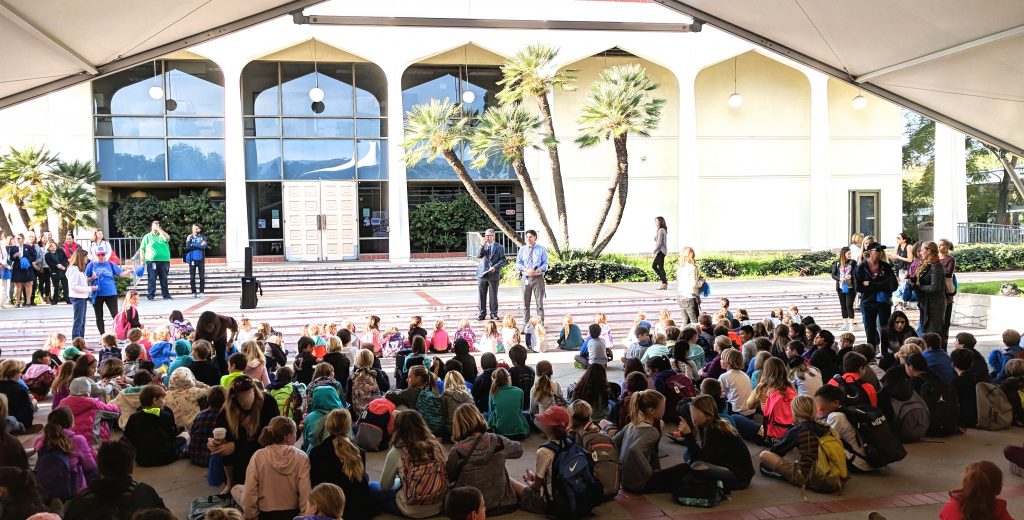 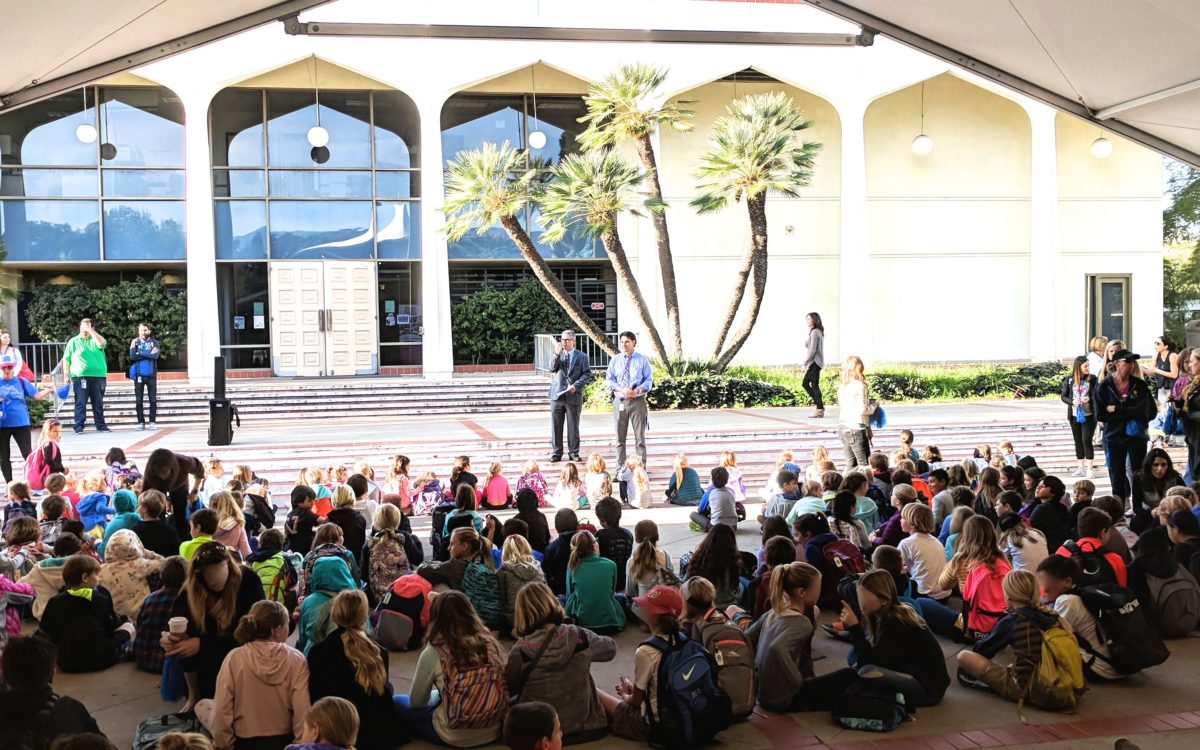 David Lawrence/Santa Barbara County Office of Education
Students in Santa Barbara return to classes at a new campus after their school was closed following mudslides.

David Lawrence/Santa Barbara County Office of Education
Students in Santa Barbara return to classes at a new campus after their school was closed following mudslides.

California schools ravaged by fire, floods and mud this year have mostly re-opened and are diving in to a new semester, but district leaders say they’ve learned some crucial lessons about handling natural disasters that all schools could benefit from.

“A disaster could happen anywhere at any time in California,” said Steven Herrington, superintendent of the Sonoma County Office of Education, where two public schools were destroyed, nearly a dozen schools were damaged and hundreds of students and staff lost their homes. “We all have emergency plans. For us, overall, things went pretty smoothly. But nothing can really prepare you for a major disaster like what we experienced.”

California suffered a historic wildfire season in 2017, and began 2018 with devastating mudslides in Santa Barbara County. In October, fires ripped through Sonoma, Napa and Mendocino counties in the Wine Country, killing 44 and destroying thousands of buildings; in early December, a swarm of fires scorched Ventura, Santa Barbara and Los Angeles counties in Southern California (one of the fires, the Thomas Fire, was the largest wildfire in state history). On Jan. 9, mudslides and floods swept through Montecito in Santa Barbara County, killing 21 and destroying 115 homes.

School leaders in those areas say they had very little notice of the impending disasters and had to troubleshoot an enormous, and often shifting, set of variables under highly stressful circumstances — in some cases as their own families and homes were imperiled. Herrington’s wife, for example, was undergoing cancer treatment at a local hospital when the fires erupted.

The immediate priority was the safety of students and staff, but the weeks following the disasters were spent assessing damage to school buildings, finding alternative campuses, arranging repairs, handling claims paperwork, tending to students’ emotional well-being and trying to predict enrollment figures as hundreds of students and staff suddenly became homeless.

Meanwhile, some students missed weeks of instruction due to closed schools — meaning the school year will extend later into the summer, breaks will be canceled and students will need waivers for college applications, advanced placement tests and standardized exams.

“It took Lake County schools two years to recover from their fire (in 2015). We anticipate the same here,” Herrington said. “But I think overall, people here are very optimistic. We’re really trying to keep positive and deal with each challenge as it comes along.”

The California Department of Education allows schools to continue receiving their usual per-pupil funding in cases of natural disasters, and provides extensive resources to help schools cope with the array of challenges. In addition, the federal McKinney-Vento Act provides rights to homeless students — including those who lost their homes in disasters — such as the right to continue attending their original school regardless of where they’re living.

In Ventura County, County Superintendent Stan Mantooth said that even though local schools had done regular emergency drills, nothing could prepare students and staff for the fire that tore through their picturesque, coastal county in early December.

“It was absolutely surreal,” he said. “We thought we were going to be OK but then the wind shifted and we suddenly had a wall of smoke coming at us, like a fog bank. You see things like this on TV but it’s not the same when you’re right there, looking at a whole mountain on fire.”

Ventura County did not lose any schools, but flames came within feet of some campuses, and many schools suffered severe smoke damage. In Ventura Unified, 100 fewer students showed up for school after the fires. In Santa Paula, in the rural central part of the county, a mobile home park across from Briggs Elementary burned to the ground, displacing dozens of mostly immigrant families.

“We’re still in recovery mode,” Mantooth said, noting that he sometimes imagines he smells smoke, long after the fires have extinguished. “I’ll be walking around and suddenly smell a campfire — I don’t think it’s real, but the mental residue is very much still there.”

In Santa Barbara County, the fires and mudslides are among the worst disasters in county history. Nineteen of the county’s 20 school districts were closed in early December due to poor air quality and fire damage, and a month later two schools closed again due to the mudslides.

Emotions have ranged from fear and frustration to relief and exuberance — especially when children, parents and teachers reunited following a school closure, said county Office of Education spokesman David Lawrence.

“There are stories of incredible heroism — what the first responders encountered and what residents experienced was just extraordinary. And to see the excitement of kids when they get back together, that’s an emotional and heart-warming thing,” he said. “But some people are still shaken … Given the gravity of what happened, one thing we’re watching closely is ‘invisible’ injuries — emotional reactions that aren’t immediately obvious.”

Researchers there study school disasters nationwide, from hurricanes to mass shootings to terrorist attacks, and have compiled resources for schools and students who might be experiencing grief.

Dr. David Schonfeld, the center’s director, said that during disasters schools can become an important center of the community, especially for immigrant families.

“In this political climate, a lot of immigrant families are extremely reluctant to seek services from government agencies, but they trust their child’s teacher, or principal, so school is the only place they’ll go,” he said.

School might also be the only source of stability in a child’s life for a while, he said.

Here’s a summary of advice from Schonfeld and the superintendents in Sonoma, Ventura and Santa Barbara counties: