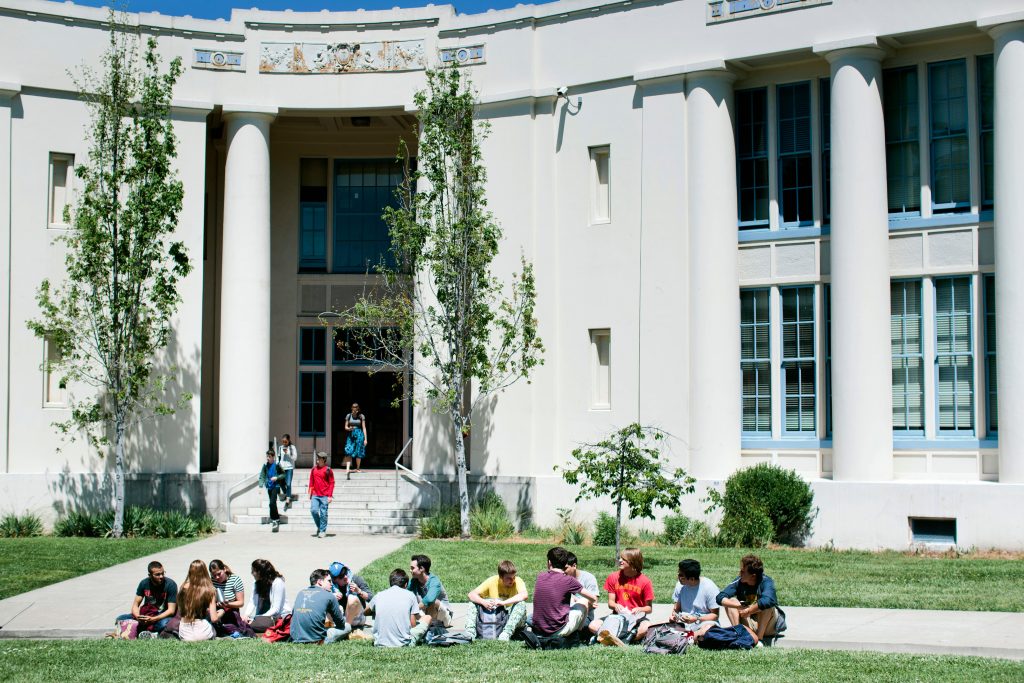 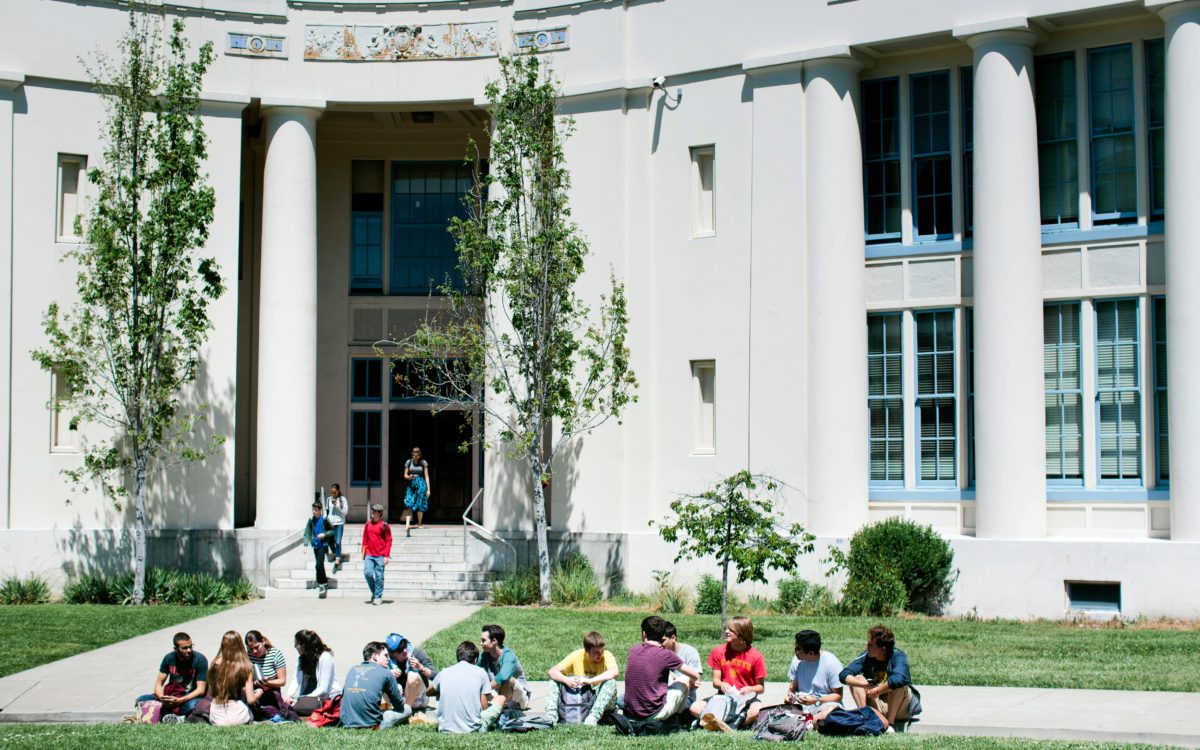 Following the February massacre at Marjory Stoneman Douglas High School in Parkland, Fla., California legislators, like their counterparts around the nation, introduced a number of bills to address school safety.

Two bills — one by introduced by a GOP lawmaker calling for armed police officers on every school campus and another mandating mental health professionals in schools — have already died in the Legislature. But other more modest measures, having to do with locks on classroom doors, gun violence restraining orders and school safety plans, are still alive.

EdSource has been tracking the progress of these bills. We also spoke to school safety and mental health experts about the pros and cons of each.

Summary: Authored by Assemblyman Patrick O’Donnell, D-Long Beach, AB 3205 requires that any school modernization project done with money from the state’s school facility bond program include locks that allow doors to classrooms and any room with an occupancy of five or more people to be locked from the inside. This builds on 2010 legislation requiring such locks in classrooms of all newly built schools. The estimated annual cost is as high as $750,000, depending on the number of classrooms retrofitted each year.

Status: Passed the Assembly with a unanimous vote and is in the Senate Education Committee.

Author Comment: “I was a classroom teacher for over 20 years and I had to go outside my classroom door during a lockdown to lock the door,” O’Donnell said. “It does take time — and in active shooting scenarios, seconds matter.”

Expert comment: “This has been an issue with teachers since Columbine. Having to lock the door from the outside does create an additional step for teachers,” said Kenneth Trump (no relation to President Trump), of Ohio-based National School Safety and Security Services. “But the flip side is you could have a hostage situation, or a sexual assault, and they are able to lock themselves in the room. We need to realize it is not a panacea and could have unintended consequences in other contexts.”

Summary: Authored by Assemblyman Phil Ting, D-San Francisco, AB 2888 amends the state’s existing “red flag” law to enable an employer, a co-worker, or an employee of a high school or college to request the courts to issue a gun violence restraining order from a person owning, purchasing, possessing, or receiving a firearm or ammunition.

Status: Passed the Assembly on a 48-25 vote and is in the Senate Public Safety Committee.

Author comment: “As we saw in the February massacre at Marjory Stoneman Douglas High School, teachers and administrators saw early signs that the suspected gunman, a student, could be a threat,” Ting said in a news release. “We want to give schools in California another tool to prevent more campus tragedies.”

Expert comment: “Regardless of how a district decides to utilize the law if passed, training will be needed so school officials will understand how the law can be applied,” said Michael Dorn, executive director of Georgia-based Safe Havens International. “We would advise our clients to request law enforcement officials to seek this type of order to reduce the chances that a student who could be dangerous retaliates against a school employee.”

It also mandates, beginning in 2020, that the Department of Education survey districts statewide every other year to verify that schools have submitted safety plans that adhere to the new standards. The estimated annual statewide cost of the bill is $5 million. It is supported by the American Red Cross and Common Sense Kids Action. There is no formal opposition.

Status: Passed the Assembly in a unanimous vote and is in the Senate Education Committee.

Author comment: “There haven’t really been any set plans for school districts to be prepared to respond to these types of incidents,” Rodriguez said. “No one follows up, no one checks on whether these plans are in place. This is something we need to start addressing.”

Expert Comment: “What we worry about are ‘plans in a can’ (one-size-fits-all plans that legislatures mandate for an entire state),” Dorn said. “If you’re in a rural district where it takes 20 minutes for a cop to respond, you need a far different plan than you do in a district where you’ll have 100 cops in five minutes.”

Summary: Authored by Assemblyman Kansen Chu, D-San Jose, the original version of AB 2022 called for every school district or charter school to have at least one mental health professional for every 600 students. Currently in California, student-to-school counselor ratios are 792-to-1, school psychologists are 1,265-to-1 and school social workers 12,870-to-1, according to the legislative analysis of the bill. The estimated cost of this mandate would have been about $100 million annually.

It was supported by the American Civil Liberties Union of California, the Depression and Bipolar Support Alliance, Disability Rights California, the National Alliance on Mental Illness and the Steinberg Institute. The California Nurses Association stated that its support would have been contingent on amendments to the bill.

Status: The Assembly gutted the original bill and passed a version that simply calls for a study to be completed by July 1, 2020 of the existing mental health worker-to-student ratios in elementary, middle and high schools, along with a set of recommendations on how to best provide mental health services to students. Kansen plans to redraft the legislation before introducing it in the Senate, but offered no specifics as to what might be included in a new bill.

Expert comment: “I would go with the mental health professional over the armed officer,” said Kristen Harper, director of policy development for Child Trends, a Maryland-based child development research organization. “I have trouble with the argument that a cop can act like a social worker. If that’s the case, then lets bring in a social worker.”

A fourth, AB 2315, calls for a study of “telehealth” services for school children, which focus on services that can be given to students over the phone. That bill, authored by Assemblywoman Sharon Quirk-Silva, D-Fullerton, passed the Assembly and is in the Senate Education Committee.

Summary: Authored by Assemblyman James Gallagher, R-Chico, AB 2067 called for an armed school resource officer on every elementary, middle and high school campus in the state. The cost of implementing this mandate would have been in the high $100 millions to more than a billion dollars. It was supported by the California Rifle and Pistol Association and opposed by the American Civil Liberties Union of California, the California Association of School Business Officials and the public interest law firm Public Counsel.

Status: Died late last month in the Assembly Appropriations Committee. Gallagher indicated he might re-introduce a significantly scaled-down version of the bill focused on rural schools, but has no specific plans.

Author comment: “I’m looking for a compromise — a way to get more security that is more financially feasible. Maybe a grant program instead of a mandate,” Gallagher said. “There are a lot of schools in my district and other parts of rural California that don’t have school resource officers.”

Expert comment: “We are working with districts all over the United States that want to do this, but they are having to make some really tough choices,” Dorn said. “There are school systems in this country (including rural California) where you have 25 students and the superintendent is driving the bus. They don’t have a school nurse in the whole county.”