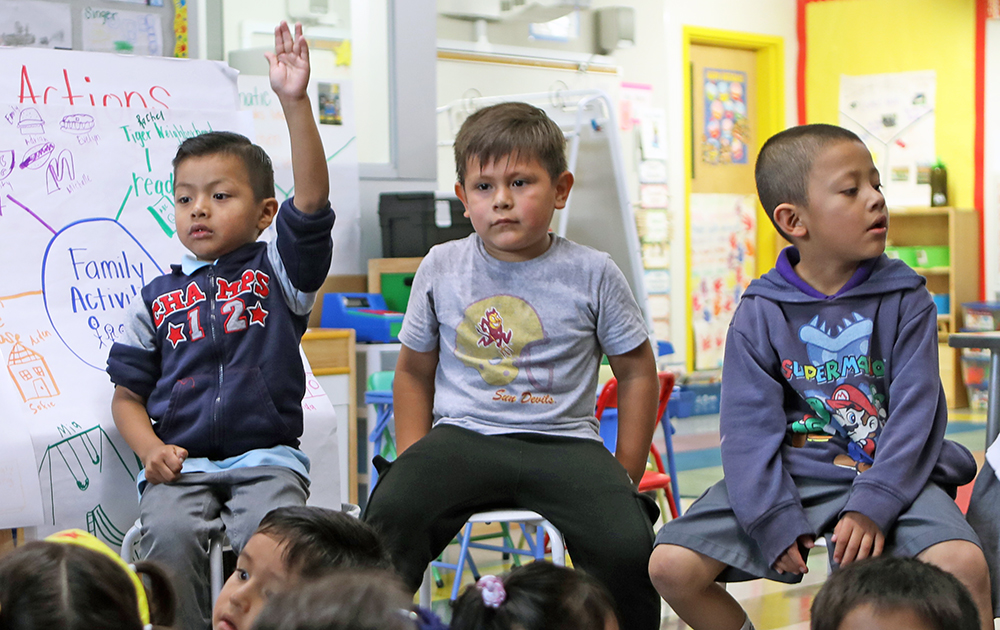 Frustrated by being mistaken for their money-making cousins, the organization representing California’s charter schools, which are overwhelmingly run by nonprofit boards, is calling on Gov. Jerry Brown to sign a bill that would outlaw for-profit charter schools.

Gov. Jerry Brown signed Assembly Bill 406 without comment on Friday, Sept. 7. California Charter Schools President Jed Wallace celebrated in a press release.  “Charter schools are an integral part of California’s public school system. We are thrilled that our state has embraced a thriving charter school sector that is public, free, open to all, and 100 percent operated by non-profit organizations,” he wrote. Brown had vetoed a similar bill three years ago.

Organizations representing teachers unions, school boards and school administrators also want Brown to sign the bill, Assembly Bill 406, which would ban charter schools that operate as, or are controlled by, for-profit corporations. It’s a rare instance in which teachers’ and school officials’ organizations find themselves agreeing with the California Charter Schools Association.

There’s a question, however, whether the bill will work as intended. A spokesman for K12 Inc., the largest for-profit charter school corporation, said the company believes it wouldn’t have to change its operations to comply with AB 406. And the near-unanimous support for the bill may not persuade Brown to sign it. Three years ago, the governor vetoed a similar bill. “I don’t believe the case has been made to eliminate for-profit charter schools in California,” he wrote in October 2015, in his message veto for Assembly Bill 787. 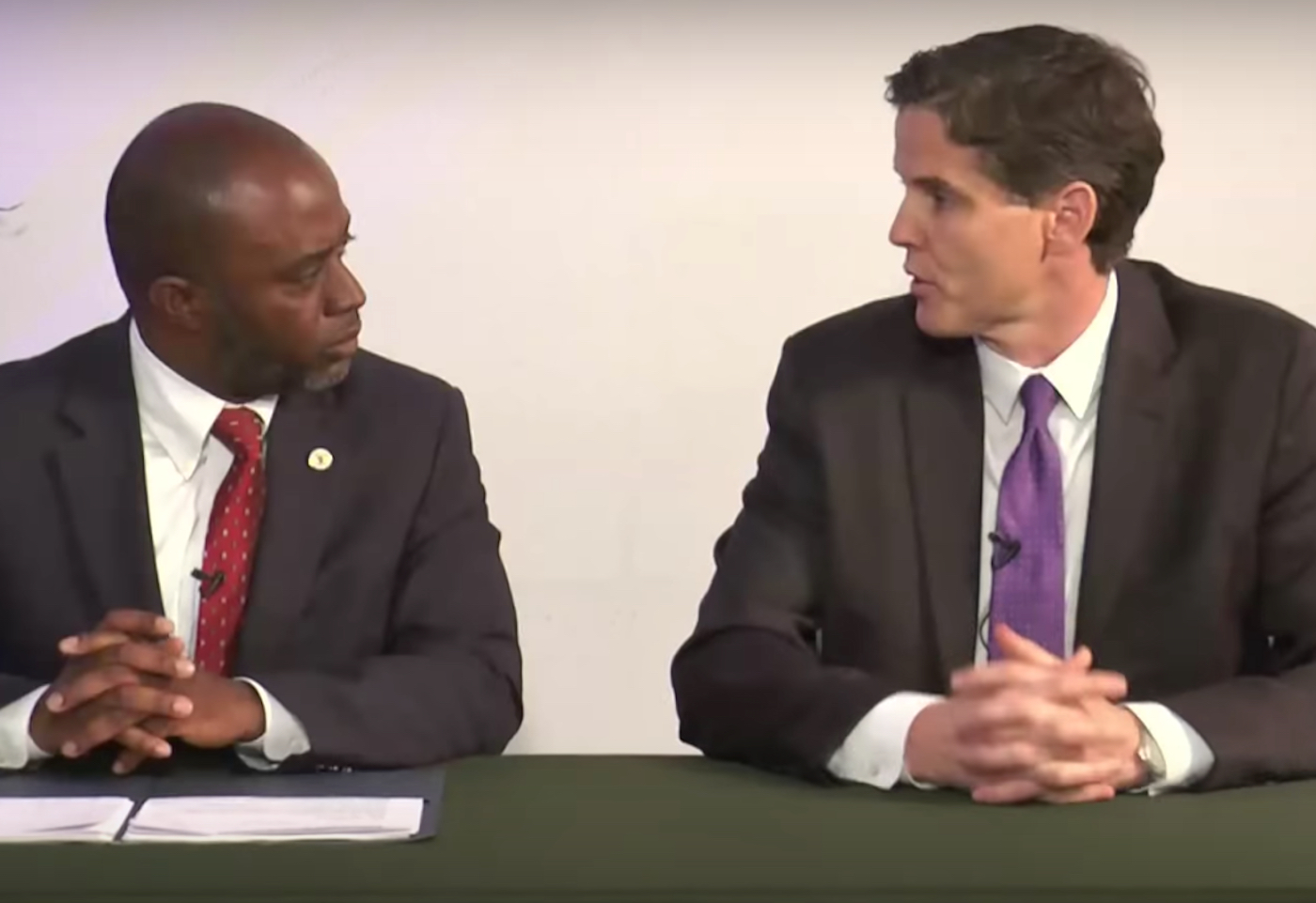 Brown also criticized the bill’s language, which he warned could ensnare nonprofit charter schools that contract with for-profit vendors. Brown, who has until Sept. 30 to decide whether to sign or veto bills, has given no signal whether he has changed his view. If approved, AB 406 would take effect Jan. 1, 2019.

For years, charter schools and their advocates have bristled at the “myth” that “charter school people were more interested in seeking profits than doing right by kids and families,” charter schools association CEO and President Jed Wallace wrote in an op-ed in the East Bay Times last week. “Nothing could be further from the truth.”

That total includes the nine nonprofit California Virtual Academies known as CAVA, online schools with about 11,000 students and several affiliated Insight Schools of California that AB 406 appears to target, though not by name. The online schools are affiliated with K12 Inc., a publicly traded national charter school operator based in Virginia with annual revenue of nearly $1 billion. California Connections Academy, another online education operation with four nonprofit schools,  is owned by Pearson, a multi-national education textbook, assessment and technology company. Explaining the need for the bill, the Senate analysis refers to nonprofit charter schools with contracts for curriculum and services that “sweep” nearly all of their public dollars into their parent for-profit corporation.

In October 2017, the state fined K12 $2 million for faulty accounting and overpayment of supervisory fees following an audit of CAVA that found insufficient documentation of attendance data — the basis for collecting student revenue. Two years ago, the company agreed to pay $8.5 million to settle claims, mainly the state’s legal costs, with then-Attorney General Kamala Harris, who had charged K12 with inflated student attendance, false marketing and improper financing arrangements with its schools. K12 denied any wrongdoing and noted there was no finding of fault.

Now, by ensuring all charter schools are operated and controlled by nonprofit organizations, “we hope AB 406 will change the discussion,” Wallace wrote in his op-ed.

Wallace and the charter schools association negotiated the bill’s wording with the California Federation of Teachers, the smaller of the state’s two teachers unions. Assemblyman Kevin McCarty, D-Sacramento, is the main author; Assemblyman Tony Thurmond, D-Richmond, who’s running for state superintendent of public instruction, is a co-author.

But while it’s easy to prohibit a for-profit corporation from chartering a school, it’s trickier to ban a for-profit corporation from controlling the operation of a nonprofit charter school. Just as traditional school districts do, charter schools buy books and supplies from for-profit firms; they hire outside attorneys. Some farm out their bookkeeping and accounting operations and hire consultants.

In his veto message three years ago of a similar bill, Brown said he was concerned that “ambiguous terms used in this bill could be interpreted to restrict the ability of nonprofit charter schools to continue using for-profit vendors.”

Eric Premack, who advises small charter schools as they navigate the process of meeting California’s charter law, which he helped write in 1992, says that AB 406 suffers from the same problem, and he’s recommending that Brown veto it, too.

“To what degree will they be allowed to outsource to for-profit concerns? I am fearful the language is so vague that some charter schools may not know what some of it means,” said Premack, executive director of the Charter School Development Center in Sacramento.

But other sections would appear to prohibit a charter schools from approving “any expenditures,” no matter how small or urgent, or entering into any contract for services without prior approval of the board of directors at a public meeting.

Brittany Parmley, spokeswoman for the charter schools association, said that the intent is more transparency, which would happen when a nonprofit board approves “larger” spending. But most nonprofit organizations allow administrators to determine spending below a set amount or make financial decisions in a pinch, with retroactive board approval, which could be questioned under the bill.

“In which instances would nonprofit charter schools be determined to be ‘operated by’ for-profit corporations?” the Senate Education Committee analysis of the bill asked. The analysis suggested further clarifications that were not made.

Ambiguity, however, could cut both ways.

Michael Kraft, K12 Inc,’s senior vice president for communications, said that the company’s relationship with CAVA schools “has evolved over years to the point where they are independently run schools and the company does not believe that the bill would change how it currently delivers products and services.”

If it has to make changes to meet the requirements of the bill, then it will, he said.