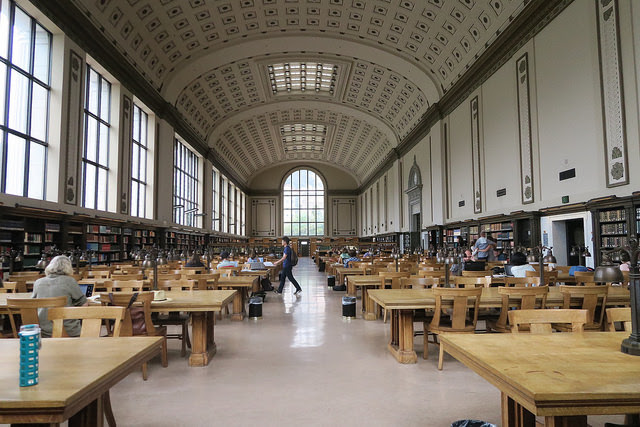 If the next governor of California is a Democrat, the state’s higher-education system can count on an ally who will propose a surge in extra funds for public colleges and their students.

Two of the Democratic candidates — front-runner Gavin Newsom and current state Treasurer John Chiang — want to make community college tuition free for two years. The system enrolls 2.3 million students. Newsom also proposes to freeze tuition at the University of California and California State University, which together enroll more than 750,000 students. Chiang would go further by lowering tuition and fees by more than 40 percent. Another candidate, former Los Angeles Mayor Antonio Villaraigosa, would offer up to two years of free public college, plus housing costs, to 18-to-25-year-olds, in exchange for working in public service under a new program he calls the California Dream Corps.

Other ideas include Newsom’s plan to create college-savings accounts for all of California’s kindergartners, possibly building off a program he launched as mayor of San Francisco in which children received a small sum from the city and parents were encouraged to make monthly deposits into the account. Newsom and Villaraigosa also proposed giving students larger Cal Grants while all candidates expressed different levels of support for tying some of the state funding colleges receive to the academic success of their students.

Californians voting June 5th will pick the top two candidates to advance to the general election in November. An averaging of recent public polls indicates the second spot is up for grabs, with Cox showing a small lead over Villaraigosa.

Newsom wants to increase funding by an undefined amount to avoid tuition hikes. Chiang wants to reduce tuition and fees by 40 percent within 10 years, returning to their pre-2009 levels, which preceded a period that saw several increases to tuition as state support for higher education nosedived following the Great Recession. He’d pay for it in part by removing government waste and touted his ability to find savings during his tenure as state controller. “As state controller, I identified $9.5 billion in waste, fraud, and abuse of taxpayer dollars, money we could have put to good use investing in education,” he said.

Eastin wants to increase higher education funding from today’s roughly 12 percent of the state budget to 18 percent — a level not seen since the early 1970s. To help fund the increase, she’d propose loosening restrictions on raising commercial and industrial property taxes.

All the Democratic candidates except Villaraiogsa back a proposal now being considered in the Legislature to increase by 60 percent the main funding source for the state’s public K-12 system and community colleges, known as Proposition 98.

“If California wants to keep our mantle as the fifth-largest economy in the world, we need to reinvest in our economic engine — our cradle to career public education system,” Newsom said.

The bill leaves out just how the state would pay for the increase.

Villaraigosa explained that the state constitution already ensures about 40 percent of the state budget goes to schools and community colleges because of the requirements of Proposition 98. He’d rather improve educational outcomes to boost the economy, which would lead to more funding for the state’s schools and community colleges. “There is a positive feedback loop — better schools create a stronger economy; a stronger economy creates more tax revenue,” he said.

The Legislature is presently debating Gov. Jerry Brown’s plan to tie some state funding for community colleges to how well students do academically. EdSource asked the candidates  whether they support such an idea for all three higher education systems.

Villaraigosa said the state’s colleges and universities should be held accountable for the success of their students. “We need more accountability from our three systems focused on outcomes and not just inputs,” he said.

While he said a plan to tie some community college funding to student outcomes “appears to make sense,” he warned of possible unintended consequences. “Colleges with large number of Latino and African-American students may find themselves with less funding over time,” he said.

Newsom supports “the intent” of Brown’s proposal and signaled an interest in expanding such accountability to UC and CSU. “Research shows that linking funding to student performance and graduation rates as a piece of the overall higher education budget can be a powerful force in achieving our shared goals,” Newsom said.

Eastin finds the concept “logical” but said the state must increase funding before it begins judging schools for the performance of their students.

Chiang was less clear, writing: “I do support strategic funding by the state that creates incentives for improving time to degree, transfer and graduation” for the UC, CSU and community college systems. (In April Chiang told EdSource he’s “open” to the idea of tying some state support of community colleges to student outcomes.)

The Legislature is debating Gov. Brown’s proposal to create an online community college charged with developing the skills of workers who lack a college degree or certificate. The program would emphasize linking coursework to skills needed on the job that can be learned in less time than earning a college degree.

The Democratic candidates running to replace Brown expressed varying support for the proposal.

Villaraigosa doesn’t come out and directly endorse the plan, but he does provide several reasons for why he thinks it is a good idea.  Newsom appears far more equivocal,  likes the spirit, but agrees with some of the criticisims leveled against it.   And he puts a new idea on the table of offering “individual skills accounts,” for workers to improve their skills throughout their lives, without saying how it would work.

Villaraigosa said he supports “the concept” behind the plan and tied it to the need for lifelong learning and technology and data to benefit workers. “We need to leverage the benefits that come from emerging and advanced technologies but do so in ways that put the goal of growing the middle class as the priority, so that policy development is about saying yes to advancements without saying no to workers,” Villaraigosa said.

Newsom expressed support for “the spirit” of the proposal but said he shares “some of the concerns raised by faculty and students and look[s] forward to continuing conversations about innovative ways to increase access to education and career opportunities.” He advanced the idea of “individual skills accounts for Californians looking for work so they can always refresh their skills, no matter what stage of life.” He said the accounts, established with the backing of business, labor and government, “will allow Californians to tap into the vast resources of our community college system to help get folks back on their feet.”

Chiang said he hasn’t studied Brown’s proposal in close detail but supports “serving the needs of these students and that we’re doing it in the most efficient and economical way possible.”