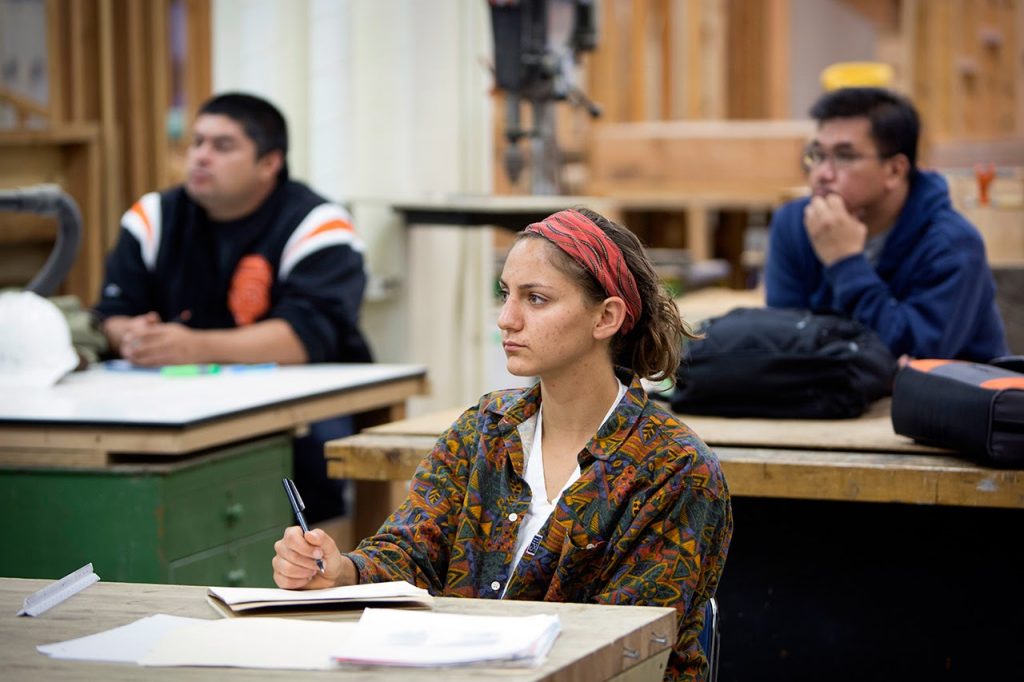 Rather than a piecemeal approach, the model emphasizes wholesale change 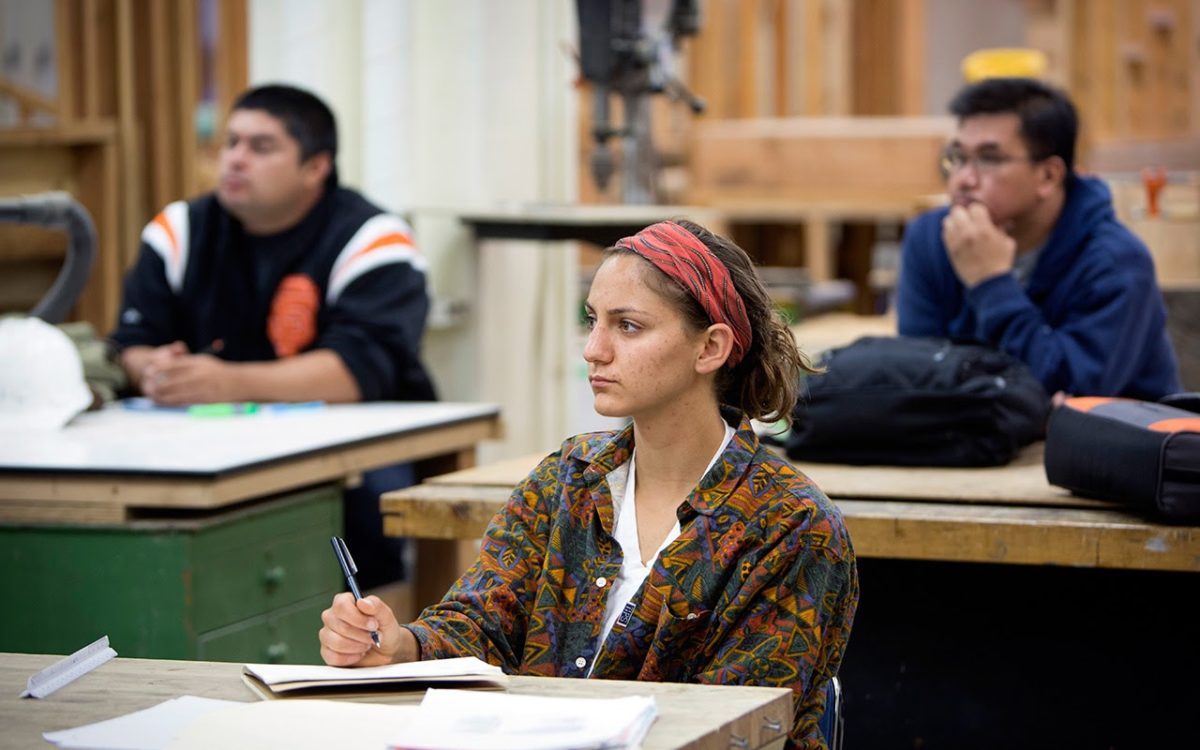 California’s community colleges are embarking on the most far-reaching reform they have ever adopted, in a bid to tackle their biggest challenge: to improve on historically low rates of student graduation and transfers to 4-year colleges and universities.

Lawmakers allocated $150 million over the last year to put in place the approach, known as “Guided Pathways.” It is a centerpiece of the “Vision for Success,” California Community Colleges Chancellor Eloy Ortiz Oakley’s blueprint to dramatically boost the system’s performance in preparing students for work or further education.

But the very ambition and expansiveness of the reform effort could make it difficult to realize across the 115-college system. Pathways asks colleges to change virtually every aspect of how they educate students, from the way they advise students to their strategies for remediation and even how they schedule classes.

Colleges were not required to enact guided pathways but a year after legislation enacting them was signed into law all 114 colleges have agreed to implement the Guided Pathways approach. But just 1 college in 5 has made progress in implementing the student-success model, according to the chancellor’s office. Three-fourths are in the “early adoption” phase — that is, they have not yet “fully or consistently” adopted the model.

Most, if not all, of the institutions in the more advanced group had a head start, having decided on their own to pursue pathways before the legislation was passed.

Still, with fewer than half of community college students in California earning a degree or certificate or transferring to a four-year institution within six years, aggressive action is needed to make real progress, supporters say. “We don’t have time to tinker around the edges,” said Laura L. Hope, executive vice chancellor for educational services and support.

Across the country, educators are coming to a similar conclusion: that guided pathways are the real deal. Over the past five years, more than 250 community colleges nationwide have signed on to guided pathways and the American Association of Community Colleges and philanthropic groups including the Bill and Melinda Gates Foundation and the Teagle Foundation have supported such work.

Even among the earliest adopters, it is premature to see big shifts in graduation rates. But some early indicators, which typically correlate with upticks in completion, are promising. At Sinclair Community College, in Ohio, the percentage of students who completed at least nine credit hours in their major as freshmen increased from 30 percent to 50 percent over five years. At another Ohio institution, Lorain County Community College, the number of credits students took to earn a degree declined by 7 percent as they took fewer courses that didn’t count toward their major.

The problem, as proponents of pathways see it, is that community college students, many of whom are the first in their families to go to college, have too little guidance and get academically off-track almost from the moment they set foot on campus. Colleges, in pathways parlance, are like cafeterias, with a seemingly endless menu of course choices, and students fill up on empty credits without moving any closer to earning a degree.

Under guided pathways, students are put on a route toward a career from the get-go, taking a structured course of study that is mapped out for them. Rather than slotting poor-performing students into remedial courses, where they can languish for semesters mastering material they should have learned in high school, they immediately enroll in college-level math and English, with built-in supports to help them keep up. Student progress is carefully monitored — are they taking a sufficient number of credits per semester and do those credits count toward their chosen major? — to ensure they stick to the path.

If some of these ideas sound familiar, that’s because they are. Colleges are measuring student performance early and often and are working with employers to graduate students who are ready for work. Separate legislation passed last year largely does away with remedial education in California’s community colleges.

What distinguishes guided pathways from previous efforts is that it stitches together all these reforms and applies them across the institution. Rather than implement a single change at a time or pilot efforts with a small group of students, pathways asks colleges to commit to a wholesale, institutional overhaul.

“It’s not just one chapter,” said Mandy Davies, vice president of student services at Sierra College, in Rocklin, which began working on guided pathways in 2015. “It’s rewriting the entire book.”

Books, though, begin with writers tapping out those first, tentative sentences and guided pathways implementation typically starts with colleges taking a look at the degrees and programs they offer and rethinking how to organize and present them in a way that makes clear how they can lead to work in certain fields. Traditional academic divisions like the “humanities” or “social sciences” might be relatively meaningless to a first-time student, but tagging a group of majors as leading to “helping careers” could let a student know the kind of jobs associated with such study.

There’s no one-size-fits-all approach to delineating these degree clusters, and ideally groupings will vary according to regional economic need. Institutions in Silicon Valley, for instance, might highlight how certain degrees prepare students for technology-related fields, while Mt. San Antonio College, in Walnut, has a cluster called Plants and Animals to emphasize the majors’ applicability to local agricultural work. In some cases, areas of study may cross clusters. At MiraCosta College, in Oceanside, communications is grouped both with business and technology and arts, a recognition that the degree could lead to jobs in both fields, said Sunita Cooke, the college president.

Once colleges have done the work of organizing their majors, they typically begin to map out the sequence of courses students must take for each degree. Too often, community college students enroll in courses with little relevance to their course of study. In California, the average student racks up nearly 30 more credits than the 60 needed for graduation or transfer, the equivalent of earning a degree and a half.

Students simply may not know what courses to take and in what order, said Kathy Booth, associate director of the California Pathways Project, a demonstration project of 20 colleges across the state. When Booth works with colleges, she often hands faculty members the course catalog: Figure out what courses to take to earn a degree, she challenges them. Generally, they can’t. “The information we give students,” she said, “is just incomprehensible.”

At some colleges, the mapping work may amount to listing all the courses that could count toward a particular degree. At other institutions, the model is more prescriptive. Students at Georgia State University are given semester-by-semester course schedules, with little room to deviate. (While guided pathways are more common at the community-college level, some four-year institutions have embraced similar reform.)

Course maps have drawn criticism from faculty who worry that they commit students to too narrow an academic and career path without giving them a chance to figure out where their interests truly lie.

Keith Law, who teaches philosophy at Merced College, worries that instructors will be pressured to promote unprepared students in order to reach completion goals. On average, Law said, two-thirds of students in a critical-thinking course he teaches are unable to complete a basic reading comprehension exercise he assigns each term, despite having passed college English; many, he said, are functionally illiterate.

Guided pathways will do little to address poor academic preparation, Law said. “Ultimately, this has more to do with herding students through the system as fast and inexpensively as possible.”

Are guided pathways just “another scheme, the next big thing in education with a name that sounds wonderful?” asked Paulette Bell, member of the Academic Senate at Santa Rosa College.

Kay McClenney, who helps lead the national community college association’s work on guided pathways, said students simply cannot afford to spin their wheels without earning a degree. “Who has the luxury of 90 credits?” McClenney said. “Not some poor kid.”

She dismisses the idea that pathways inflexibly lock students into a course of study. Part of the point of constant assessment, she said, is to review whether students are on the right track. Programs of study should be structured but versatile enough to allow students to shift to related majors. “They’re pathways,” McClenney said, “not prisons.”

Still, such change doesn’t come easily. Colleges almost always lack enough advisers to do the intensive work guided pathways requires and they may not have the expertise in specific programs and careers to counsel students effectively. Colleges that have implemented the model have often had to completely reorganize their staff to embed advisers in academic clusters.

There are other hiccups that can slow these efforts. Sierra College, for example, found that it needed to adopt centralized course scheduling because with its ad hoc approach, it had no way of guaranteeing that students got the courses they needed to stay on track academically, Davies said.

That only 20 percent of California colleges have gotten out of the starting gate is par for the course, said Davis Jenkins, a senior research scholar at the Community College Research Center at Columbia University, which originated the pathways model. Guided pathways typically takes multiple years to implement, with the first year spent in planning and self assessment.

That said, Jenkins is somewhat skeptical about whether pathways can be implemented across California’s sprawling community college system. Guided pathways have never been previously attempted at such scale, and the reform generally works best when it has broad support among faculty, administrators and staff, rather than being instituted legislatively.

While colleges were not required to adopt guided pathways, they had strong incentive to do so. Eligibility for funds for other state programs, such as the free tuition California Promise grant, will be tied to guided pathways participation. (This is separate from the dedicated pot for pathways reform.)

The approach has elicited some grumbling from faculty members. “Not really voluntary when you tie money to the program,” said Paulette Bell, a member of the Academic Senate at Santa Rosa College. “Very disingenuous.”

Bell noted this isn’t the first time the community college system has embraced efforts to improve student success, yet in the past completion and transfer rates did not budge. Are guided pathways, she asked, “another scheme, the next big thing in education with a name that sounds wonderful?”

But pathways advocates say that its all-encompassing approach offers promise that earlier efforts did not and could not.