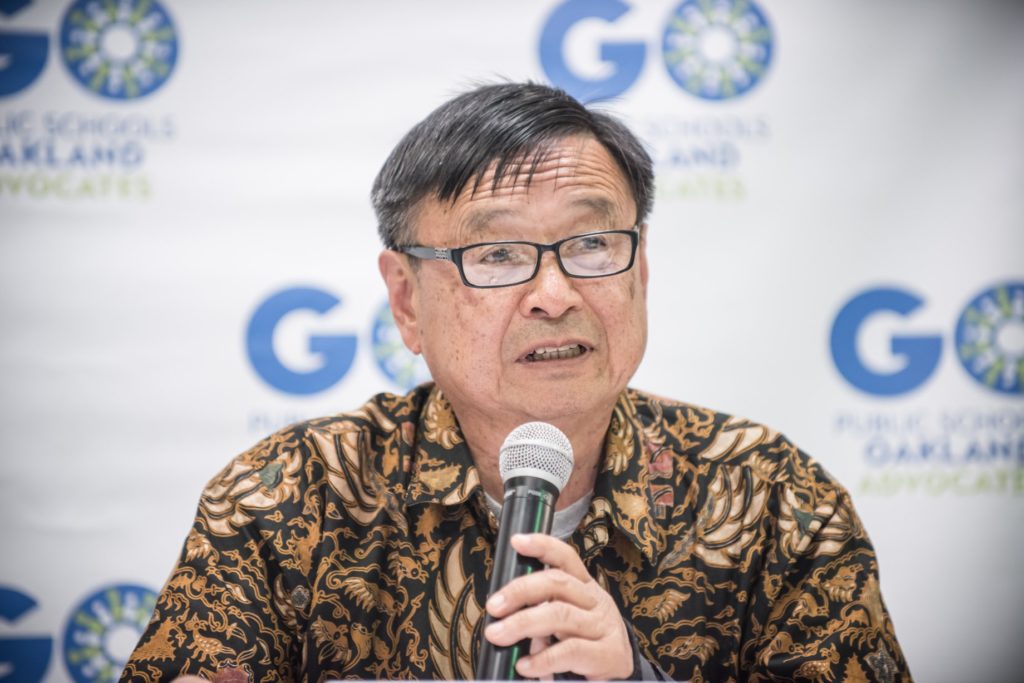 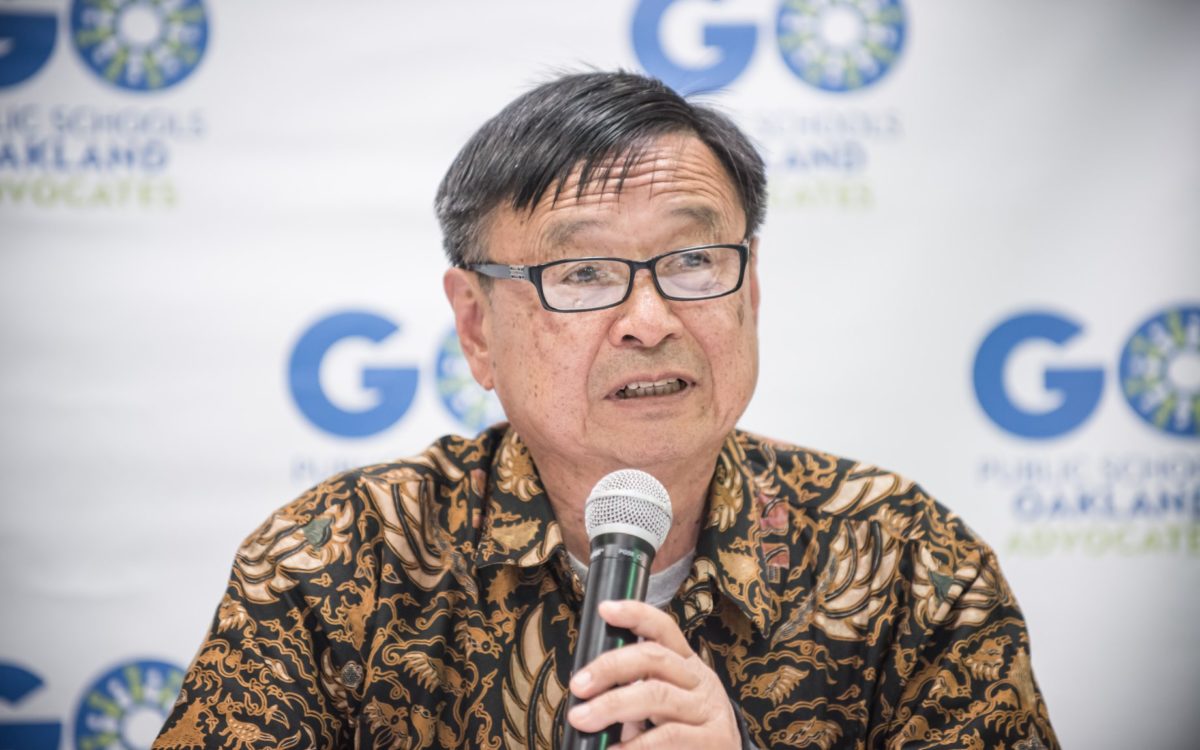 At the same time that the question of charter schools expansion in California is becoming an issue in both the race for governor and superintendent of public instruction, East Bay school board races are attracting campaign contributions from both charter supporters and critics.

Yee, who previously served on the school board and has been a teacher and principal, says he’s not pro or anti-charter. “I’ve been at the forefront of being highly critical of charters. But when charters have been successful, I’ve praised them. I think that makes me pro-school.”

He is running in District 4 against Clarissa Doutherd, executive director of an education advocacy organization called Parent Voices, who is calling for a moratorium on charter schools in Oakland and who is critical of existing charters, saying they don’t serve enough “high-need students,” including those in special education.

The California Teachers Association and Oakland Education Association teachers’ union are supporting Doutherd, with the CTA contributing $23,900 and the local union spending $12,617 on her race.

In West Contra Costa, real estate developer Ronald Nahas has contributed $120,000 to an independent expenditure committee supporting three candidates in that school board election. Nahas is a member of the Making Waves Academy charter foundation’s advisory board in Richmond.

The GO Public Schools Advocates organization, a political advocacy group, is funding the expenditure committees in both school districts.

Independent expenditure committees are allowed to receive donations of unlimited size, but are barred from coordinating their activities with candidates. Direct contributions from individuals and political action committees to campaigns are limited in Oakland but are unlimited in West Contra Costa school board races. Oakland candidates who accept spending ceilings can accept $800 from individuals, businesses, committees or other organizations and $1,600 from political action committees that have been in existence for at least six months, received at least 100 donations and that contribute to at least five candidates. Candidates who do not accept spending ceilings are limited to $200 or $400 respectively.

Jessica Stewart, CEO of the GO Oakland group, said the advocacy arm of the organization supports candidates to give GO Public School network members a voice in the school board election, just as teachers’ unions and other advocacy organizations such as the Sierra Club support candidates for elected offices. It’s “critical,” she said, to have “the right leaders.”

The biggest donors in the West Contra Costa race are Nahas and incumbent school board member Tom Panas. They donated $120,000 and $49,400 respectively to the West Contra Costa independent expenditure committee to support incumbents Valerie Cuevas and Elizabeth Block, along with district teacher Stephanie Hernandez Jarvis in the race against incumbent Madeline Kronenberg and several other candidates.

The Education Matters Political Action Committee, which is funded by Steve and Susan Chamberlin, made a non-monetary contribution of polling valued at $36,000. In addition, Education Matters contributed $10,000 to the Committee to Elect Michael Gonzales to the West Contra Costa board and made nonmonetary contributions of $77,210 to Hernandez-Jarvis’ campaign and $42,333 to Block’s campaign.

Nahas could not be reached for comment regarding his donation. Panas said he supports the three candidates because he believes they “are all good for kids.”

“They are all different,” Panas said referring to their backgrounds and positions on charter schools. “I want to serve on a well-functioning school board. And if I can do what I can to try to make that happen, I’m willing to do that.”

Panas said he follows state law when it comes to approving charter schools.

“I don’t want a district full of charter schools,” he said. But he added that parents have the right to send their children to the schools they choose.

Block said she is disappointed that so much time during the West Contra Costa election campaigns is taken up with talk about charters. She said there are more important issues to discuss over which board members have more control, such as teacher evaluations, budgets and teaching and learning.

GO is committed to quality schools for all children and endorsed candidates based on responses to in-depth questionnaires and candidate forums attended by members, who collectively decided on the endorsements, Stewart said.

She said she couldn’t speak for Bloomberg about why he donated to the group, but said GO did solicit his contributions, since he has contributed to many campaigns across the country and has helped fund GO Oakland’s support for school board candidates in past elections.

Bloomberg could not be reached to comment on why he contributed to the Oakland campaign. In a speech earlier this year, he said he planned to donate to political campaigns of candidates who share his education views, which include giving parents more choices in schools — including charter schools — higher academic standards and preparing students for college and careers.

Note: This story was updated Nov. 6, 2018 to include additional contributions by Education Matters to West Contra Costa school board candidates.