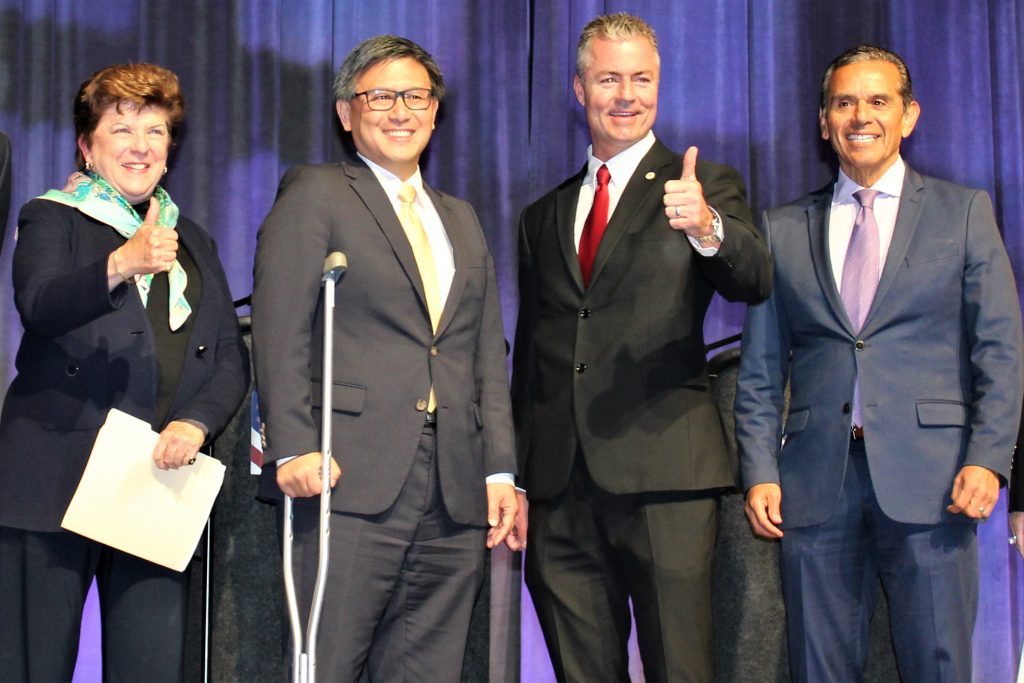 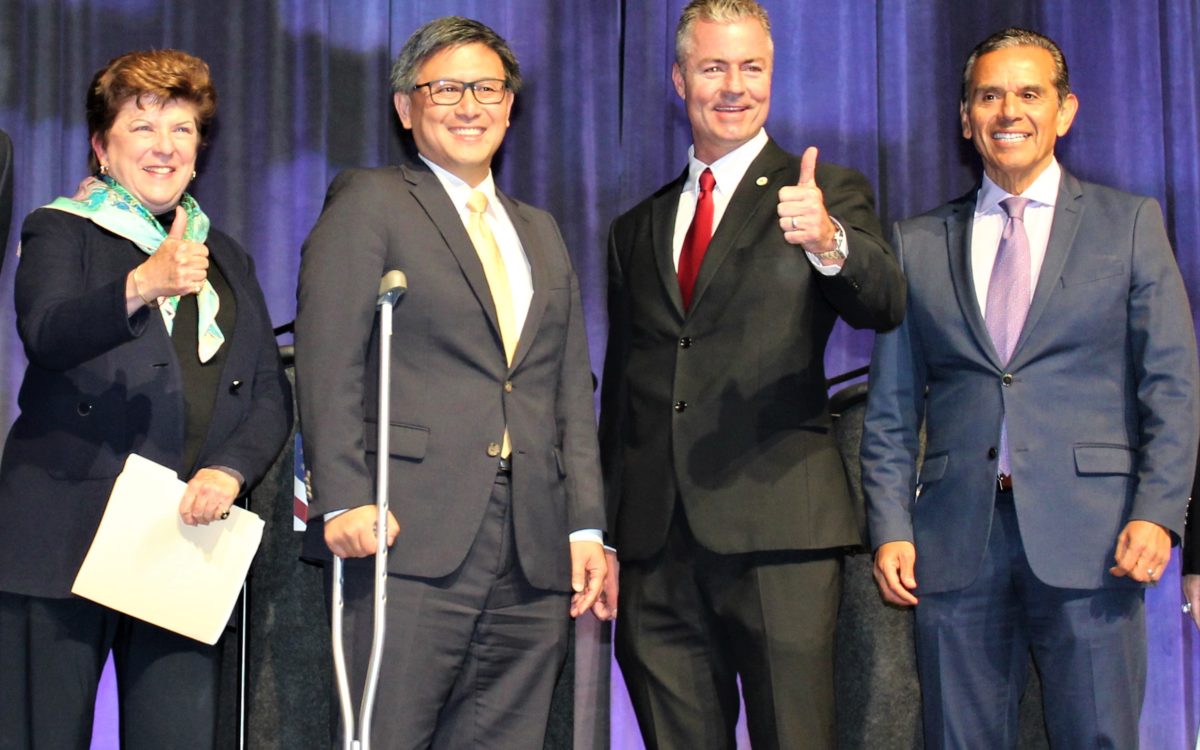 Deep philosophical divides between liberal and conservative positions on such education issues as charter schools, universal pre-K programs and more funding for public schools were aired by gubernatorial candidates at a debate held at the annual California State PTA convention.

Three Democrats — State Treasurer John Chiang, former State Supt. of Public Instruction Delaine Eastin and former Los Angeles mayor Antonio Villaraigosa — often agreed with each other on proposals to raise spending on public schools and fund universal pre-school. But the sole Republican participating, Assemblyman Travis Allen of Orange County, repeatedly contended that it would be foolish to spend more tax dollars on an education system that he said was already broken and lacked accountability.

“Why should we believe that just sending more money to a failing system is going to somehow get us better results?” asked Allen, who has been a strong supporter of President Donald Trump. Without basic education reform and more rigorous testing for student outcomes at California schools, such added spending would be “naïve at best and dangerous to our children at worst,” he said.

Eastin, the state’s top education executive for eight years ending in 2003, the only woman elected to the job, in contrast, said it was “absolutely disgraceful” that California’s per pupil spending was less than half of that in New York’s. In one of the most-cheered lines of the forum, Eastin took aim at Allen’s calls for more accountability without extra money for schools. “I tried to explain to my friend Mr. Allen that you don’t fatten a hog by weighing it more often,” Eastin said.

Two of the top candidates in the June 5 primary, Democratic Lt. Gov. Gavin Newsom and Republican activist and businessman John Cox did not show for the event, which was held Friday evening at the Ontario Convention Center and was co-sponsored by the state Parent Teacher Association and the non-profit research center Policy Analysis for California Education (PACE). The forum’s organizers said the two missing candidates had cited scheduling conflicts. Still, empty lecterns with Newsom’s and Cox’s names were prominent on the stage, in what some among the estimated 1,400 audience members felt was a deserved rebuke to the no-shows.

With questions from the host organizations’ memberships chosen in advance and posed by Marc Brown, television co-anchor of Los Angeles’ ABC 7 Eyewitness News, the event’s format allowed for little back and forth among the candidates. Yet, sometimes the candidates used unrelated topics to set out their differences. For example, while starting to respond to a question about early warning systems for earthquakes, Villaraigosa countered Allen’s opposition to more funding for early education programs. Calling it a “priority,” he described such spending as providing “a greater bang for the buck,” in starting learning at a young age.

Whether California should expand the number of charter schools was a prominent issue at the forum. Villaraigosa, whose campaign has received a boost with the millions in donations from pro-charter activists to independent expenditure committees working on his behalf, said he supports “public charters” as a way to “incubate best practices.” But he added that he also supported transparency at charters.

The California Teachers Association (CTA) also wants more accountability over what it alleges is potential financial fraud at some privately managed charters. School districts leaders are especially fearful that traditional public schools will be weakened if charter schools expand too much. (The CTA has endorsed Newsom.)

Allen harshly described the CTA as the main roadblock to reform while praising charter schools as “providing new models” of best practices that can be adopted by traditional public schools; he also several times said he wanted to support families that choose homeschooling, a topic none of the three Democrats even mentioned.

After the forum’s public portion, in response to questions from EdSource, Eastin said she wanted a moratorium on charter expansion until more oversight is placed on them, while Chiang said he was “open” on the issue of expansion but also wanted more accountability at charters.

The forum focused nearly entirely on K-12 issues. However Chiang brought in higher education by repeating his recent calls to reduce tuition by about 40 percent at University of California and the Cal State University systems by rolling back to 2008-2009 levels. Chiang also said he wanted those universities to put stronger limits on the numbers of students enrolled from other states and nations. “We ought to prioritize our California students first,” he said.

Under California’s unusual primary system, the two top vote-getters in the June 5 primary, regardless of party affiliation, will go on to face each other in the November general election. Early on, some observers assumed that would mean two Democrats, presumably Newsom and Villaraigosa. However, in recent polls, Newsom remains on top while Villaraigosa has slipped to third place behind Cox or fourth behind Cox and Allen.