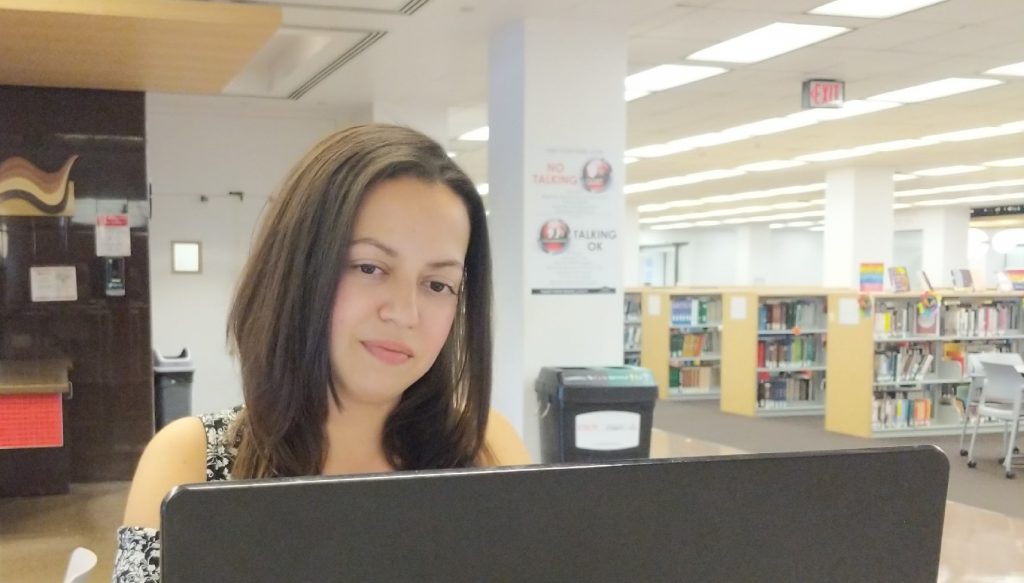 California has the most "Hispanic Serving" colleges in the nation. 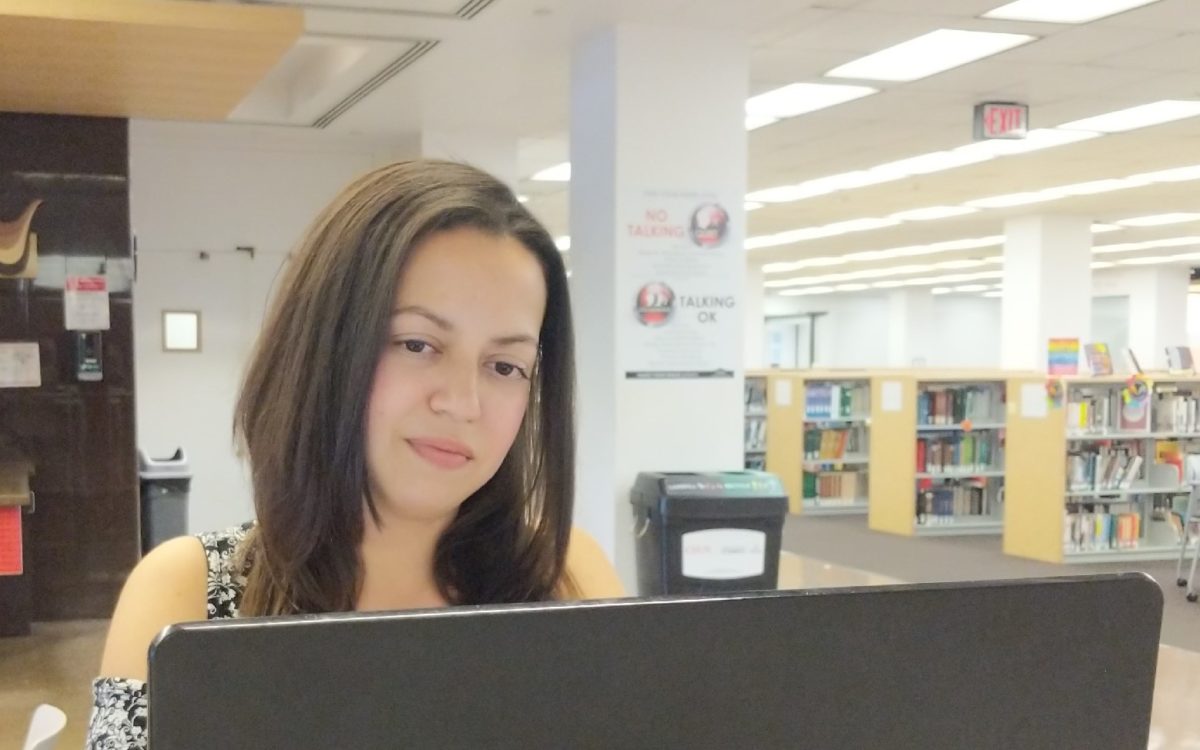 When Roxana Arguelles transferred last year from a local community college to Cal State Northridge, she did not know that she was benefitting from that university’s identification as an Hispanic Serving Institution. All she knew was that she had received special help in choosing courses for her accounting major, was mentored into a financial industry internship and borrowed some expensive textbooks for free from a special lending library.

Those benefits, she later learned, resulted from a $3 million U.S. Department of Education grant to a new program that seeks to bolster transfers of low-income and Latino students from two community colleges — Pierce College in Los Angeles and College of the Canyons in Santa Clarita — into Cal State Northridge. The effort focuses on getting those students into majors for which there are many unfilled job opportunities after graduation, including accounting, animation, nursing and manufacturing systems engineering.

“If it hadn’t been for the program, I wouldn’t have known what to do when I got to CSUN,” said Arguelles, a Pierce College graduate who is 28 and the daughter of Mexican immigrants. “Having that extra guidance gave me the extra edge and a boost in confidence.”

The schools Arguelles attended are among the rapidly rising numbers of colleges and universities in California and across the nation enrolling enough Latino students to be listed as Hispanic Serving Institutions by two major organizations representing Hispanics in higher education. In general, that means that at least 25 percent of the schools’ full-time undergraduates describe themselves as Hispanic, Latino or other related terms.

California has the most such schools by far of any state: 163 of California’s two- and four-year, public and private colleges and universities meet that guideline based on 2016-17 figures and are included in the list compiled by the Hispanic Association of Colleges and Universities and by Excelencia in Education. That list includes 21 of the 23 California State University campuses and five of the nine undergraduate University of California campuses. That is up from just 91 HSI schools in California in 2008. The state with the next highest number is Texas, with 90 of the 492 such schools nationwide, followed by New York’s 26.

UC Davis in May announced that it expects to be added to the list next spring and 57 more colleges in California are getting close, with at least 15 percent Hispanic enrollment, officials say.

That designation is an important qualification that allows colleges to compete for a variety of limited federal funds, such as the Title V money that is helping transfer students at Cal State Northridge and encouraging more Latinos and low-income students at Cal State Long Beach to enter teaching careers.

Just as important as funding, backers say, the Hispanic designation gives colleges a recruiting tool at a time when 51 percent of California high school graduates are Hispanic and their enrollments in higher education are increasing rapidly. Many Latino families have said that they feel more comfortable sending their children to schools with a substantial Latino population. And some colleges, facing an overall declining population pool, want to tap into the growing Latino market.

The U.S. Department of Education does not publish its own formal list of the schools. And while most colleges with large Hispanic populations are eligible for the extra federal funding, not all are since some grants additionally require that at least half of the overall student body is low-income enough to qualify for such aid as Pell Grants. (Usually that means a family income of less than $50,000 a year.) Similar programs exist for colleges with substantial enrollments of other minority groups, such as blacks, Native Americans and Asian Americans and Pacific Islanders, although the required enrollment levels and possible funding vary widely.

The Hispanic serving schools gained positive attention earlier this month from a new report by the American Council on Education, an organization that represents about 1,800 colleges and universities. It found that low-income students who enrolled in them and other minority-serving colleges moved further up into the middle class than other similar students elsewhere by age 30. The study tracked incomes but did not specify reasons for those gains, suggesting that further study was needed.

Other research, focused on only Texas, did not find such dramatic gains but also challenged any assumptions that students might be handicapped by attending an Hispanic serving school. That Texas-focused study led by Florida State University researchers found no difference in earnings into their late 20s between Latinos who graduated from a college with the Hispanic-serving designation and those who graduated from a similarly selective college without it.

UC Davis last month announced that it had reached the enrollment threshold to be eligible for the HSI designation, making it likely to be the sixth UC campus to make the list. Officials there said they worked toward that goal by, among other things, recruiting at high schools and community colleges with substantial Latino numbers; colleges insist that urging those students to apply does not violate the state’s ban on racial affirmative action or quotas in admissions decisions.

“Our mission as both a public institution of higher learning and a research institution is to create access for as many students as possible,” said Raquel Aldana, UC Davis’ associate vice chancellor for academic diversity. “Being an HSI helps us signal that we are an inclusive institution that is also excellent.”

The rising number of HSI colleges reflects population and education trends. According to federal figures, 71 percent of Latinos nationwide who graduated high school in 2016 enrolled by the fall in college compared to just 49 percent in 2000; that 71 percent now matches that of whites. The Latino share of undergraduates in the Cal State system rose from 24 percent to 40 percent in the decade ending in 2016.

Luis Maldonado, the chief advocacy officer for the Hispanic Association of Colleges and Universities, an organization that represents Hispanic serving campuses, said more colleges are embracing that status as a marketing brand to attract, retain and graduate more Latino and low-income students as well as those of various ethnicities who are first in their families in higher education. Beyond a sense that the students would feel welcome there, the emphasis is increasingly on “serving” students, with extra counseling, faculty training, curriculum reform and other efforts.

“It signifies a shift not only with their enrollment but also with the culture of the campuses,” Maldonado said.

Federal funding targeted at Hispanic serving campuses totals about $272 million nationwide a year from various sources, such as the U.S. Departments of Education and Agriculture and the National Science Foundation.

That funding has not kept up with the increase in the number of HSI schools. “There’s not enough money in that pot,” Maldonado said.

At Cal State Northridge, which is located 25 miles northwest of downtown Los Angeles, the $3 million federal grant to enhance transfers began in fall 2016 and will be spent over five years, expecting to help a total of about 300 students. Beyond the tutoring and mentoring, the lending library for some textbooks helps students financially without violating rules barring direct grants to them.

Juana Mora, the Cal State Northridge professor who is the project’s director, said it is too soon to tout solid statistics but that transfer, retention and graduation rates appear to be improving among participants. “I think it’s paying off,” said Mora, who is also a professor of Chicana/o Studies. (About 48 percent of CSU Northridge undergraduates are Hispanic).

Cal State Long Beach, where 41 percent of students are Hispanic, received a five-year $2.7 million grant from the U.S. Department of Education last year to enroll more Latino and low-income students in majors and programs leading to teaching careers. It includes outreach to high school students as well as counseling and recruiting for about 100 university students in the fall.

The federal grants typically fund pilot programs and innovations that can be shared around campus and with other schools, according to Deborah Santiago, chief operating officer and vice president for policy at Excelencia in Education, an organization that researches and promotes Latino achievement in higher education.

Santiago noted that emphasis is increasingly on retention and graduation rates, efforts that dovetail with reforms at California’s community colleges and the Cal State system’s program to dramatically raise graduation rates. “In many ways, I see California leading the way,” she said.

At Cal State Northridge, Alondra Chavarria is studying marketing and management with the help of a peer mentor, early registration and the lending library offered by the HSI-related transfer program. Chavarria, who is 25, took six years to earn an associate’s degree at Pierce College because she was working full-time and is the mother of an 8-year-old son. She was the first in her Mexican immigrant family to graduate from high school and now expects to be the first to earn a bachelor’s degree next spring.

She said she particularly appreciated the advice about which classes to take so she graduates quickly. “I’m a first generation student. So it was great to have someone with experience at CSUN to help me avoid mistakes you can make when you don’t know any better,” she said. “I couldn’t be thankful enough.”