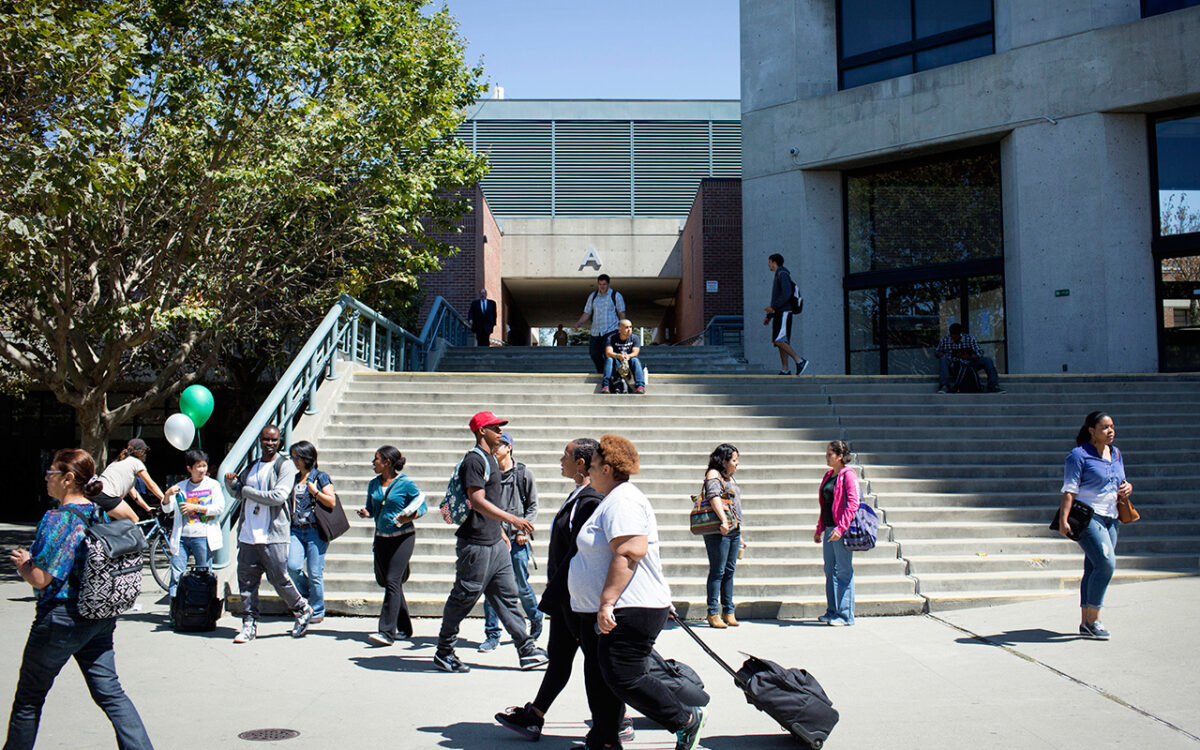 Most Californians say following through on a campaign promise to make community college tuition-free should be a high priority for Governor-elect Gavin Newsom, a new poll found.

Slightly fewer felt the same way about universal preschool, another key piece of Newsom’s education platform, according to the poll released Wednesday by the Public Policy Institute of California, a nonpartisan statewide research and policy organization.

As Newsom prepares to take office early next year, the poll — which covered a wide range of topics — found voters want California’s education system to be one of the chief beneficiaries of a surging economy that is expected to pump billions of dollars into the state budget.

Asked what California should do with a revenue surplus in the coming budget recently estimated at $14.8 billion, 57 percent of respondents said that money should go toward “education, health and human services.” The poll did not further break down that category into specific segments or programs. Just 21 percent wanted it to go toward the state’s reserves and 16 percent chose transportation or other infrastructure projects.

The poll asked Californians about three Newsom campaign promises — universal health care, universal preschool and free community college — as well as the state’s high-speed rail project. Each of those initiatives would require significant amounts of new state spending to become reality, and respondents were asked how high a priority each item should be for Newsom and the Legislature.

Universal health care had the most support, with 60 percent of respondents saying it should be a “high” or “very high” priority.

Free community college had the next-highest support, with 53 percent rating it a high or very high priority. That share was 48 percent for universal preschool.

The poll did not define for respondents what a universal preschool system would entail, but it generally is understood to mean ensuring access to high quality preschool for all 4-year-olds, with the state subsidizing the costs for low-income children. Newsom pledged to implement universal preschool as a candidate, but did not specify how it would work or how quickly he would move to make it a reality.

High-speed rail had the least enthusiastic support, with just 25 percent rating it a high or very high priority.

Nearly half of the 2.1 million students in the California Community College System already receive free tuition under the system’s College Promise Grant, which waives enrollment fees for low-income students. Tuition without financial aid runs $1,104 per year for full-time students.

But “guaranteeing two years of free community college tuition,” as Newsom wrote in response to questions from EdSource earlier this year, was a piece of his significant — and expensive — education platform.

How much it would cost to provide free community college tuition depends on how Newsom seeks to fulfill that promise.

Community colleges this year received funding they could use to provide one year of free tuition to all full-time students who are attending college for the first time and aren’t already covered by the promise grant, under a law Gov. Jerry Brown signed in 2017. That law, AB 19, cost $46 million in the current budget year. Legislators introduced a bill earlier this month that would expand the law to cover a second year of tuition.

But AB 19 applies only to a limited group of community college students. And colleges aren’t required to use the money they receive under the law to cover tuition for every student; it requires only that the colleges put the money toward several goals spelled out in the law, such as closing achievement gaps.