California needs system to track students as they move from school to the workforce, report says 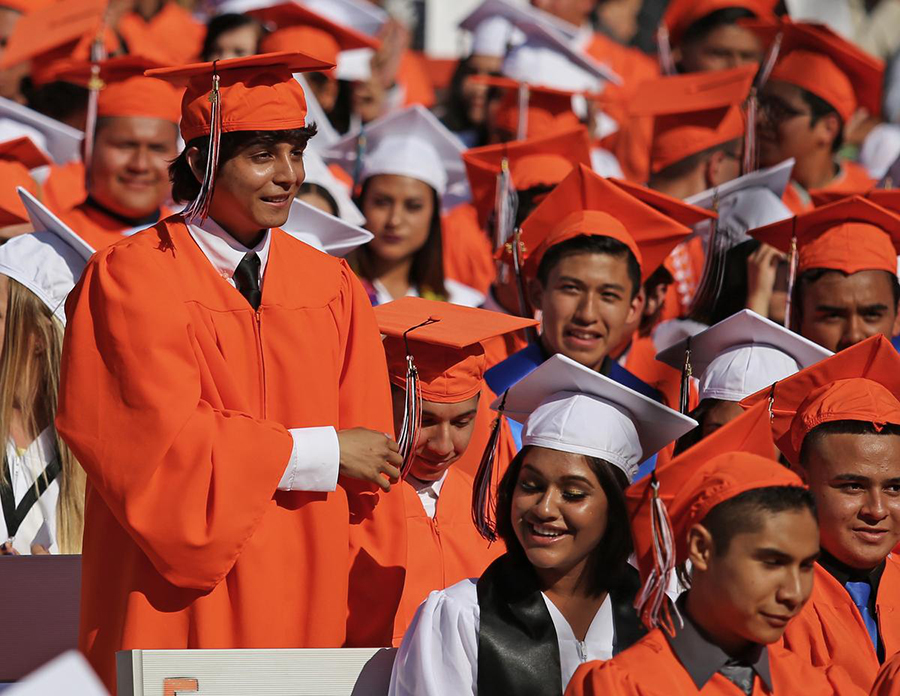 Despite commanding roughly 40 percent of state spending, California’s system of public education, from kindergarten to college, cannot answer whether students are successfully moving from school to the workforce.

A report released Monday by Education Insights Center, a research group at CSU Sacramento, says that California should be able to answer the following questions about its students:

What’s missing, according to the new report, is a data system in California connecting information about students as they move through K-12 and college into the workforce.

And as the state Legislature and the governor allocate more spending on programs designed to improve student outcomes, having good data is essential to monitoring the progress of those programs, the report said. The authors of the report wrote, “It is imperative for the state to be able to understand the success of its various reforms and initiatives.”

They added that it’s “equally important that school districts, community colleges and universities are able to assess and improve their programs, which requires access to information about their students’ prior educational experiences and their students’ success in further education and the workforce.”

According to the Data Quality Campaign, which advocates for better state data, 45 states have a data system that links K-12 and higher-ed data. Some advocates would like to see a system that connects students in pre-school through the workforce. The Education Commission of the States reported in 2016 that 16 states had data systems connecting their early education programs through the workforce.

The barrier isn’t a technical one, the Education Insights report said. Rather, it’s about political will. “It’s the political, relational trust that are the issues, that present the biggest challenge,” said Colleen Moore, a co-author of the report with Kathy Reeves Bracco. This report is the fourth in a series exploring the state’s lack of such a system and included conversations with roughly 70 state and national policy experts and officials.

The political headwinds come from several sources, including uncertainty among the education agencies over who will control the data and whether it’ll be used to criticize or even penalize the systems for their performance.

Meanwhile, the Legislature has considered several bills in the past few years to create such a data-linking system, but none has prevailed, in part because Gov. Jerry Brown expressed skepticism that such a system is needed. But with just months remaining in Brown’s final term in office, a new governor may prove to be more favorable to the Legislature’s efforts. Democratic candidate for governor Gavin Newsom, who is considered Brown’s likely successor, has expressed strong support for such a data system.

“This is profoundly important, and it gets lost because you don’t usually get celebrated for your IT upgrades,” Newsom said in March.

The state does have some data linking different education agencies. The UC and CSU systems provide the public with information on the number of students who enroll and graduate from individual high schools. A UC website shows earnings by popular majors. The community colleges offer something similar through Salary Surfer. Still, gaps remain.

A 2017 Education Insights report stated that the true college-completion rate of students from a particular high school is unclear because students may attend more than one college or transfer between systems. It “is impossible for high schools to learn, from data they provide to the state, about the overall success rates of their students.”

As EdSource has previously reported, the lack of a statewide data system linking student records as they move from kindergarten through college and the labor market forces parents and educators to make decisions without the best information. Parents looking to pick a high school for their child can’t find a complete picture of how many students advanced to college and graduated with a bachelor’s degree. Having a data system could also allow superintendents to see how many of their advanced English high school students earned low grades in their college English class as a way to improve the quality of their high school courses.

One of the more contentious issues is who will control the data system, the authors said. They recommend a state agency with the sole task of managing the data.

Moore and Bracco wrote that maintaining a statewide data system would require about $2 million annually, citing conversations with experts and researchers. Start-up costs would be reasonable, too, because California’s education agencies each have strong individual data systems already, the report argued. Some initial costs include additional computing, staff time and data security. Other states have managed to link student records across their education agencies even though they use different approaches to identifying students, the report notes.

The report said that some education analysts and supporters of a data system advocate for one that reports data in real time. That would require a system of instant updates, which would be more costly than a system that is updated a few times a year.

Leave a Reply to Luis