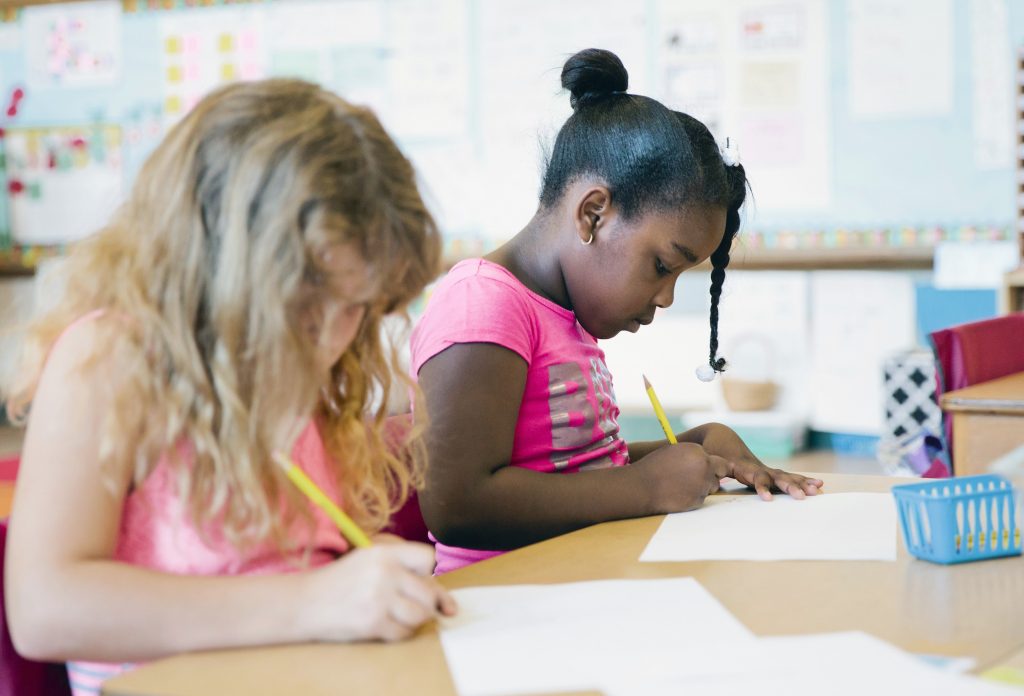 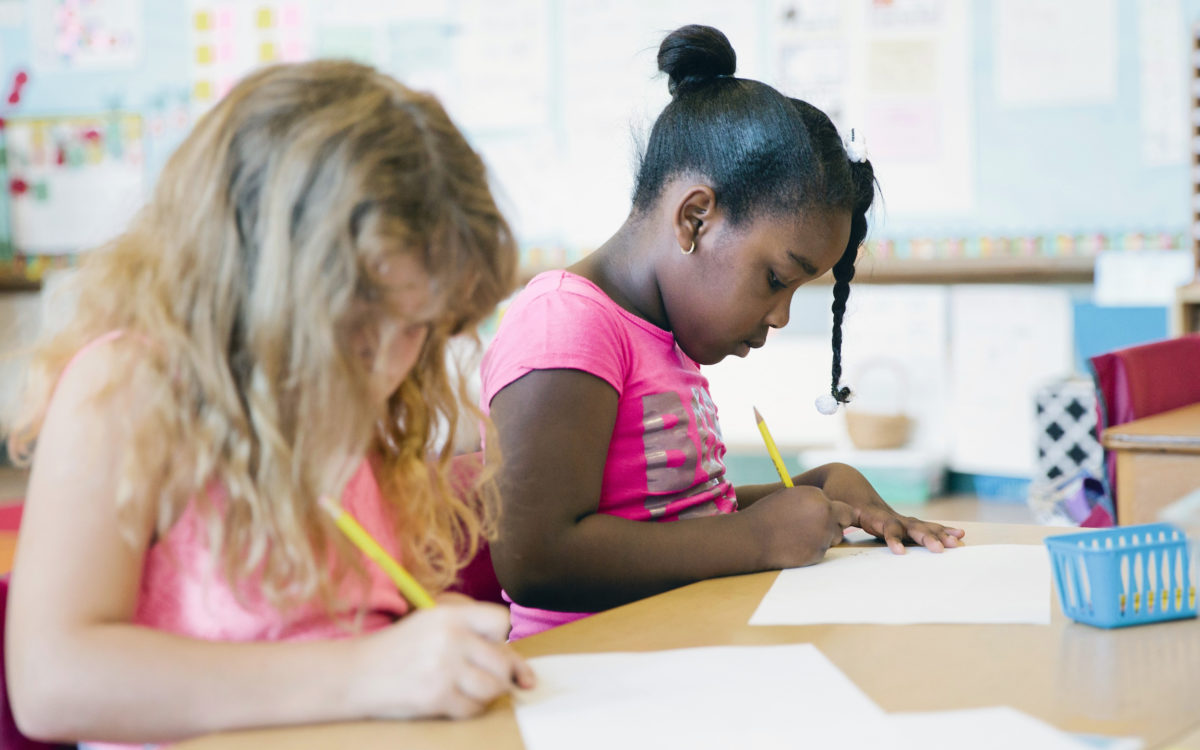 California Supreme Justice Goodwin Liu raised court-watchers’ eyebrows two years ago when the court declined to consider a much-watched lawsuit over the adequacy of state education funding, but Liu hinted he’d welcome another case to define children’s right to a meaningful education under the California Constitution.

“The schoolchildren of California deserve to know whether their fundamental right to education is a paper promise or a real guarantee,” Liu wrote in a strong dissent in the case Campaign for Quality Education/Robles-Wong v. State of California. That lawsuit, brought by a coalition of education and student advocacy groups, claimed that the state’s insufficient funding of public schools violated students’ constitutional right to a quality education.

Liu may partly get his wish as a result of a lower court ruling this week allowing a new lawsuit to move forward to trial, though it may take years before the case gets to the Supreme Court.

The lawsuit charges the state with denying hundreds of thousands of children an equal educational opportunity because they attended schools that failed to effectively teach them how to read and write. While primarily an equal treatment lawsuit, it would establish attainment of literacy — the ability to read, write, understand and communicate language — as indispensable to the fundamental right to an education.

“Literacy is an essential building block for all education,” reads the 58-page complaint, Ella T. v State of California. “An education that does not provide access to literacy cannot be called an education at all.”

The public interest law firm Public Counsel and the firm of Morrison & Foerster brought the lawsuit on behalf of 10 students from three elementary schools — Promise Preparatory Academy, a charter school in Inglewood Unified, La Salle Avenue Elementary in Los Angeles Unified and Van Buren Elementary School in Stockton Unified — all serving primarily low-income Hispanic and African-American children. Defendants named in the lawsuit are Superintendent of Public Instruction Tom Torlakson, the State Board of Education and the California Department of Education.

Ella T. is a 2nd-grader who attends La Salle Elementary, where the proficiency rate on the state’s standardized reading test, Smarter Balanced’s English language arts assessment, was 4 percent in 2016-17, about 1 child per class. The rates were 11 percent at Promise Preparatory Academy and 6 percent at Van Buren Elementary. Plaintiffs also performed far behind their peers on other reading measures, such as the Dynamic Indicators of Basic Early Literacy Skills, or DIBELS assessment and the Measures for Academic Progress (MAP) assessment.

The state has long identified the persistently poor literacy skills of African-American, Hispanic and low-income students, along with English learners and students with disabilities. In 2012, the lawsuit noted, Torlakson convened a task force that wrote a Striving Readers Comprehensive Literacy Plan, which concluded “many students will be at academic risk if improved approaches to literacy instruction are not an immediate and central focus of California’s educational system.” It called for “a comprehensive, system-wide, sustained approach to intense reading instruction” and interventions.

The report was written as part of the state’s application for a multi-million-dollar federal grant. When the state didn’t get the money, it shelved the plan designed to address what experts had characterized as a crisis, the complaint said.

That inaction has had consequences for students like Ella T., who was reading at below-kindergarten level at the end of 1st grade and in need of “intensive support” she never got, the complaint said. Teachers in the plaintiffs’ schools didn’t receive the literacy training they needed and students in one kindergarten class at Van Buren Elementary, with substitute teachers all year long, had no literacy instruction at all, the lawsuit said.

Over time, students fell further behind in reading comprehension. As a 5th-grader at La Salle, Richard W. did a book report on “The Cat in the Hat,” a kindergarten-level book, the complaint noted.

For remedies, the plaintiffs are demanding much of what the 2012 literacy plan committed the state to do: train teachers in a research-based reading curriculum and individual instruction; give teachers classroom resources and provide parents tools they need to help their children. Plaintiffs also call for building social-emotional learning into the curriculum and providing access to mental health support, recognizing that many children in low-income neighborhoods are exposed to violence and trauma.

Bill Ainsworth, director of communications for the Department of Education, declined to comment on the order to go trial, other than to say it was “disappointing,” and the department and other defendants will explore legal options. Based on the state’s defense in the Campaign for Quality Education case, state attorneys will likely argue that since 2012, the state has implemented a funding formula that provides extra money for low-income students, many of whom are Hispanic and African-American students, the underperforming student groups named in the lawsuit. Districts are required to identify areas of low performance, including low scores on the English language arts assessment, and commit to improvements in their annual accountability document, the Local Control and Accountability Plan. The state’s new accountability system for tracking those improvements, which goes into effect this fall, should be given time to work, the state may contend.

But Mark Rosenbaum, lead attorney for Public Counsel in the case, said that the funding formula and the new California School Dashboard, the website that rates performance on English language arts and other achievement indicators, are not literacy plans at the school level. There is no state mandate that children will receive effective literacy instruction in every grade. Districts are not required to use research-based strategies; “nothing is guaranteed,” he said.

And, he said, it will take years of denying children basic literacy skills before the state can intervene — and only then in districts, not schools, he said.

Rosenbaum said he hopes state leaders again acknowledge the literacy crisis and settle the lawsuit, avoiding “the ugliest education trial in the country if it goes to court.” Although he said the lawsuit was in the works for years, he acknowledged being “heartened” by Justice Liu’s dissent inviting further litigation to spell out what a fundamental right to education means under the California Constitution. “This is a case he was talking about. If a fundamental right means anything, it is the capacity to deliver literacy,” Rosenbaum said.

Michael Rebell, who litigated a New York State school financing lawsuit,  said that Public Counsel and Morrison & Foerster’s adopted a “savvy” strategy. In the Campaign for Quality Education case, the majority of the Supreme Court agreed with a court of appeal’s ruling that the Legislature, not courts, should define a quality education and determine how much money is adequate. The latest case, which is narrower and clearer, could ease judges’ worries over becoming enmeshed with lawmakers over spending levels, he said. “Justices could agree, ‘We don’t know if local control will solve the problem but do proclaim the right to literacy,’” Rebell, a lecturer in law at Columbia Law School and a professor of practice in law and educational policy at Teachers College at Columbia University, said.

Three of seven justices – Liu, Mariano-Florentino Cuéllar and Ming Chin – dissented in the decision not to take up the school funding case. By the time Ella T. comes their way, they will have a chance to rustle up a fourth vote. The retirement of Justice  Kathryn Werdegar has created a vacancy that Gov. Jerry Brown will fill before he leaves office.