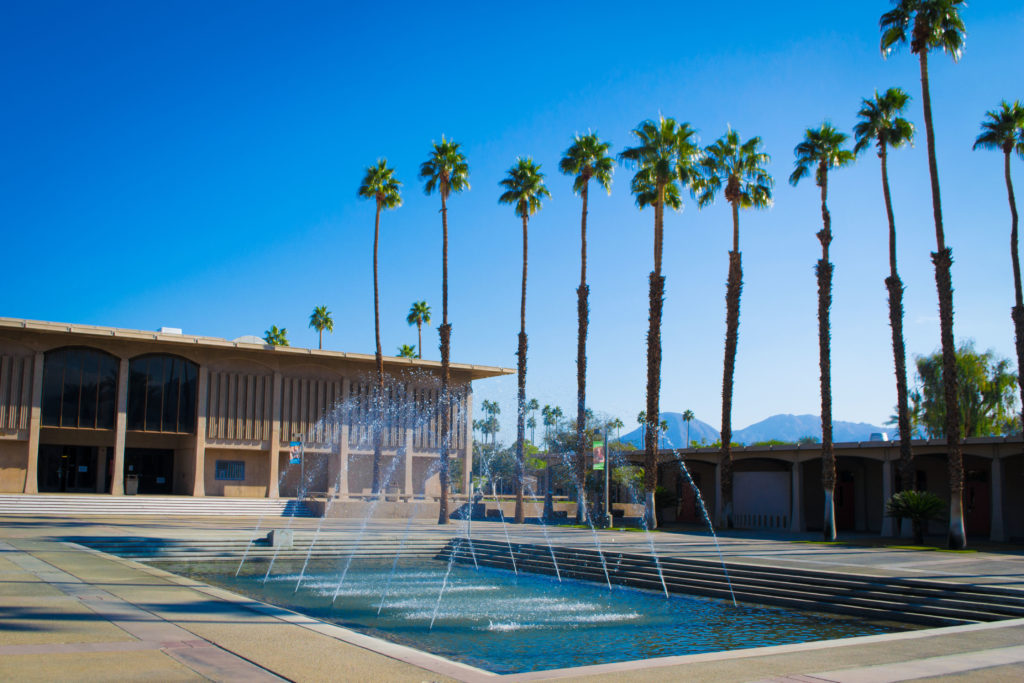 Colleges fear students will take out loans they can’t manage 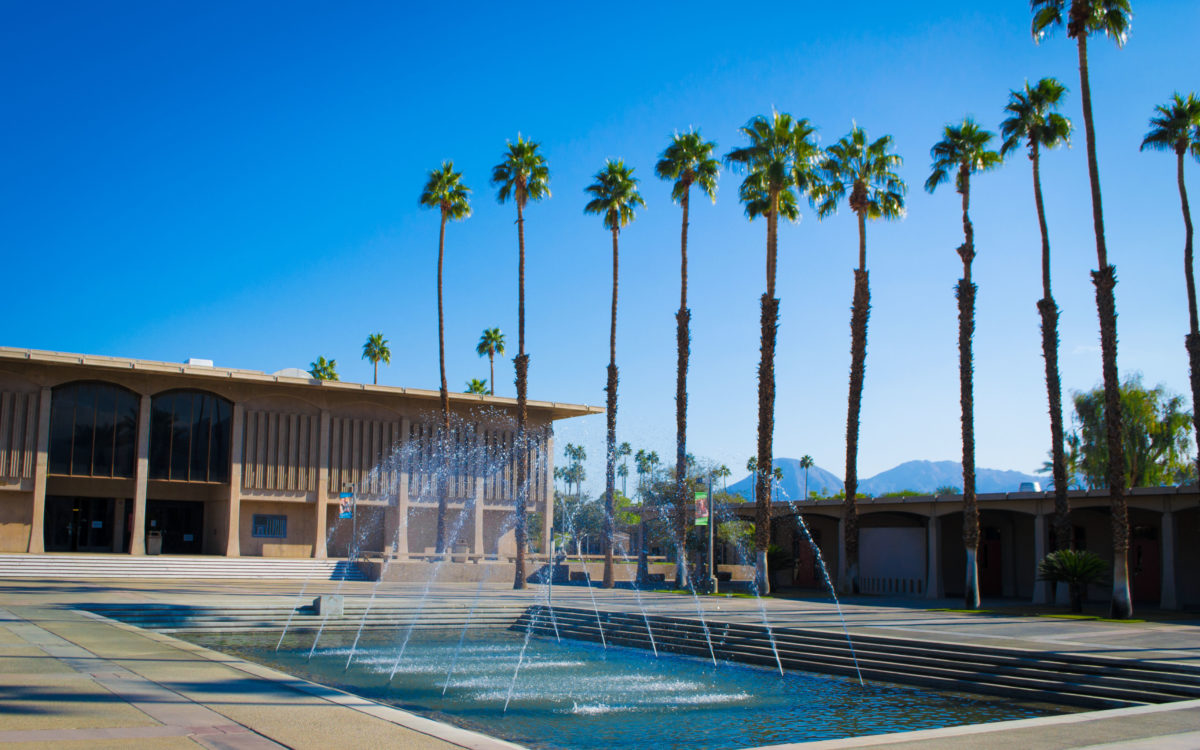 Source: Wikimedia/Visitor7
The "International Fountain of Knowledge" on the campus of College of the Desert

Source: Wikimedia/Visitor7
The "International Fountain of Knowledge" on the campus of College of the Desert

For years 22 California community colleges did not participate in the federal student loan program, blocking students from taking out federal loans to cover their educational expenses.

A few never allowed their students to take out federal loans. Many stopped participating because they feared too many of their students would default on federal loans, which could lead to federal sanctions against the colleges and denial of access to federal aid programs like the Pell Grant. Others were philosophically opposed to letting their students accumulate debt, while some cited the administrative burden of processing the loans.

Now, 13 of those colleges will participate in the loan program next year in response to the so-called “free-college” state law approved in 2017 that awards colleges money in exchange for key reforms, including allowing their students to take out federal loans to cover some of their college expenses such as tuition, supplies, housing, food and transit.

The law, Assembly Bill 19, attracted national media attention because it lets community colleges offer one year of free tuition to certain full-time students no matter their income. It also gave colleges the option to use the money to help students in other ways, such as giving grants for expenses like textbooks and transportation.

The recently approved 2018-19 state budget gave the community college system $46 million to distribute to colleges that complied with the law’s rules.

But nine colleges, mainly in Riverside and San Bernardino counties, rejected their share of that money, totaling roughly $1.2 million. Interviews with senior officials and spokespersons from eight of the nine colleges reveal an unwillingness to expose students to debt amid worries that many students were at risk of defaulting on their loans. (Taft College declined to comment for this story.)

“Our whole point is to provide free tuition and fees and scaled-up services so students can graduate and go to work, not to borrow money,” said Bruce R. Baron, chancellor of the San Bernardino Community College District. “Taking out loans is too tempting for students,” Baron added.

The nearly $400,000 that the district’s two colleges would have received through the free tuition program didn’t justify the risk to students who may take out federal loans, he said.

Nearly a decade ago the district stopped participating in the federal student loan program. Baron called the experience a “nightmare” for the colleges. “There was a very high default rate and because of that it puts your federal funding sources in jeopardy.”

Federal law allows the U.S. Department of Education to punish colleges with high percentages of students defaulting on federal loans by removing their ability to offer other types of federal aid to their students, such as the Pell grant. Eligible students can receive more than $6,000 each through the Pell grant each year, for up to six years.

Tuition at California’s community colleges for state residents is set at $46 a unit. A typical associate degree that requires 60 units would cost $2,760, excluding other expenses like books, supplies and living costs.

Defenders of the law say restricting students from accessing federal loans doesn’t protect them from accumulating other kinds of debt.

“Instead, students have to use private loans, credit cards, work more hours, cut back course loads, or not attend at all,” said Laura Metune, vice chancellor of external relations for the California Community Colleges.

Colleges with student default rates of 30 percent or more for three years or 40 percent for one year risk sanctions.

To ease the impact of attending college for students, Baron’s district recently secured $10 million to launch its own grant program, which would cover tuition and some expenses for 1,000 full-time students for two years. The district hopes to turn that initial money into a $100 million endowment by attracting contributions from donors and foundations.

“So if they promise to go to school and stay on track for two years, we promise that their education is going to be free,” Baron said.

Some of the nine colleges that have opted out of the new aid program have similar local promise programs.

For some of those colleges, another issue was the administrative burden of handling loans for students. At Imperial Valley College, about $150,000 of the roughly $230,000 the college would have gotten from Assembly Bill 19 this year would have had to be spent on hiring staff to administer the student loan program.

College Superintendent/President Martha Garcia said the costs of the program and the risk of losing access to other federal programs like the Pell Grant made it not worth giving students access to federal loans, especially since it would help only 130 students who are eligible for funds under the new law.

But the bill, which the state Legislature passed last year with much fanfare and bipartisan support, is viewed as an important pillar in California’s efforts to have more students complete college affordably and on time. It’s meant to reinforce the state’s longstanding main source of free tuition for community colleges, the California College Promise Grant, which awarded $780 million in tuition waivers to low-income community college students in 2017-18. The grant covers the tuition for nearly half of the system’s more than 2 million students.

Four lawmakers introduced a bill on Dec. 3 to expand Assembly Bill 19 from one year to two years, giving more students the opportunity to earn an associate degree without paying tuition.

At least one study points to the benefits of allowing community college students to take out federal loans to cover some of their college expenses. A 2016 paper by Mark Wiederspan, while he was an assistant professor at Arizona State University, found students who borrow at community colleges took more classes and were more likely to complete math and science courses than students who didn’t borrow.

It’s about helping “students understand the gravity of that type of an anchor around their neck in a very early stage,” Colson said.

The Institute for College Access and Success estimates that nearly 1 million college students nationwide don’t have access to federal student loans, including about 260,000 in California, because their colleges did not participate in the program, according to 2016 data, the latest available from the institute. Officials at California Community Colleges said many of their schools that opted out of the loan program did so around 2010 in response to Obama administration rule changes that required colleges to give students access to federal loans.

One of the authors of Assembly Bill 19, Miguel Santiago (D-Los Angeles) told EdSource that he’s open to revising the bill’s rules so that colleges can receive the money without having to allow their students to borrow federal loans, “but I think the state’s chancellor’s office (of the community college system) has got to be involved in that conversation.”

But while most California community college students can borrow federal loans, a small percentage of the system’s more than 2 million students actually take them out. Just over 31,000 students in 2017-18 had $180 million in loans, virtually all of that federal, according to California Community Colleges data. That’s an average of just under $6,000 per student.

Even fewer students are known to have private loans. Community college data show 406 students across the entire system borrowed $3.5 million in private loans in 2017-18, an average of around $8,700 per student.

Though they come with some risks, federal student loans also give borrowers key protections that private lenders often don’t, such as permitting lower payments if their incomes are below federal guidelines.

At Modesto Junior College, one of the 13 schools re-entering the student loan program, James Todd, vice president of student services, said students needed another financial aid tool to keep up with the costs of college. “The answer for addressing the wide range of student needs cannot be reduced to an either-or question of offering loans,” he said.

Other colleges got back into the loan program grudgingly.

“We were willing to take the risk to re-enter the loan program,” said Douglas Houston, chancellor of Yuba Community College District, north of Sacramento and home to two colleges. Rejoining meant a combined $208,000 for the two colleges for the current school year. “Our concerns about those risks have not been alleviated to any degree.”