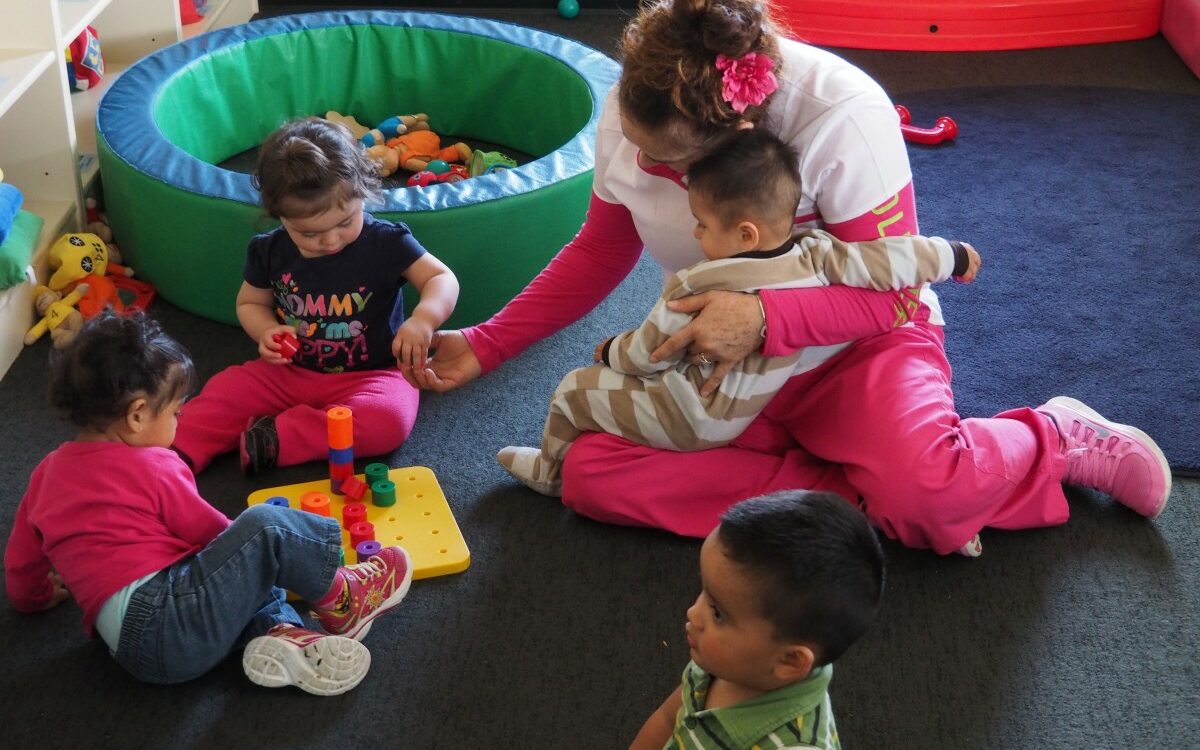 Despite pressure from early childhood advocates to invest close to a billion dollars in infant and toddler care in next year’s budget, the agreement lawmakers approved Thursday reflects a compromise, with significant increases in child care slots for low-income families but no new funding for preschool.

Gov. Jerry Brown and legislative leaders in the California Assembly and Senate agreed to create 13,407 new child care slots for low-income families who pay for child care with subsidies, through the state’s Alternative Payment Program. Most of the funding for the slots comes from $409.2 million approved earlier this year by Congress.

The state’s total cost for the slots is $19 million a year. But since the slots won’t be available until Sept. 1, the funding for the partial year is $15.8 million. In 2019-20 the slots will be available for the full year starting July 1.

Families in California qualify for subsidized child care programs based on income and can access child care through providers who contract with the California Department of Education, the state’s welfare program CalWORKS, or other programs such as the Alternative Payment Program, which provides families with vouchers to pay for child care. Low-income families who qualify can use the vouchers at child care centers and family child care homes, which typically offer parents the most flexibility for weekend and night-time care.

Early childhood advocates say California has not invested enough to provide affordable child care for families who need it the most. Currently there are 29,804 subsidized child care slots available statewide through the Alternative Payment Program, according to the Legislative Analyst’s Office.

Statewide, less than 14 percent of infants and toddlers who qualify for subsidized child care actually receive it. The shortage of child care for infants and toddlers is creating a crisis for working families, especially low-income families, advocates say. Despite economic gains in recent years, California has the highest number of children living in poverty among all states.

In light of California’s $6 billion surplus in next year’s budget, many child care advocates had hoped Brown would invest considerably more in the state’s youngest children, said Julia Frudden, director of community advocacy for the Child Care Law Center.

“Gov. Brown has worried about spending too much of the budget surplus, saying that more money needs to be saved for a rainy day, but for many babies and toddlers, that rainy day is already here,” Frudden said. “Right now, tens of thousands of California babies and toddlers are missing out on opportunities that they’ll never be able to get back.”

Advocates said during the recession child care took one of the hardest hits in the state budget and funding was never restored to pre-recession levels, making it difficult for child care facilities to stay open and families to access care. “After adjusting for inflation, far fewer children receive subsidized child care today than before the recession began in 2007,” according to a policy brief by the California Budget and Policy Center.

Dawn Kurtz, chief programs officer for Child 360, a child advocacy organization that is part of the coalition, said her group joined the effort because the lack of child care is also a workforce issue. “It’s hard for parents when they don’t have the subsidies to pay for child care while they are working. This is a key component of the puzzle,” Kurtz said.

A recent policy brief by Advancement Project, a Los Angeles-based civil rights and advocacy organization, states that only 6 percent of income-eligible infants and toddlers are served by state-subsidized child care programs in Los Angeles County. In that report, advocates said that low number is the result of a high demand for child care, a lack of child care spaces and a low level of state funding.

Kristin Schumacher, policy analyst for the California Budget and Policy Center, said in a policy brief this month that local funding could help address the lack of state investment for low-income families. Schumacher suggested counties follow the lead of Alameda and San Francisco. Both counties initiated ballot measures, which were put to voters this month, to fund subsidized child care and early education slots to address the shortages in their areas.

In Alameda County, Measure A, a proposed 1.5 percent sales tax increase, would have generated up to $140 million a year for child care and preschool programs. The measure just narrowly missed the two-thirds majority vote needed, 66.67 percent, to secure a win. The final ballot count indicates 66.2 percent of voters were in favor of the measure. In San Francisco, Measure C, a tax on commercial property, would fund child care and early education, which can include preschool programs in the city. The ballot measure needs a majority vote to pass. Ballots are still being counted for Measure C, with 50.78 percent of voters in favor as of Thursday, according to the registrar’s office.

It is disappointing that more affordable child care slots are not in the budget, said Erin Gabel, deputy director of external and governmental affairs for First 5 California. However, the investment is still significant for low-income families and will be a “tremendous benefit,” she said. “It’s an incredible game changer for those families who are going to benefit over the four years but it is not the same as a state commitment for ongoing funding,” she said.

Gabel considers the funding significant because the child care slots are available through CalWORKS, which also provides a voluntary home visiting program to help first-time parents. “It shows we were thinking comprehensively and that’s incredibly exciting.” The budget deal maintains the $27 million promised in the January budget for the home visiting pilot program through the Department of Social Services.

The budget deal also includes $40.2 million to increase the reimbursement rate for child care facilities that care for infants and toddlers and children with developmental disabilities. Gabel said the reimbursement rate increase is an “enormous victory” that sets a good foundation for the future. “This adjustment means that when we do have more slots we will be able to more easily find providers willing to open their doors for infants and toddlers.”

The budget deal maintains $108 million promised in the May Revision for early childhood education. It includes $104 million to help low-income families through the state’s welfare program and $4 million to provide cost-of-living raises for child care and preschool workers. It also allocates $100 million in one-time funding for full-day kindergarten facilities. In addition, the governor also agreed to provide $5 million in one-time funding for child care teacher training. Preschools did not receive facility funding.

The deal does not include more money for slots in the California State Preschool Program, the largest state-funded preschool program for 3- and 4-year-olds from low-income families. But it does uphold earlier budget agreements made in 2016 to add 2,959 full-day preschool slots by April 1, 2019. The original budget plan outlined in 2016-17 proposed adding 2,959 slots every year for three years as part of a multi-year agreement, totaling 8,877 slots.

Looking forward, advocates said they are optimistic the state will invest in the critical needs of children and are depending on a new governor to prioritize the state’s youngest residents. Patricia Lozano, executive director of Early Edge, one of the leading early childhood advocacy organizations in the state, said she is motivated by how the conversation about the importance of children’s earliest years is in the spotlight.

“This is not perfect, it’s far from perfect,” Lozano said about the budget agreement. “But we just have to keep fighting and keep working. We were hoping for more, but we can build on this collaboration and have a stronger voice for infants and toddlers.”

Karla Pleitez Howell, director of educational equity for Advancement Project, said “babies and toddlers do not get a second chance” and that the budget agreement leaves them behind. “This November voters will elect a leader that commits to prioritizing early care and education in future California budgets,” she said.