Why aren't we protecting our young? 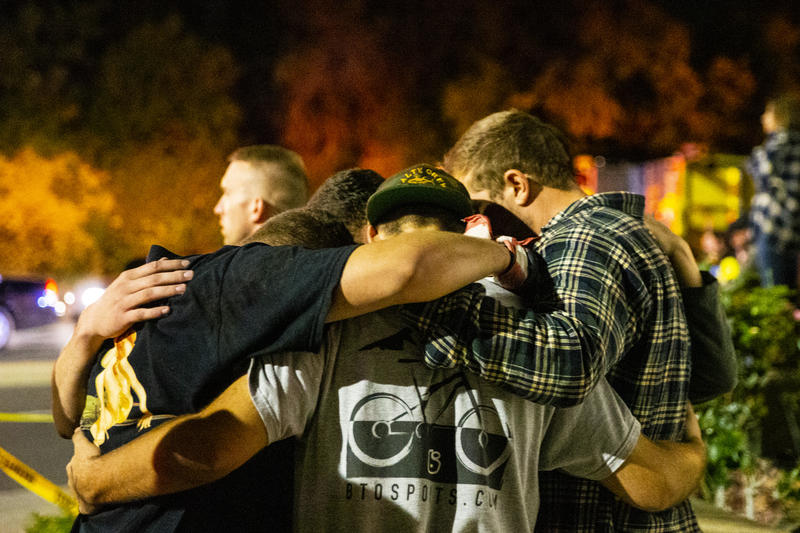 The latest gun violence travesty, this time in California, is once again focusing our attention on just how much — or little — our nation’s leaders care about our young.

Earlier this year, students at a high school in Parkland, Florida, were massacred by a disturbed former student wielding a semi-automatic rifle.

Just this week, David Hogg and Emma Gonzalez, two prominent youthful voices to have emerged from that disaster, spoke at a “Vote for Our Lives” rally on the UC Irvine campus, a two-hour drive south of the Borderline Bar and Grill in Thousand Oaks, where 12 people were fatally gunned down Wednesday night.

Irvine has been called the safest city in the United States. But the Borderline massacre indicates that no one is safe when lethal weapons are too easily accessible to people whose only intent is to use them to slaughter others.

The gunman reportedly used a  Glock 21 .45-caliber handgun with an extended magazine to cause the mayhem at this Southern California gathering spot for Country Western dancing.

And what is an “extended magazine”? One website ad extolled them as the “ultimate in high capacity.” The magazines “will more than double the standard capacity of your standard Glock .45 Automatic Colt Pistol magazine,” the ad explained. You can buy them for $16.99.

Donald Trump came to office promising to make America “safe.” “As your president I have no higher duty than to protect the lives of the American people first,” he declared in a speech last year — a speech focused on the threats of unauthorized immigrants, including those who committed murders.

But he has done nothing to make young people, or people of any age, safer from gun violence. Instead, he has portrayed undocumented immigrants as the greatest danger we face as a nation.

While Trump obsesses on the threats immigrants pose, nearly 1,600 children and teens will die as a result of gun violence this year — far more than the tiny number of deaths committed by unauthorized immigrants that Trump repeatedly cites, which he made a centerpiece of his fall campaign strategy on behalf of GOP candidates.

Predictably, Trump issued a tweet this week in response to the Borderline shooting that was notable for its restrained, emotion-free tone. It contained none of the vitriol or venom that seems to be directed mostly at his political opponents or enemies in the media.

Trump simply said he had been “fully briefed” on the shooting, without any other comment about out-of-control gun violence in the nation — or what he might do about it.

After the Parkland killings, he taunted fellow lawmakers who were too afraid to take on the National Rifle Association, suggesting he would.   He them that the NRA has “great power over you people, they have less power over me.” He expressed support for backing some gun regulation anathema to the NRA, like the modest proposal to make it illegal to own an assault-style weapon before the age of 21.

But then he met with NRA representatives and his promises instantly evaporated.

Young people were not the only victims this week at the Borderline bar. But they were overrepresented among those who showed up for the club’s weekly Wednesday College Country Night, aimed at attracting students from several nearby colleges, some better known than others.

Students from some of those colleges were tragically among those who lost their lives:

No college should have to put a notice on its website at 2:50 in the morning, as CSU Channel Islands did early Thursday morning, in response to a disaster like this. It notified fellow students and family members of victims that it had set up an emergency hotline in response to the shooting, along with a family assistance center in the area. It advised students to reach out to its counseling and psychological services center.

But no amount of counseling will protect these students from future incidents of gun violence.

The very name “Borderline” ironically underscores the distorted priorities of the Trump administration. The greater danger lies not on the border, but in places throughout the country people where people live their day-to-day lives, like the Borderline bar — places where young people should be able to simply show up to take dance lessons, not fend off bullets.

“She is the young person we want all our children to be,” said Sarah O’Connor, the principal of Vintage High School in Napa at a vigil for Alaina Housley, who graduated from the school last year.

Once again it’s highly unlikely that our nation’s leadership will do anything at all.