After seven shot in the city in one week, Richmond leaders call for stricter gun control laws 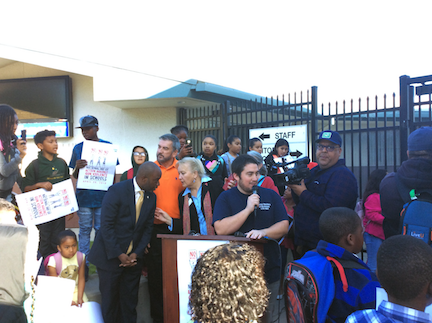 As students and educators throughout the country marked the National Day of Action Against Gun Violence in Schools on Friday, those gathered in Richmond, Calif. also expressed concerns about gun violence in the community.

“For us – this is a life and death situation,” said Demetrio Gonzalez, president of United Teachers of Richmond, which represents about 1,500 teachers in West Contra Costa Unified. “Enough is enough.”  The district includes a number of communities in the San Francisco Bay Area, including Richmond.

In the span of one week earlier this month, seven people were shot in Richmond – three killed and four injured –  including three young people who were shot Saturday while in a car a few blocks from city hall.  They sustained non-life threatening injuries. Gonzalez said all three are district students.

Three of the other shooting victims died and two of the incidents involved automatic weapons.

“This is for all our students,” Gonzalez said of the rally at Verde Elementary in Richmond. “They are impacted the most by this.”

During the rally held before school started, fifth-grader Joshua Charles Simmons, 11, of Richmond, said guns are bad for the world and can sometimes lead to suicide. He noted that he sometimes hears gunshots in the community. “We need to protect kids from guns,” he said. “We need to banish guns.”  He implored the president and lawmakers to “make laws to protect us.”
Superintendent Matthew Duffy also addressed the small crowd of mostly students, teachers and parents.

Assemblyman Tony Thurmond, D-Richmond said legislators need to strengthen laws “to take guns away from those who are a threat to our society.” He praised the Sandy Hook Promise, which helps train people about gun violence and said he is working on a bill to provide more psychologists, therapists and nurses to schools.  The Promise was organized by some of the families who suffered the loss of their children on Dec. 14, 2012 during a mass shooting at Sandy Hook Elementary School in Newtown, Connecticut.

Thurmond also noted that West Contra Costa Unified recently received a $1.7 million grant for its Restorative Justice program which trains students and staff to resolve conflicts peacefully. “Together,” he said, “we will make the changes we need to see.”

The Richmond “walk-in” was organized in collaboration with the California Teachers Association, or CTA, the National Education Association and the Network for Public Education on the 19th anniversary of the Columbine High shootings in 1999. It included speakers from the school district, along with Thurmond, a former Richmond City Councilman and West Contra Costa school board trustee who is running for state Superintendent of Public Instruction.

“Educators are united in saying ‘No More’ to the gun violence that has senselessly injured or taken the lives of too many students and too many school staff members, some of whom have bravely sacrificed themselves to shield their students from harm,” he said. “Words and condolences from policymakers are not enough. It’s time for common-sense gun laws.” Heins referred to the need for gun law changes at both the state and federal levels.

A broad coalition of teachers and other school and district staff, parents, students, community members and activists took part in the national event and expressed opposition to the idea of arming teachers. Since Columbine, there have been 33 school shootings in California, resulting in 51 deaths and 136 injuries, according to the CTA.

About 1,300 children die every year in the United States from gun violence and 6,000 more are injured by gunshot wounds, the association said. Strengthening gun control laws would help prevent violence both in schools and in the communities where students live, educators said.

After the Parkland, Florida shootings in February, Thurmond said he wanted to provide training programs to districts to help them address gun violence issues, while also working to expand access to mental health services for all students.

“I refuse to accept that there are no solutions to gun violence in schools,” he said in a message to the community published in The Berkeley Daily Planet. “As a parent, I feel it is my duty to push for these reforms and additional changes to increase school safety.”

“America has failed its children,” she said. “The refusal to enact sensible gun controls is killing our children. Brave young students who are walking out and speaking out are showing us the way. I support their demands to raise the age to buy firearms and make it easier to take guns away from people who threaten to harm themselves or others.” 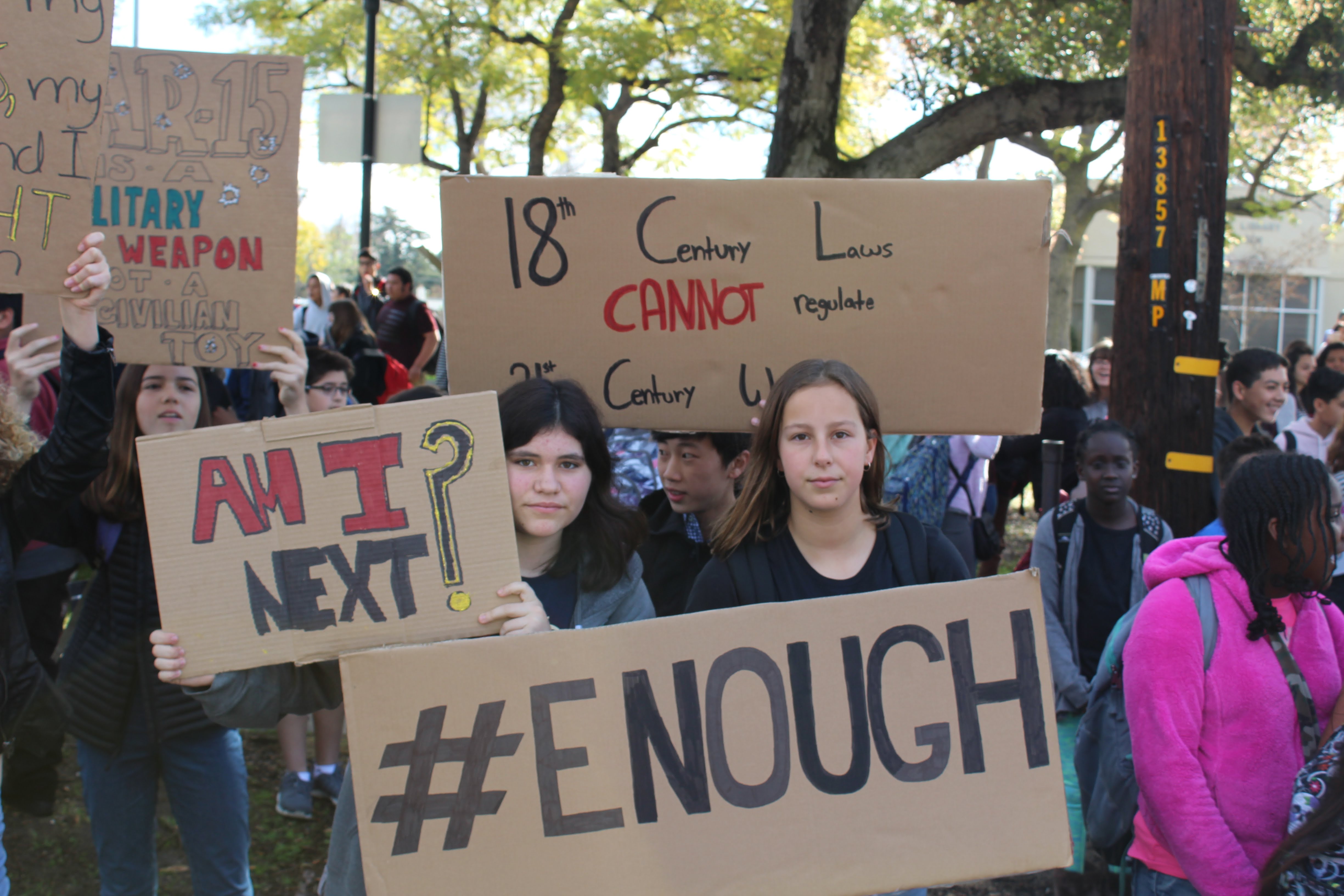 Last week, after a five-month streak with no homicides in the city came to and end, Richmond Mayor Tom Butt released a statement encouraging the community to “make every effort to foster an environment where tensions are resolved without violence.” He praised the nonprofit RYSE Center, which offers counseling and other resources to youth and young adults impacted by violence.

“Every loss of life is significant and weighs heavily on us all,” Butt said, while asking the public to support the victims, their families, law enforcement and community members “as they work through this very stressful and challenging time.”

About two months ago, West Contra Costa Unified hired retired Richmond Police Lt. Michael Booker as a safety consultant to evaluate school safety plans with school principals to ensure that they are updated and that staff is familiar with emergency protocols and procedures, said district spokesman Marcus Walton.

Gonzalez said teachers are also working with the district to make school sites as safe as possible.