Quick Guide: What it means when a school district declares itself a 'safe haven' or 'sanctuary' 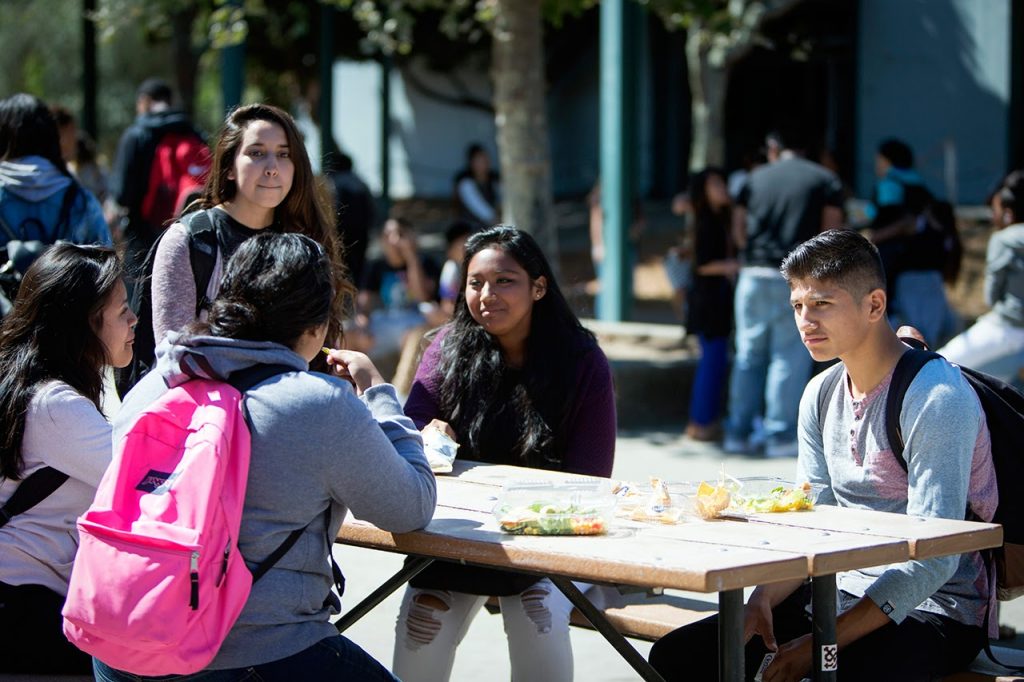 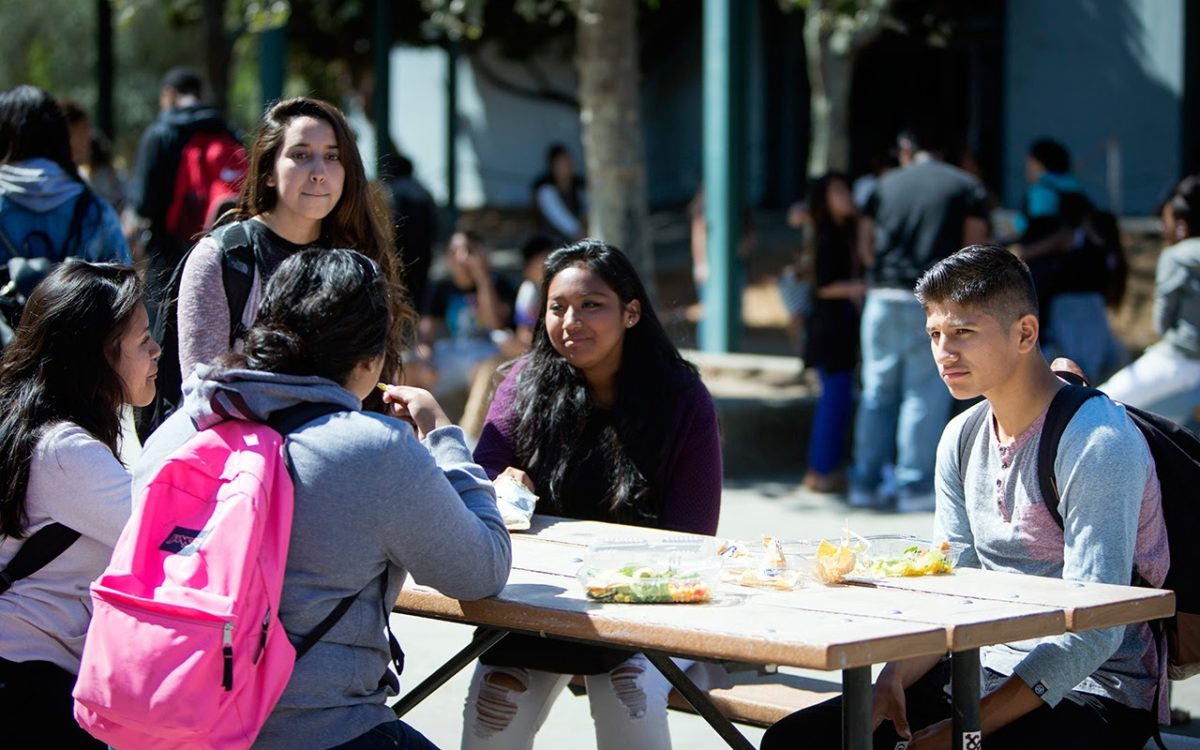 Since Donald Trump was elected president, more than 100 California school districts have declared themselves “sanctuaries” or “safe havens” for undocumented immigrant children. As the debate over immigration heats up, more districts are expected to follow suit. But do these resolutions have much impact? Do they really protect students, or are they just a rhetorical band-aid? And are these districts risking federal funding? Here are some answers.

What does it mean when a district calls itself a “safe haven” or a “sanctuary” district?

Some elected school boards have declared their districts “safe havens” or “sanctuaries,” which means they offer protections and create a welcoming environment for students and families who are undocumented immigrants.

Definitions of “sanctuary” vary from district to district, but in most cases it means that school staff will not allow federal immigration agents on campus without a warrant, subpoena or court order. Any request by immigration agents to enter a campus, or obtain information about students, would have to be approved by the superintendent or the school district’s legal staff.

In addition, many districts won’t collect immigration information from students when they enroll. Some districts also work with local legal aid and social service nonprofits to help immigrant families facing deportation, and otherwise try to create a welcoming atmosphere for students by promoting tolerance and inclusion.

In declaring themselves “sanctuaries,” school boards often cite a 1982 U.S. Supreme Court ruling, Plyler vs. Doe, which states that school districts cannot deny students an education based on their immigration status. As Oakland Unified notes on its website, “We stand behind our students no matter where they were born or the barriers they have overcome to be here. We cherish the cultural richness in our district and make no exceptions when it comes to including learners with a wide variety of backgrounds and needs.”

Under a federal policy, U.S. Immigration and Customs Enforcement (ICE) agents are prohibited from making arrests at “sensitive locations,” which include schools, churches, hospitals and protest rallies, except under circumstances they consider urgent or with permission from a site supervisor, according to the ICE website.

Is there a different between a district calling itself a “safe haven” or a “sanctuary” district?

No. Some districts opted for the labels “safe haven” or “safe zone” as a way to potentially avoid the Trump Administration’s threats against sanctuary jurisdictions. But in most cases the resolutions offer the same protections.

Does a school or district run the risk of having federal funds cut off if it passes a safe haven or sanctuary resolution?

It’s too soon to know. The Trump Administration has threatened to withhold federal grants from local governments — including schools, possibly — that declare themselves “sanctuaries.”

But in April, a federal judge ruled in favor of two California counties (San Francisco and Santa Clara) that had sued the president over the order, claiming that the White House does not have the authority to force local police to carry out federal immigration laws. The Trump Administration appealed the ruling.

In May, Attorney General Jeff Sessions issued a memo saying that sanctuary jurisdictions would only lose grants from the Department of Justice and Department of Homeland Security, not the federal government generally. Schools in California rely on federal funds for special education, free and reduced-price lunches, teacher training and other expenses. Federal funds account for about 10 percent of the total California spends on public K-12 education. But school police departments are eligible for, and often receive grants from the Departments of Justice and Homeland Security.

Sessions left the door open to further changes in his crackdown on sanctuary jurisdictions, however. “Nothing in the Executive Order limits the Department’s ability to point out ways that state and local jurisdictions are undermining our lawful system of immigration or to take enforcement action where state or local practices violate federal laws, regulations, or grant conditions. … Going forward, the Department, where authorized, may seek to tailor grants to promote a lawful system of immigration,” he wrote in the memo.

What is the main purpose of passing a resolution?

School officials say that fear of deportation has led some immigrant families to keep their children home from school. Schools’ budgets are based on average daily attendance, so the fewer students, the less money. Districts have also said that the anti-immigrant rhetoric coming from Washington has led some children to feel anxious or worried, which affects their school performance.

Resolutions are intended to reassure students and their families that schools will offer welcoming environments, will not seek or pass on information about students’ or parents’ immigration status to law enforcement authorities, and will do what they can to keep immigration authorities off school campuses.

How many districts in California have passed such resolutions?  Have any faced retaliation or legal consequences as a result of passing them?

In addition, the University of California, California State University and California Community College systems have also declared themselves sanctuaries. Those schools represent an additional 1.2 million students.

None of California’s sanctuary or safe haven districts have been subject to lawsuits or other backlash, according to the American Civil Liberties Union and California Department of Education

What if a district doesn’t want to call itself a “sanctuary” or “safe haven” district?  Can they still pass similar resolutions without using those labels?

Yes. Long Beach Unified, for example, passed a resolution that uses neither term. Instead, the resolution simply states that the district affirms “its protection of students regardless of immigration status.” But like sanctuaries and safe havens, the district promises not to cooperate with federal immigration agents without a warrant.

Some districts avoid the term “sanctuary” — opting instead for “safe haven” — because of the Trump Administration’s threats to withhold funding for sanctuaries.

In any case, the definition of “sanctuary” has been in flux. In his Jan. 25 executive order on immigration, President Donald Trump describes “sanctuary jurisdictions” as those that “willfully violate Federal law in an attempt to shield aliens from removal from the United States. These jurisdictions have caused immeasurable harm to the American people and to the very fabric of our Republic.” The U.S. attorney general will ultimately decide what jurisdiction is a sanctuary, according to the order.

Sessions’ May memo clarified the definition of “sanctuary” as any jurisdiction that withholds information about an individual’s immigration status from federal agents. Most so-called sanctuary jurisdictions, including schools, avoid that by not collecting immigration data to begin with.

Where can I find examples of model resolutions?

Oakland Unified created a sanctuary web page that includes its resolution, referrals to immigrant rights and community groups, and information about immigration law. The information is available in English, Spanish, Arabic, Chinese, Khmer and Vietnamese.

Los Angeles Unified, which has an immigrant population that’s among the state’s largest, has passed numerous resolutions in support of immigrants, most recently in May. The district also maintains an immigration hotline and web page of resources for immigrant families, in multiple languages.