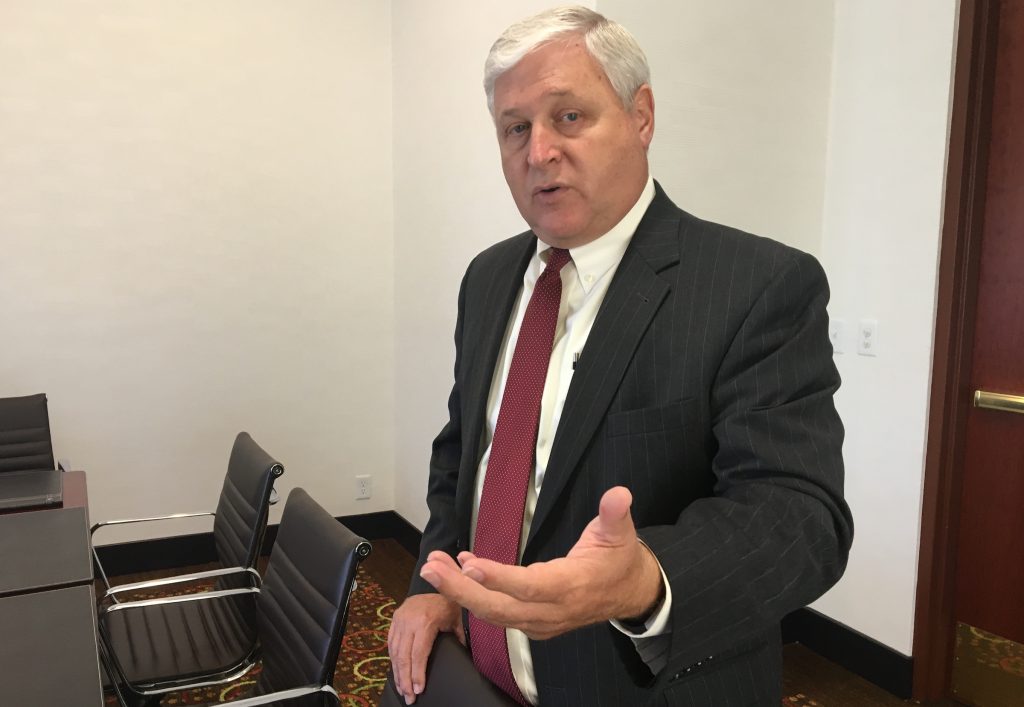 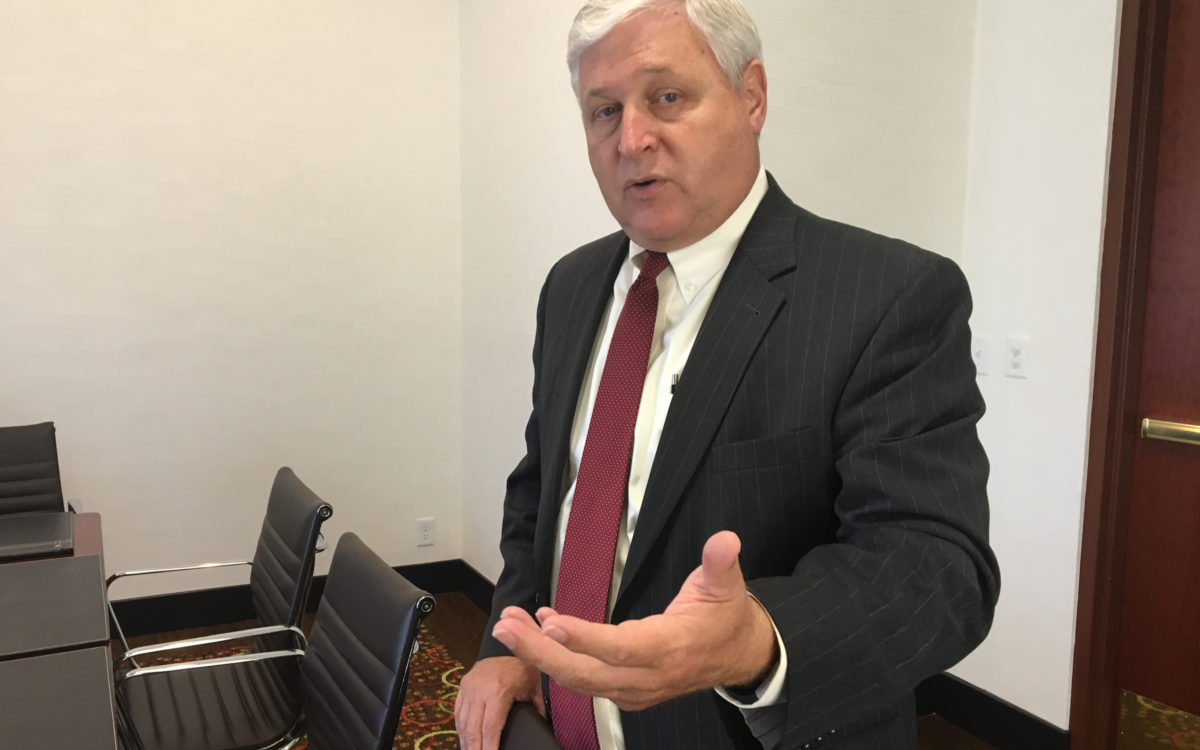 Michael Fine is the new CEO of the Fiscal Crisis and Management Assistance Team, perhaps the most important education agency Californians may never have heard of — unless their school district has been in financial peril. Better known by its acronym, FCMAT monitors the financial health of school districts, investigates and, together with county offices of education, manages districts when they’re in trouble. It also trains local administrators to keep them from getting into trouble in the first place. Fine, FCMAT’s former chief administrative officer, succeeded longtime CEO Joel Montero on his retirement this summer. He previously was the deputy superintendent for business services of the Riverside Unified School District. Fine recently shared his thoughts with EdSource’s John Fensterwald on the potential challenges districts may be facing with declining revenues, rising expenses and full funding of the Local Control Funding Formula. This is a shortened version of their conversation.

EDSOURCE: These are relatively good times yet we hear that districts are cutting back programs, laying off teachers and other district personnel. Why is that happening after several years with good revenues for districts?

MIKE FINE: We are at the tail end of a fairly dramatic expansion period. We’re in transition to a slowing of year-over-year revenue growth while at the same time costs are not necessarily slowing.

Each district responds to that differently based on their own circumstance. In the new LCFF funding formula, we no longer have an average district from a funding perspective. Everybody has the same base (funding) but each is unique, based on their demographics with respect to supplemental and concentration (funding). Are they growing enrollment, which is very few districts? Are they declining in enrollment? What is the rate of decline or the rate of growth?

County offices of education and FCMAT gained the authority to monitor school districts’ financial health and to intervene when necessary under AB 1200, which the Legislature passed in 1991 following the bankruptcy of Richmond Unified. Since its passage, the Legislature has had to step in with emergency loans for only a half-dozen of the state’s nearly 1,000 districts.

Under AB 1200, school districts must update the condition of their finances twice annually following the adoption of their budgets in June — in the fall and then in the spring, following the release of the governor’s proposed state budget. Districts must verify that they can balance their books for the current and two following fiscal years. In the most recent report, in March, three districts reported a negative certification, meaning they could go insolvent in the current year; an additional 39 gave themselves a qualified rating, meaning they might not be able to balance their books in the following two years. Some observers said that low number of qualified self-certifications underestimated the financial difficulties many districts will likely encounter.

We still have about 20 percent of the districts that have been deficit spending through the entire expansion period. They never fully corrected all of the issues that caused the deficit. That adds pressure to them. There is the dynamics of special education. Our special ed population generally is growing while overall enrollment is declining.

EDSOURCE: Could you explain what a structural deficit is?

MIKE FINE: A structural deficit excludes one-time revenues received from the state. It excludes one-time expenses associated to those and it gets down to that recurring base operation that school districts are obligated to provide. Coming out of the Great Recession, districts all over had pent-up staffing needs, pent-up salary needs. We’ve had rising pension costs since that point. A whole variety of factors going on that have made it difficult for them.

EDSOURCE: Could one driver be declining enrollment without staff cutbacks?

MIKE FINE: It’s simple math. We lose a student, we immediately lose the revenue but we don’t probably shed any costs for that student. They’re not lined up nicely with the loss of revenue when they’re in declining enrollment.

EDSOURCE: Ron Bennett, CEO of School Services of California, said at a budget workshop we attended that all districts that he knows of will be in deficit spending in the third year of their three-year budget projections.

MIKE FINE: That’s reflective of a truth of the transition period. We’re seeing revenues flatten out, but we’re not seeing the same thing happen with expenses. Some of that’s timing. The business office has forecast (a deficit) the third year out, but the local board of education hasn’t had the opportunity yet to act on program changes, reductions that will bring those to alignment. So I don’t get — and I don’t think our county offices when they review budgets get — too exercised. They would prefer districts to be honest and show that deficit in that third year rather than covering it up. But what they want to see now is that local board respond to that data.

“But once we reach the point of full LCFF funding, we are really talking about COLA only — that is how the system is designed to work. And that’s going to be a challenge for many districts,” said Mike Fine, CEO of the Fiscal Crisis and Management Assistance Team.

That gets back to risk factors. A larger district versus a small district in the same county has a different set of risk factors. If the district is self-insured and carrying a lot of reserve funds related to its insurance programs, it’s carrying a lot of cash that a small district isn’t carrying. Facility conditions may be different in the district. All of those factors that have to be analyzed by the county office.

EDSOURCE: To what extent are pension costs adding to a district’s cost pressure?

MIKE FINE: We’ve known for a long time there would be pension-cost pressures. What we didn’t know is how the state would respond to them; we didn’t know the employer (contribution) rate. As districts have absorbed those cost increases, that has reduced their purchasing power. CalPERS and CalSTRS increases didn’t kick in for a couple of years after LCFF was adopted. So if we take a snapshot and look backwards, it doesn’t look so bad. But looking out, because revenue is slow, that won’t be sufficient to cover in most districts the increased burden of the CalPERS and CalSTRS employer contribution rates. That’s why multi-year financial projections are so critical. 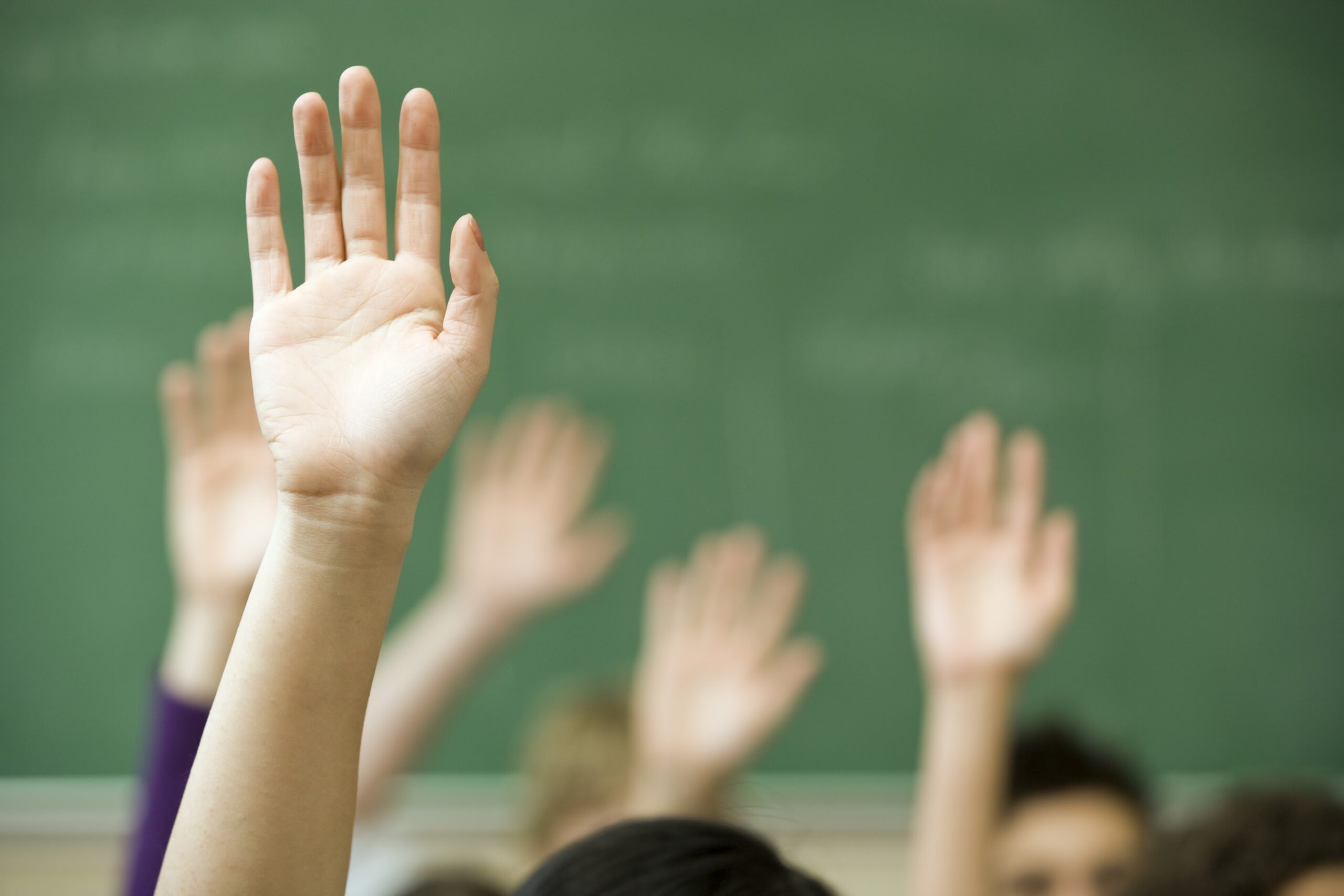 EDSOURCE: Today we heard at School Services’ budget workshop that in general revenues are rising at 2 percent and expenses are rising at 4 percent. If it’s true, how long can districts continue with that disparity before many are facing a real money problem?

MIKE FINE: We could probably look back in history and see that same dynamic multiple times just looking through the cycles. And so districts have to be preparing for that.

EDSOURCE: We’re facing a teaching shortage and a need to pay teachers more. How does that square? Districts are going to face that extra problem.

MIKE FINE: We’ve identified this as an emerging topic now for the last several years. Under the old revenue limit, everybody moved kind of together. You either grew by 1 percent or 2 percent or contracted by 1 percent or 2 percent. Today there is a challenge for recruiting efforts. Under LCFF, say in the western portion of a county, you’ve got 10 districts, possibly with very different supplemental and concentration revenue. And yet they are competing in the same labor market for the same teachers, principals or staff members. Again, that’s a factor that has to be taken into consideration as the district does its multi-year financial plan.

EDSOURCE: So we’re getting near to what is called full funding of the Local Control Funding Formula and that is defined as bringing districts back really to the pre-recession level plus the cost of living.

MIKE FINE: It restores a funding level but not the full purchasing power.

EDSOURCE: Right. So when we get to full funding, it may lead to a conversation or certainly when Gov. Brown leaves office, whether we should continue with the law or whether there needs to be change. Are you satisfied with the Local Control Funding Formula as is?

MIKE FINE: FCMAT is not a policy setting-organization or agency so I want to be careful here. Personally I am a huge supporter of LCFF and the goals of LCFF. I think those goals were the proper goals. I think in many respects it is doing what it was designed to do.

Is it perfect? No. One of the things that we’ll have to look at is the mix of the LCFF components: the base grant, the grade span adjustment, the supplemental and the concentration. I don’t know if they’re right, don’t know that they’re wrong very candidly, but we’ve seen the evidence in districts where the base grant is simply inadequate. We’ve also seen evidence where a district has done an outstanding job with their LCAP and defined base-funded programs very well and made it work well. It’s a mixed bag.

But once we reach the point of full funding, we are really talking about COLA only — that is how the system is designed to work. And that’s going to be a challenge for many districts.

EDSOURCE: We haven’t mentioned the possibility of a recession, which the governor has been predicting. If it comes, who would be most affected — districts that have had a lot more money under the formula or districts that haven’t?

MIKE FINE: That’s an interesting question. There are a lot of variables in LCFF. A 1 percent change in unduplicated count (those students targeted for more money under the funding formula) in a larger district — with 30,000 or 40,000 students — could have millions of dollars of impact. If you’re a community that is impacted by housing prices, and the economy takes a dive and you’re going to start to see some kids in poverty moving out, then you could easily change in your unduplicated count. Districts with low unduplicated counts for the most part have been struggling. The higher the dependence on the base grant, the more a district generally has struggled the last several years.

You’ve got to look at not only the economics but what the economics will do to the demographics. Under LCFF, it’s not good enough to be on the mark by total number of students, because the funding is based on the characteristic of the student and by grade span. When it comes to financial projections, you’ve got to get it down to the fine-tuning.

Commitments for expenditures for years out might come back to bite you. You have to build flexibility in outcomes. In the old days, we sat around and discussed budget deductions in (the superintendent’s) cabinet and in the boardroom, and we made them. Today, we’ve made very public commitments to programs and activities.

Just be forthright about it in the winter and spring when you’re developing your LCAPs and talking to your communities.