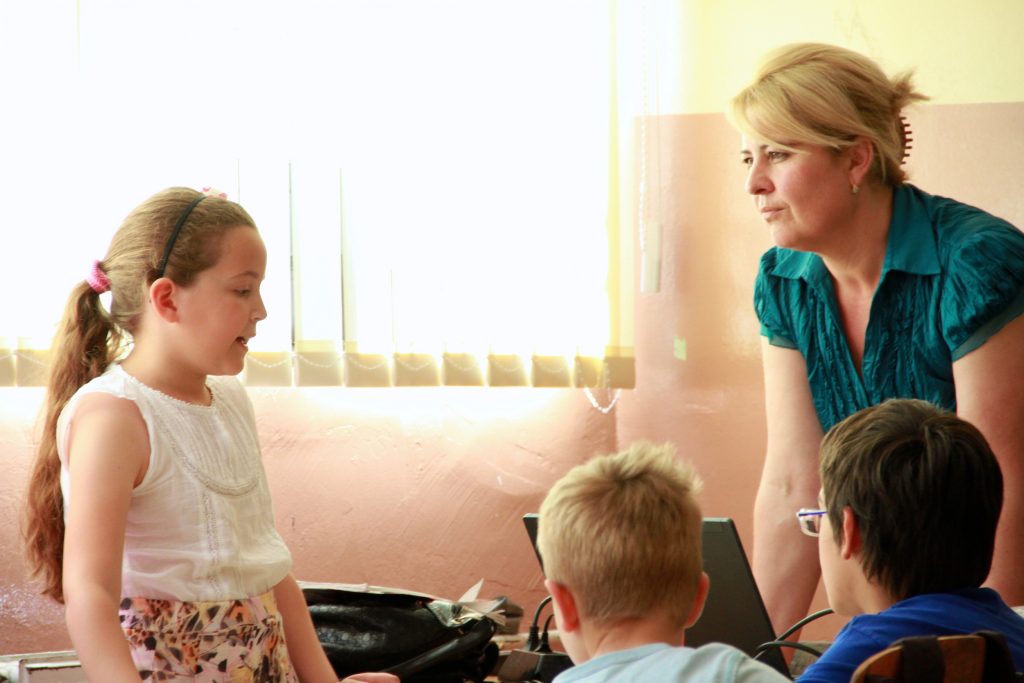 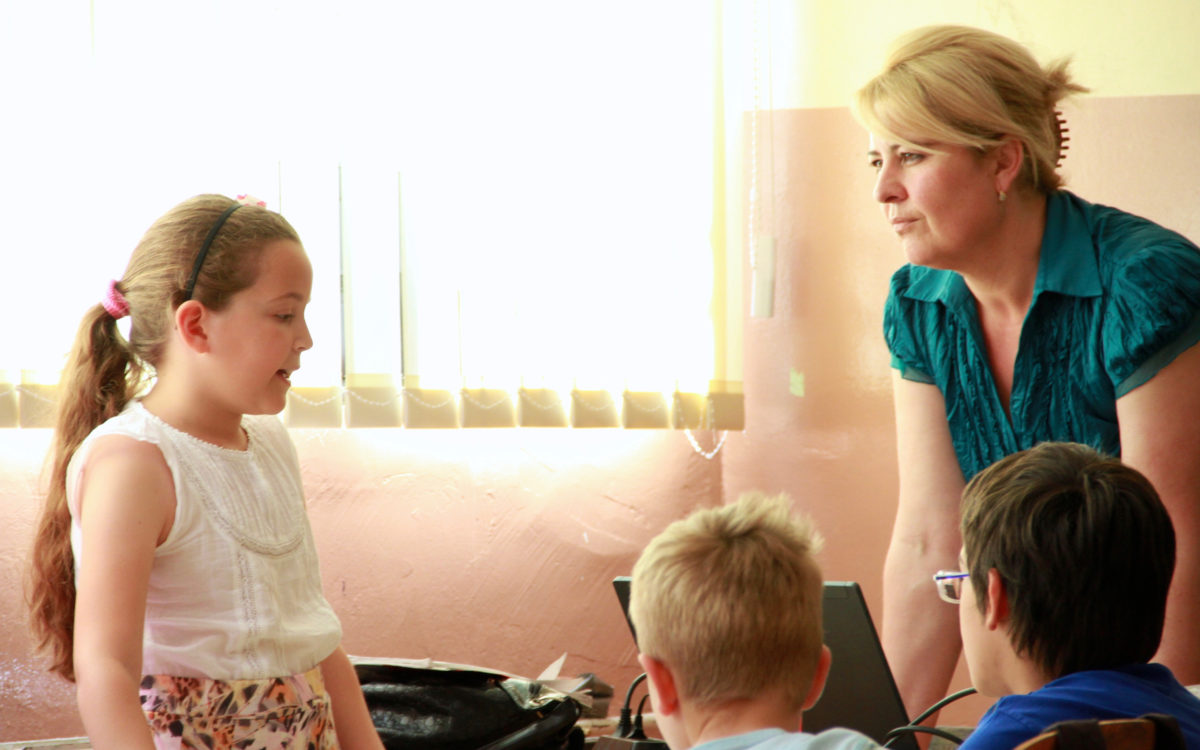 With the stroke of a pen, Gov. Jerry Brown has reversed a half-century-old law that prevented aspiring teachers in California from majoring in education and required them to pursue a teaching credential only after earning a bachelor’s degree.

The legislation that Brown signed last month will allow colleges and universities in the state to once again establish teacher preparation as an undergraduate major, enabling students to become an elementary or middle school teacher in four years, as they once did — and currently do in most other states — instead of five and sometimes six years.

Earning a teaching credential in California

Internship pathway: An alternative route to certification, intern programs allow prospective teachers to work in the classroom, gaining practical experience while completing coursework in a teacher preparation program. All intern applicants must  already have completed a bachelor’s degree and passed the basic skills test. Many receive minimal training before entering the classroom.

But repealing the ban on education as a major may not prompt universities and colleges to reintroduce it. One reason is that they fear a loss of federal financial aid. Another reason is that they have already figured out ways around the ban, with alternative programs that award a bachelor’s degree and a credential in four years.

California State University — by far the state’s largest granter of teaching credentials — says that re-establishing education as an undergraduate major could threaten federal financial aid, in the form of a Pell grant, for thousands of students earning a credential in a post-bachelor’s degree program. Pell grants are the largest source of federal aid for income-eligible undergraduate students, including those majoring in education.

“The CSU does not intend to establish a baccalaureate degree in professional education, as it would jeopardize the Pell grant awards for thousands of teacher credential students who enroll in post-baccalaureate programs in the CSU each year,” Loren Blanchard, CSU’s executive vice chancellor, wrote in an Aug. 4 memorandum to CSU administrators.

In many states, aspiring teachers pursue an undergraduate degree in education. Overseen by a college’s school or department of education, an education major combines basic academic content, including courses in child development and psychology, with courses in pedagogy and classroom experience.

In 1961, the Legislature did away with education as a major when it passed what was called the Fisher Act. It required aspiring teachers to major in an area other than education, and to do their student teaching and take courses in teaching methods in a post-graduate fifth year; it shifted the authority over undergraduate education away from schools of education to other academic departments.

The law was passed in the Sputnik era, when Americans feared they had fallen behind the Soviet Union in science and technology. At the time, lawmakers believed an education major was a watered-down degree, with students spending too much time learning teaching methods and too little time learning rigorous subject content.

“Nurses can major in nursing, accountants can major in accounting, and engineers can major in engineering. But teachers cannot major in their professional field,” he said at a hearing on the bill. “The prohibition on majoring in education prevents universities from designing programs which strike the right balance between subject matter preparation and pedagogy.”

The Legislature tried but failed to lift the ban 15 years ago. Numerous state leaders have called for a repeal, without result, and it was a recommendation in the report Greatness by Design, a high-profile report in 2012 commissioned by Superintendent of Public Instruction Tom Torlakson.

AB 170 passed surprisingly quickly and easily in the Assembly and Senate as part of the consent calendar, reserved for uncontroversial bills. Brown signed it in late July. The lack of fanfare is a sign that some colleges and universities no longer believe the return of an undergraduate major in education will have a major impact.

The new law “is a relatively benign change” and is not going to have much of an impact, said David Andrews, president of San Diego-based National University, a private college offering teacher credentials through online and satellite operations throughout California.

The change coincides with a teacher shortage, following a steep decline in the number of people seeking a teaching credential. The extra expense of a year, sometimes two, earning a credential after a bachelor’s degree — and the loss of earning power during that time — have been one of the disincentives of pursuing teaching as a career.

The CSU and the California Commission on Teacher Credentialing took no position on AB 170. But O’Donnell and other proponents, who include the Association of California School Administrators, the advocacy organization Education Trust-West and the California Federation of Teachers, argue that the profession is much more complex today than in the ’60s, when it was a common belief that individuals with enough knowledge in a subject could figure out how to teach it.

California’s demographics have changed, and teachers are expected to understand the distinct needs of English learners and students with disabilities. Teachers must be skilled in adopting changing technology. New academic standards such as the Common Core and the Next Generation Science Standards  stress in-depth inquiry and the ability to communicate. These changes require a new set of teaching skills.

A reconstituted education major would build these prerequisite courses into undergraduate years while providing more time for student teaching. Prospective teachers would take a core of content courses in science, literature and history as well as methods courses in how to teach math and science. The Commission on Teacher Credentialing would set course requirements.

How many universities will recreate undergraduate education majors now that they can is a big unknown. It’s possible that private colleges that don’t depend on Pell grants may see an opportunity. But CSU is wary of potentially losing the $10 million its campuses get annually in Pell Grants for about 3,000 students in teacher preparation programs, said Joan Bissell, director of CSU’s teacher education and public school programs. Andrews said National University also has no plans to create an undergraduate education major.

Bissell said CSU doesn’t know yet whether Congress would have to amend the Pell grant law or if the U.S. Department of Education could grant a waiver from it — and what that might look like. Until it knows more, CSU won’t move forward with an undergraduate education major, she said.

Instead, CSU is has been actively pursuing an alternative four-year pathway that works around the Pell grant restriction. Called an integrated or blended program, it compresses a traditional 5-year combination of bachelor’s degree and teacher credential program into four years. Students who want to become elementary and middle school teachers generally choose a liberal studies major, with a cross-section of academic courses (see catalogue offering from CSU Fullerton), while aspiring high school teachers match their major (math, history, etc.) with their teaching field.

While similar to a general education major, a liberal studies major requires more subject matter credits, and is run by the Department of Liberal Studies, which may or may not be part of a school of education. A blended program saves a year of tuition and time for teachers, and tailors academic content for future teachers. A chemistry course in a blended program might be taught jointly by faculty from the chemistry department and school of education, and offer labs that teachers could replicate in the classroom, Bissell said.

National University also offers blended programs for both single-subject majors and an interdisciplinary studies major for elementary and middle school teachers. Among the advantages, Andrews said, blended programs send students into the classroom early. “They learn early whether they want to teach,” he said. That differs from the 5-year credential program, in which students learn content, then how to teach. Blended programs “are not sequential. They weave in experience in the classroom,” he said.

CSU has offered blended programs for nearly two decades, but enrollment levels were low, in part because academic faculty and schools of education hadn’t collaborated effectively. But two years ago, Gov. Brown incorporated an idea of former Assemblywoman Susan Bonilla, D-Concord, into the state budget with $10 million in planning grants of $250,000 each for colleges to better design integrated programs. Priority went to areas in which teacher shortages are most acute — special education, science and math.

CSU got most of the grants, and now, Bissell said, blended programs are ready to take off; she said that 20 CSU schools will soon offer them — compared with five campuses now — and within three years, they will produce 2,000 candidates with preliminary teaching credentials, about 20 percent of CSU’s new teachers each year.

For now, CSU, UC and National University are pursuing a parallel track to what would be a general education major.

“There’s no need to go back to it. Universities have found different ways for four-year options,” Andrews said.