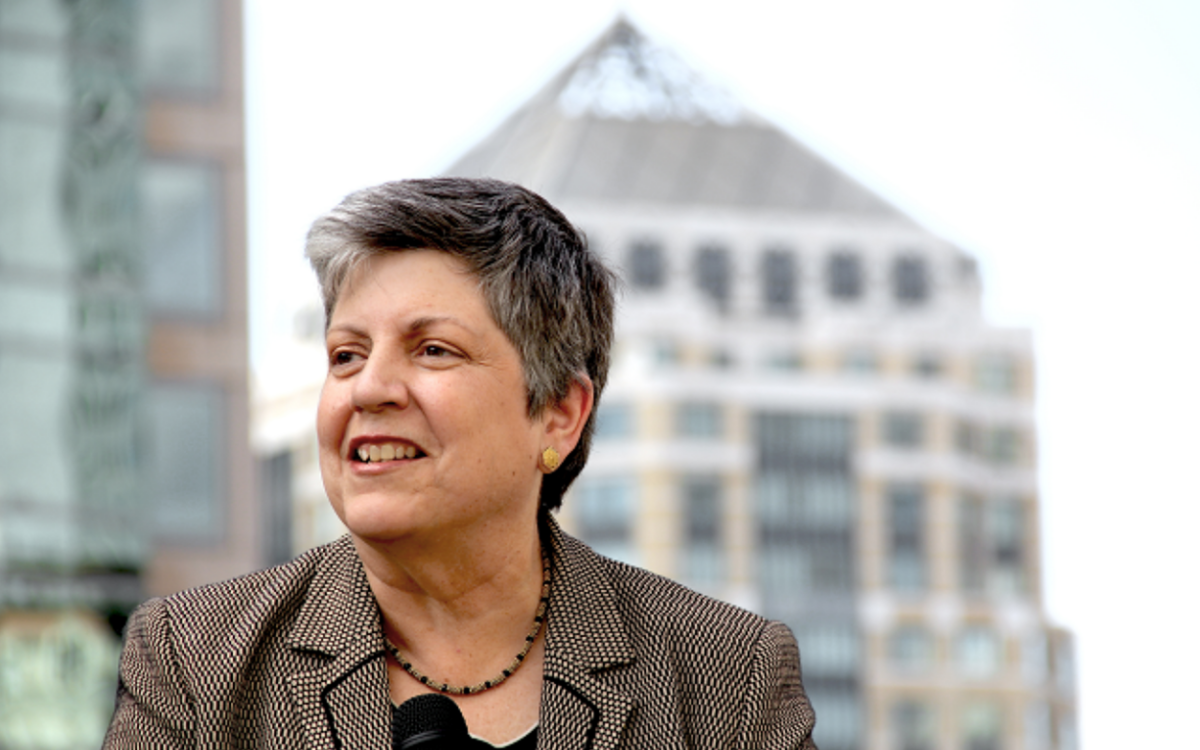 University of California President Janet Napolitano is being treated for cancer and has been hospitalized for side effects, university officials announced Tuesday. Napolitano, who was admitted to a hospital on Monday, is expected to be released in the next day and will return “to her normal duties at full capacity very soon,” according to the UC statement.

A UC spokeswoman said that no further details about Napolitano’s illness or treatment would be released out of respect for her privacy.

Napolitano, who is 59, became the head of the ten-campus UC system in September 2013. Prior to that she was U.S. secretary of Homeland Security in the Obama administration since 2009 and had been Arizona governor and state attorney general before that.

News of her illness comes as she and the university’s leadership were preparing to advance their controversial proposal to increase undergraduate tuition for Californians for the first time in six years. Next week, the UC Board of Regents is scheduled to meet in San Francisco and consider Napolitano’s tuition plan. Napolitano’s illness is not expected to delay any such vote by the regents.

The UC announcement Tuesday said that other UC senior leadership will support Napolitano in managing the university during her recovery.

Napolitano was first diagnosed with cancer at the end of August and has kept the regents informed about her treatments, the announcement said. The illness was first disclosed publicly Tuesday.