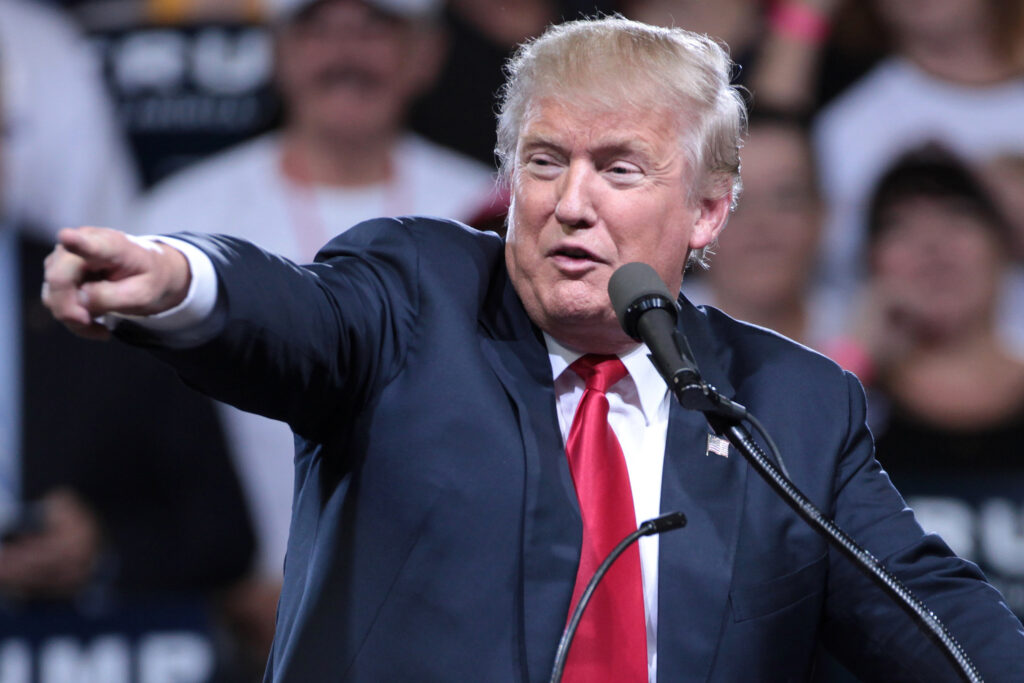 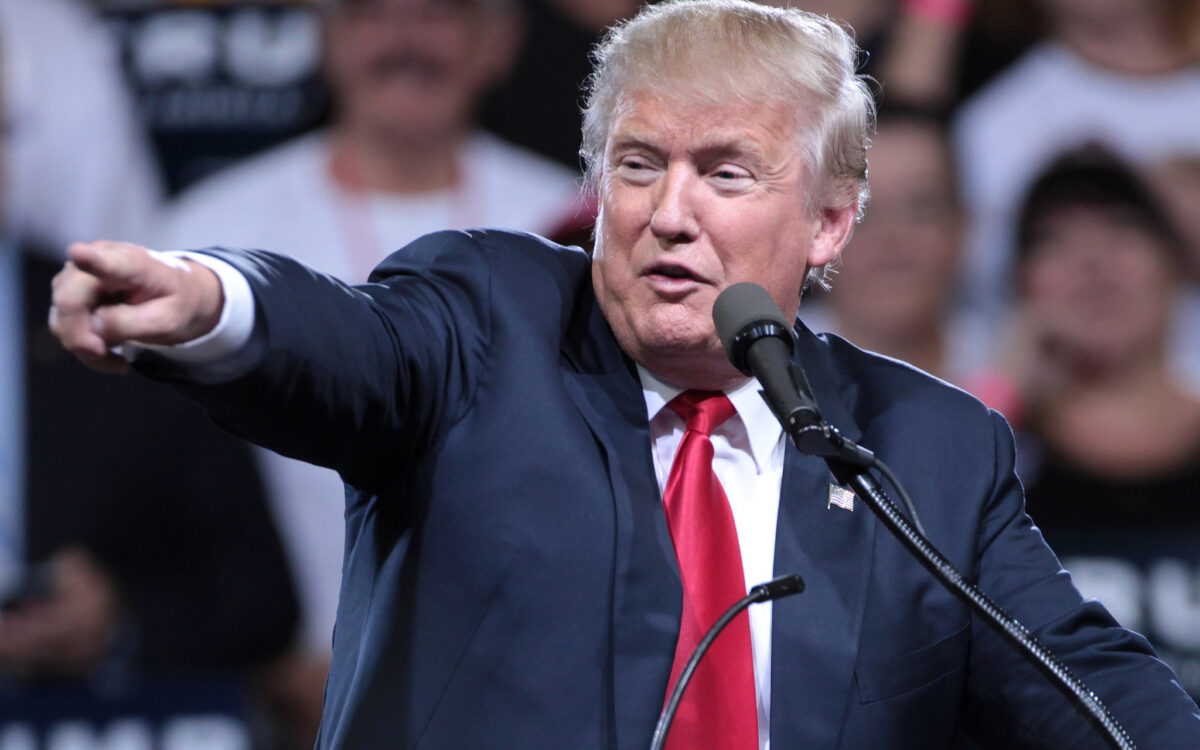 Against the backdrop of a series of ongoing controversies and embarrassing missteps concerning civil rights and race, President Donald Trump, backed by Secretary of Education Betsy DeVos, is framing his push for greater “school choice” as a civil rights initiative, intended to help the nation’s most disadvantaged children.

In his speech to a joint session of Congress last week, Trump said “education is the civil rights agenda of our time,” reprising the exact words of President Barack Obama in 2011 and President George W. Bush in 2002. He repeated that phrase when he and DeVos visited a private Catholic school in Florida last Friday – the first school he has visited since becoming president. This time he made the connection even more explicit by quoting Martin Luther King, Jr.

This month, we commemorate the thousands of peaceful activists for justice who joined Martin Luther King on the march from Selma to Montgomery. And that day, Reverend King hoped that inferior education would become, as he said, “a thing of the past.” And we’re going to work very much for the future and what he predicted would be with the future. As I’ve often said in my address to Congress and just about anyplace else I can speak, education is the civil rights issue of our time. And it’s why I’ve asked Congress to support a school-choice bill. And we’ve come a long way. I think we’re ahead of schedule in so many ways when it comes to education.

He then turned to DeVos and said, “You are going to lead that charge, right?” “You bet,” DeVos responded.

The “inferior education” term that Trump referred to came from King’s speech on March 25, 1965, at the conclusion of the Selma to Montgomery march in which he said: “Let us march on segregated schools until every vestige of segregated and inferior education becomes a thing of the past, and Negroes and whites study side-by-side in the socially-healing context of the classroom.”

In his speech to Congress, Trump called on lawmakers “to pass an education bill that funds school choice for disadvantaged youth, including millions of African-American and Latino children.” Parents, he said, “should be free to choose the public, private, charter, magnet, religious or home school that is right for them.”

“The president made a point during the campaign to highlight the problems low-income families face in accessing a quality education,” DeVos wrote. “We cannot hope to get America back on track if we do nothing to improve education for the poorest among us.”

Citing a 2015 report issued by the Schott Foundation, she said that 40 percent of African-American male students don’t graduate on time. “For too long, Washington has focused on issuing edicts from its bubble, rather than empowering and amplifying solutions found at the grassroots level,” she wrote. “We need to retire Washington’s top-down approach and instead empower answers from the bottom up.”

“Too many students live without access to quality schools,” DeVos wrote. “These children and teenagers are assigned to failing schools based solely on the ZIP code in which they live. If they don’t have the means to move to a better school district, then they’re trapped.” This, she said, “is not only unfair, it is also unjust.”

Framing “school choice” as a civil rights initiative has a long and controversial history that long predates both Trump and DeVos.

As Janelle Scott, a professor at UC Berkeley’s Graduate School of Education and African American Studies Department, wrote in 2013,  “School choice has had a complicated history with race in American society. African Americans have embraced alternative schooling forms for hundreds of years to realize goals of self- determination and culturally responsive schooling. But choice has also been a tool of segregationists. For example, early state sponsored school choice programs were mechanisms for southern segregated school systems to avoid implementing court- ordered desegregation.”

Pedro Noguera, currently a professor of education in UCLA’s  Graduate School of Education and Information Sciences. noted in an Education Next interview in 2008 that  “it is good for parents to have a variety of schools from which to choose because not all children have the same needs or interests. The greater challenge is ensuring that there are many high-quality schools to choose from and ensuring that choice does not contribute to further segregation in schools.”  That, he said, is in fact what has happened in recent decades.

It is also the case that the school choice agenda promoted by DeVos over many years focused heavily on taxpayer-supported schemes to underwrite tuition at private and religious schools — while not making a comparable effort to improve  traditional public schools attended by the the vast majority of children in the United States.

Rep. Bobby Scott, D-VA, the ranking Democrat on the House Education and Workforce Committee, told Education Week  last week that even with federal support not all children will be able find a spot in  high-quality private schools. “The private school may choose you,” he said after the speech. “But the idea that people can choose private schools is misleading.”

Trump’s claiming a civil rights mantle for his school choice agenda is particularly striking in light of a series of controversies regarding civil rights that the administration has had to overcome since the November election.

A week before his inauguration, Trump set off a firestorm of criticism when he attacked civil rights hero Rep. John Lewis, D-GA, who said he did not see Trump as “a legitimate president.” In a tweet, Trump wrote that Lewis should spend more time “fixing and helping his district, which is in horrible shape and falling apart (not to mention crime-infested) rather than falsely complaining about the election results. All talk, talk, talk – no action or results. Sad.”

Sen. Jeff Sessions, R-AL, Trump’s appointee to be attorney general, provoked massive opposition from civil rights organizations and leaders for his questionable record on voting and other civil rights — outlined in a letter that Coretta Scott King sent to the Senate Judiciary Committee in 1986 opposing is nomination to be a judge.

Last week, DeVos also drew widespread criticism when she cited historically black colleges and universities as exemplars of the school choice agenda she and Trump are advocating. Civil rights organizations and others pointed out that the reason historically black colleges got started was not because of “choice,” but because racism and segregation made it impossible for black students to attend all-white universities.

“If we are to continue the progress, we need leaders who understand and comprehend our nation’s history, and enforce our civil rights laws,” said Wade Henderson, president of the Leadership Conference on Civil Rights, “I would advise Secretary DeVos to check the facts, study the history, and refrain from suggesting that Jim Crow was about choice for anybody besides segregationist politicians.”

DeVos backed off the next day, conceding that “mere choice could not explain why the colleges were started.” “Your history was born, not out of mere choice, but out of necessity, in the face of racism, and in the aftermath of the Civil War,” she said.

Just this week, recently confirmed Secretary of Housing and Urban Development Ben Carson sparked more disbelief than criticism when in his first speech to HUD employees, he described slaves as “immigrants who came here in the bottom of slave ships.” Like other immigrants, Carson said, “they, too, had a dream that one day their sons, daughters, grandsons, granddaughters, great-grandsons, great-granddaughters might pursue prosperity and happiness in this land.”

“This is as offensive a remark as it gets,” said Steven Goldstein, executive director of the Anne Frank Center for Mutual Respect.  The NAACP simply tweeted the video of Carson’s remarks, along with a one-word response: “Immigrants???”

Like DeVos, Carson also soon backed off his comments, writing on his Facebook page that immigrants and slaves had “two entirely different experiences.” “Slaves were ripped from their families and their homes and forced against their will after being sold into slavery by slave traders,” he wrote. “The immigrants made the choice to come to America. They saw this country as a land of opportunity. In contrast, slaves were forced here against their will and lost all their opportunities.”

This accumulating record will almost certainly make it harder for Trump to present himself convincingly as a civil rights champion, and for his “school choice” plan to be viewed by civil rights advocates as a genuine effort to provide equal access to a high quality education to the nation’s poorest children.

Said UC Berkeley’s Scott, “To appoint Jeff Sessions who has been so divisive and such a key opponent of expansion of voting rights is so much more telling about Trump’s position on civil rights than is his advocacy for school choice policies.”