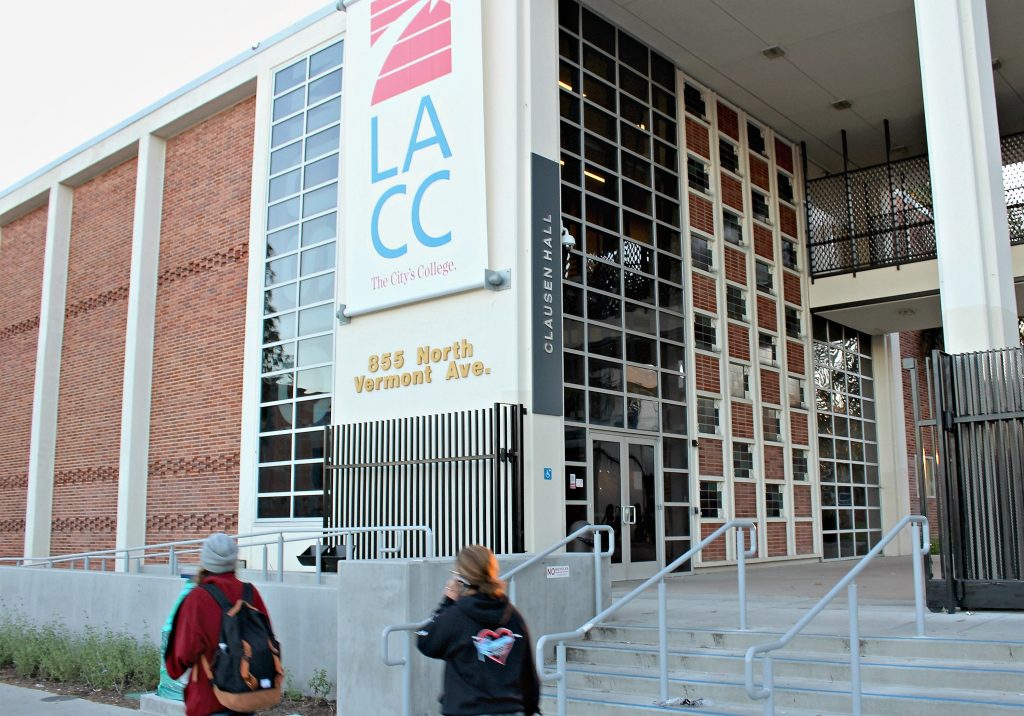 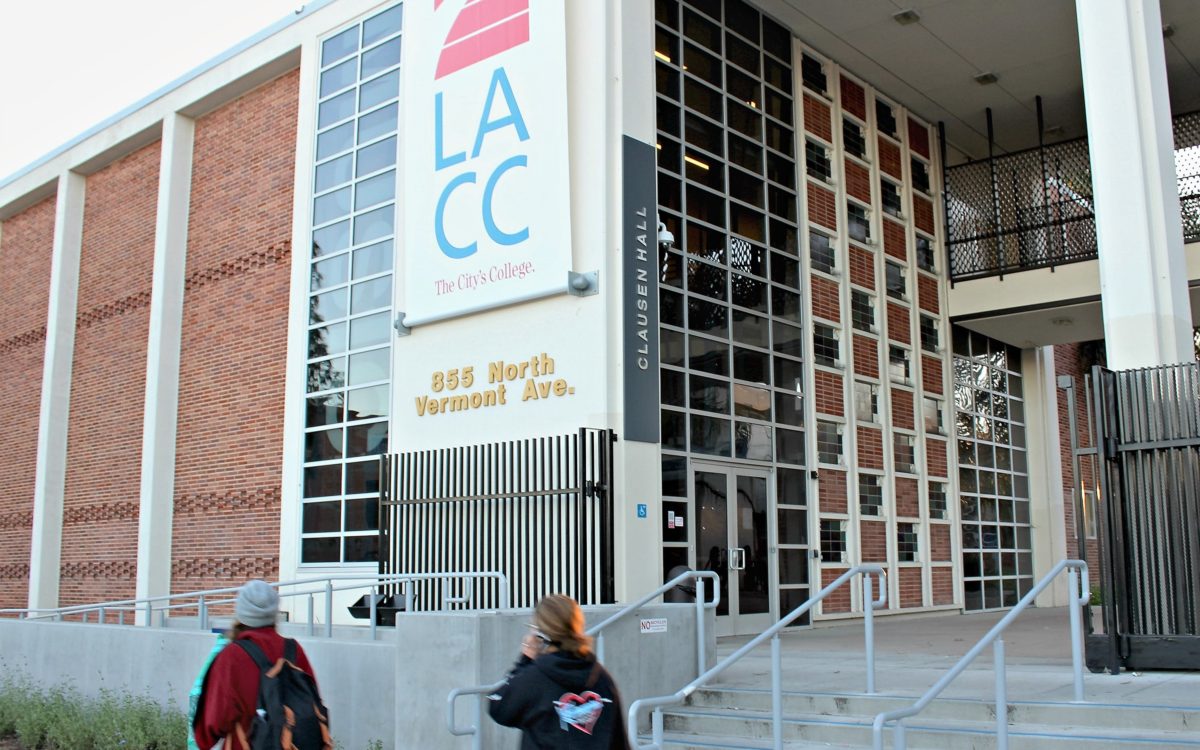 California’s community college students face frustrations on the path to a four-year degree, enduring confusing and competing policies that result in a small share of students actually transferring to a Cal State or University of California campus.

That’s the conclusion of a report produced by The Campaign for College Opportunity, a prominent advocacy group that has fought to simplify the steps for community college students to enter the state’s vaunted four-year public universities.

“Students are still confused, still searching for guidance, still racking up enormous amounts of units,” said Audrey Dow, senior vice president at The Campaign for College Opportunity. “This transfer maze means it is more cost-effective for a student to go to a four-year university than start at a two-year university.”

As a result, Dow said, “The two-year community college affordability notion is a myth.”

The report, based on student performance data and interviews, notes that though a majority of community college students indicate they want to transfer to a four-year college, just 4 percent did so after two years and 38 percent after six years. The long road to transfer costs students and the state in both tuition and delayed earnings. “For the student starting at a community college, she or he may pay $36,000-$38,000 more to obtain a bachelor’s degree than would a student enrolling directly at a four-year college,” the report states. In a past report, the Campaign for College Opportunity faulted unclear pathways to take the courses students need and the role remedial education plays in slowing students down.

The College Opportunity report calculates that a 1 percent reduction in the number of unnecessary credits community college students take could free up “as much as $21 million in state spending, which could provide enrollment to more than 7,000 additional full-time students at the community colleges.”

Higher debt, lower completion rates and a greater burden on state coffers are the consequences of the state’s complicated transfer system, the report argues. “Students are forced to piece together an education plan with inconsistent requirements demanded by the different systems, schools, and departments.”

Ricardo Vazquez, a spokesperson for the UC, said the system is making strides in admitting more transfer students. “UC’s track record of graduating community college transfer students at rates virtually identical to students who enter as freshmen speaks to the effectiveness of the University’s efforts,” he said. “The University continues to bring greater transparency and clearer guidance for community college students who aspire to earn a four-year degree at UC.” He added that this year’s transfer class “may be the largest and most diverse in the 147 year history of the University.”

Steps to ease the transfer maze are underway. Recently the state’s community college system and the Cal States entered into an agreement to expedite the path to an associate’s degree and a bachelor’s. The program, called The Associate Degree for Transfer, allows students to take a specific set of classes during a two-year period at the community college, for which they earn an associate’s degree. Cal States then promise to give those students priority enrollment into the CSU with the status of junior – a major break from the experiences of other students who take years of classes at community colleges only to see a small portion of those accepted by the Cal State.

The program has shown promise: Forty-eight percent of students with the new Associate Degrees for Transfer earn a bachelor’s from a CSU within two years, compared to only 27 percent for traditional transfer students.

Toni Molle, a spokesperson for the Cal State system, said that “outreach efforts are underway to expand public awareness of the [Associate Degree for Transfer] and its role in streamlining the transfer process.”

The UC system went a different route. It recommends course pathways students can take, but those do not come with a guarantee of admission, said the report. Community college students transferring to a UC may also consider the Transfer Admissions Guarantee (TAG), which assures admission, but only to six UC schools. Also, “each campus has different requirements per major that need to be fulfilled, including GPA expectations, prerequisites and courses to be completed,” the report said.

The report conducted an analysis of transfer expectations under the two programs. If the requirements are similar community college students could work toward getting accepted at the campus and university system that’s best for them. But the report found varying degrees of alignment between the Cal State and UC transfer programs. Majors like anthropology, history, philosophy, sociology and communications had similar expectations. “In other majors, however, the differences are substantial and sufficiently confusing as to whether courses in one pathway would satisfy the requirements in another pathway,” the report indicated.

The report called on both the UCs and Cal States to align their transfer pathways so that students are able to more easily satisfy the requirements to get into both university systems and to create a committee that would help to organize those plans. The report also called on the UCs to “provide a guaranteed admission to these transfer students.”

An official at Cal State said that it’s not “workable” for the CSUs to align their transfer programs with the UCs. “It would be more productive, from my point of view, for the UC to engage the [community colleges] on how they might adapt the well-established [Associate Degree for Transfer] approach to transfer credit between the [community colleges] and the CSUs than it would be to try to align CSU and UC programs in some way,” said Eric Forbes, assistant vice chancellor for student academic support.

The report also notes that the typical transfer process for community college students is overwhelming. The terms alone are a mouthful: The Intersegmental General Education Transfer Curriculum (IGETC) and the CSU General Education-Breadth (GE-Breadth) – guidelines for students on which courses to take for the school and major of their choice. Each comes with its own suggestions for courses needed for transfer, and “the acceptance of these courses varies greatly campus to campus and major to major” among the Cal States and UCs.

Among the report’s other recommendations are increasing the capacity of the UC and Cal States to enroll more transfer students. But that would require more state funding. From 1960 to 2015 the state’s general fund cut spending per UC student from $25,800 to $15,400.  In that time Cal State support from the general fund has declined from $10,200 to $8,800. Both numbers come from a recent Legislative Analyst’s Office review.

The report also called for reforming the way in which community college students are placed into remedial education. A bill making its way through the Legislature backed by the Campaign for College Opportunity would address some of the shortcomings the report highlights, including allowing community college students to use their high school grades to show they’re ready for college-level math and English courses.