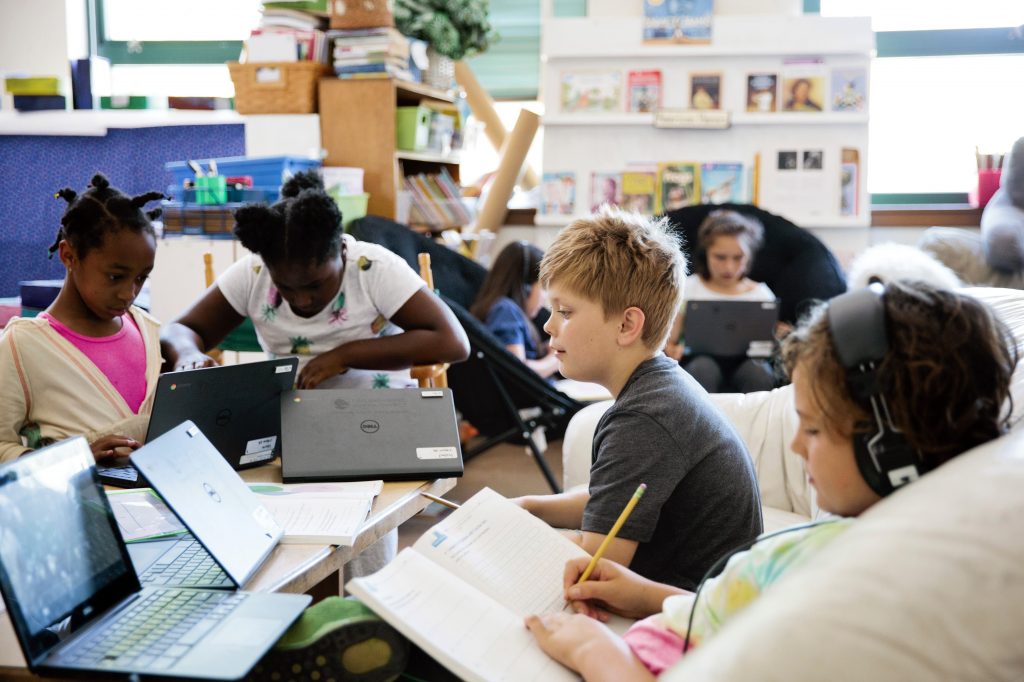 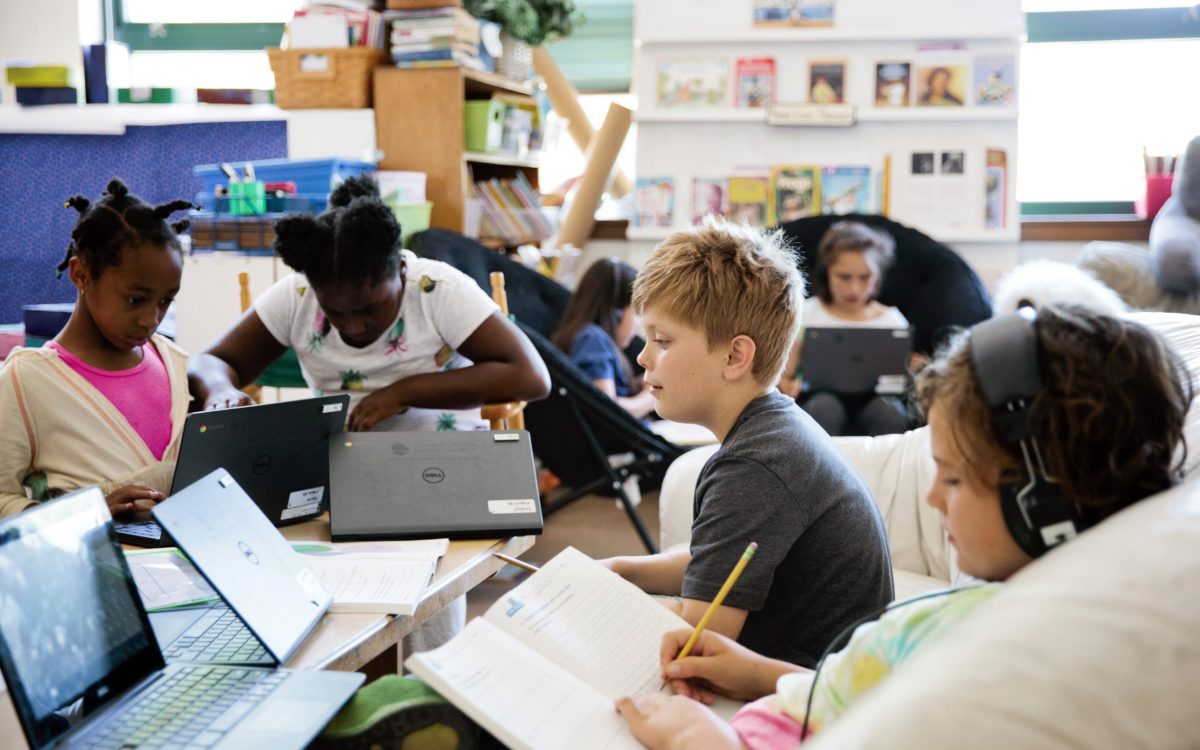 Alison Yin for EdSource
The amount of time young children spend on mobile devices like smartphones and tablets has tripled in the last four years, according to a nationwide report that measures technology use among children 8 years old and younger.

Alison Yin for EdSource
The amount of time young children spend on mobile devices like smartphones and tablets has tripled in the last four years, according to a nationwide report that measures technology use among children 8 years old and younger.

The amount of time young children spend on mobile devices such as smartphones and tablets has tripled in the last four years, according to a nationwide report that measures technology use among children 8 years old and younger.

Children in that age group, on average, currently spend 48 minutes per day on a mobile device, compared to 15 minutes per day in 2013 and 5 minutes in 2011, according to the report released Thursday, by Common Sense Media, a nonprofit group that reviews media and digital products for children.

The report states that, overall, children spend two hours and 19 minutes a day with “screen media,” which includes mobile devices, television, DVDs and videos, video game players, computers and small digital devices such as iPods and virtual reality headsets. However, how children are using that media time has shifted from 2011 to 2017, researchers state. A third of all screen time is now mobile, with 35 percent of children on mobile devices in 2017, compared to 4 percent in 2011.

The report, titled “Common Sense Census 2017 : Media Use By Kids Age Zero to Eight,” is the third in a series of reports conducted by Common Sense. Previous reports, based on similar questions about media use among children, were released in 2011 and 2013. Findings in the new report are based on responses from 1,454 parents who participated in an online survey conducted Jan. 20, 2017 to Feb. 10, 2017. For the report, parents were asked how their children use media during the week and on the weekends. Specifically, they were asked how much time children spend watching or engaging with media and on what device.

The Common Sense Media report found that virtual reality headsets and voice activated assistant devices, such as Amazon Echo or Google Home, are increasing in popularity and 1 in 10 homes with young children reported having one of those devices. Other shifts in technology were more predictable. For instance, more families subscribe to digital streaming services like Netflix and Hulu than families who pay for traditional cable TV. However, researchers said they were surprised to find out “children overwhelmingly prefer paper books over digital.” Of the 29 minutes children spent reading each day, they spent three minutes on devices and the remaining time reading from a printed book.

While the digital divide — the gap between those who have access to technology and those who do not — has narrowed for families, it still remains an issue, the report states.  The report states that 96 percent of families with high incomes have internet access at home compared to 74 percent of families with low incomes with internet access. The report defines “low income” as families earning less than $30,000 a year and “high income” as families earning more than $75,000 a year.