Tech nonprofit helping African-American teens get ahead in coding 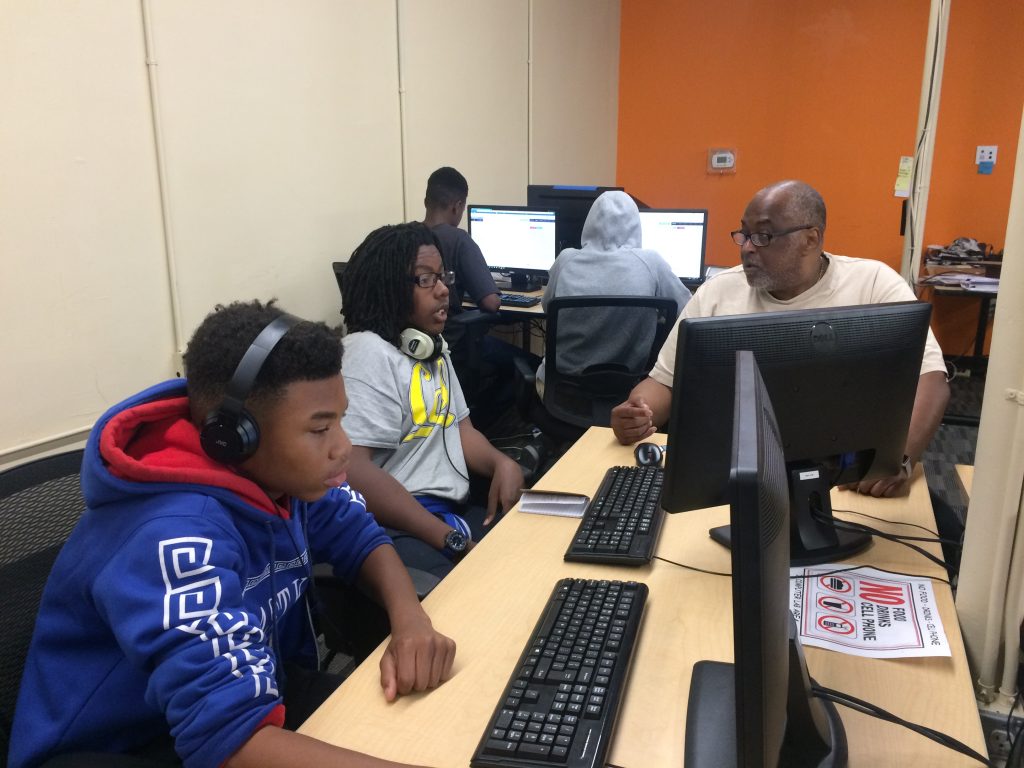 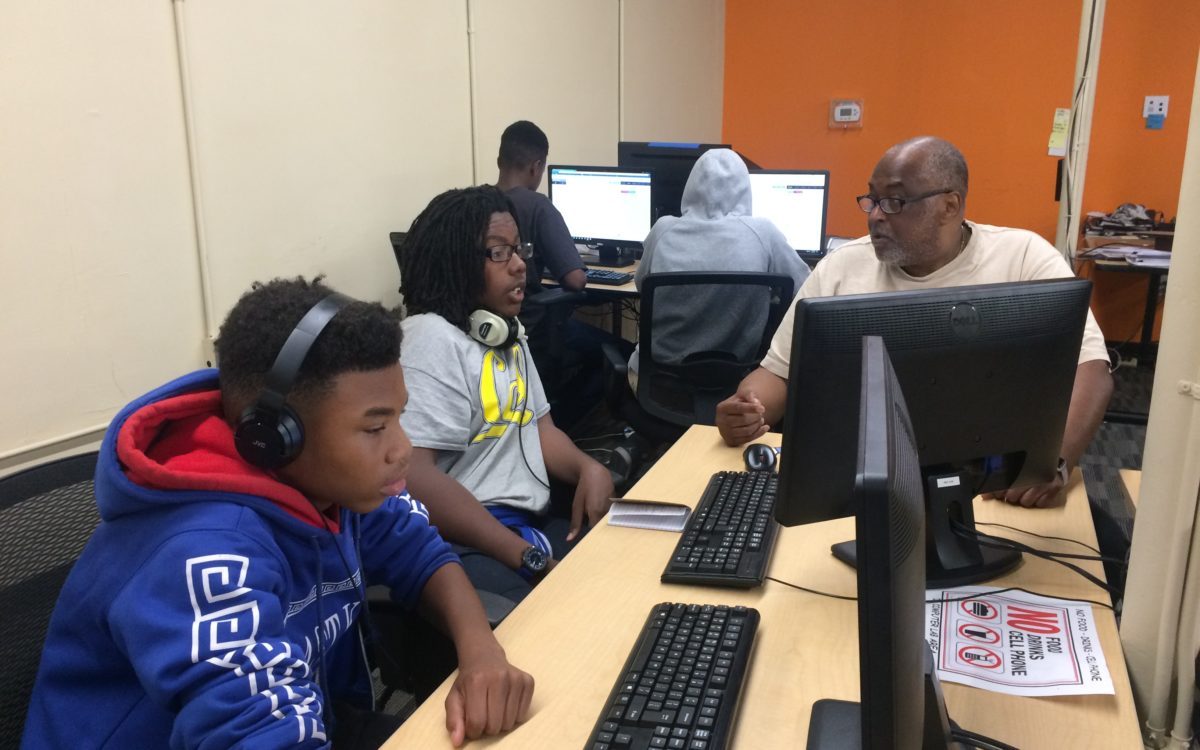 Charles McClain’s road to computer programming started with a vice familiar to many 15-year-olds: Playing too many video games.

“My dad finally said, if you make your own video game I’ll let you play as much as you want,” said McClain, a high school sophomore from Oakland. “That got me thinking. I play a lot of video games, but do I even know how they work? So I decided to learn to code, and it’s going really well.”

McClain is enrolled in a free, two-year coding and entrepreneur program for African-American boys in the East Bay called Hidden Genius Project, one of a growing number of nonprofits aimed at boosting the representation of African-Americans in the technology sector.

Founded in 2012 by five African-American tech entrepreneurs, Hidden Genius Project has so far taught coding, leadership and business skills to more than 2,000 African-American boys in 9th through 11th grades in Oakland and Richmond. The group hopes to soon expand across the state.

They have plenty of company. In Los Angeles, Teens Exploring Technology hosts summer coding academies for young males of color. Black Girls Code teaches computer skills to African- American girls in the Bay Area, Chicago, Dallas and other cities. Hack the Hood teaches web design to young people of color in the Bay Area and matches them with local businesses. Code.org’s online coding courses have reached millions of students around the world, almost half of whom are underrepresented minorities or low-income.

“We’re not here to find the next Mark Zuckerberg. Mark Zuckerberg is already Mark Zuckerberg,” said Hidden Genius executive director Brandon Nicholson, referring to the Facebook co-founder. “We tell the kids, we want you to be the next great you. You might be a plumber or a chef. If you do go to Silicon Valley, find a company that does it right, that supports you and respects you. And if you can’t find that place, build it yourself.”

Almost all children in California have some exposure to technology, either through video games, mobile phones or electronic tablets, but African-American students don’t pursue tech at the same rate as their white and Asian peers, said Eli Kennedy, chief executive of the Level Playing Field Institute, an Oakland nonprofit that researches diversity issues in the tech field and offers intensive computer camps for high school students of color.

Much of that is due to poverty and a shortage of academic offerings in high-poverty neighborhoods, he said. African-Americans are more likely to attend high schools that don’t offer advanced computer science classes, more likely to live in homes without high-speed internet access and less likely to participate in pricey after-school or summer tech classes, he said.

Only 146 of the 10,244 California students who took the Advanced Placement computer science exam in 2016 were African-American, according to the College Board. Of those, only 53 scored a 3 or higher, which is what most colleges consider a passing grade.

At Hidden Genius Project, students spend their days in workshops and classes, coding and learning about leadership and business. They also take field trips to Facebook, Google and other tech companies. The 15-month program spans two summers and one day a week after school and one Saturday a month during the school year. At the end, students will have finished 800 hours of coding and created their own software project and a business plan to go with it.

The students are all African-American boys, but they’re diverse in other respects. Some go to exclusive private schools, others go to low-performing public schools. Over the course of the program, they form a tight bond with each other and the teachers, and despite the intense time commitment, the retention rate is close to 100 percent, Nicholson said.

The staff keeps in touch with the students long after they’ve graduated. Nicholson described one student who made it through the program but floundered afterwards, getting expelled from two schools.

Hidden Genius teachers continued checking in with him.

“At some point we asked if he wanted to come back and help teach coding at some of our workshops, and he said sure. We set him up with a class and he just blossomed,” Nicholson said. “We never give up on these kids. We show them we care and we love them and we’re always there for them.”

On a recent afternoon at Hidden Genius Project’s classroom in East Oakland, Charles, the sophomore who someday aims to design his own video game, was using JavaScript to create a calculator-like program that would add any two numbers and all the numbers in between.

“It works, I just tested it,” he said, providing a demonstration. “Do I want to go into tech someday? Definitely, it’s a goal.”

His classmate, Elijah Hynson, a sophomore at Met West High School in Oakland, was working on a program that would build stacks of evenly spaced yellow balls.

“Basically, I’m translating the algorithm into actual code,” he said, showing how the balls stacked themselves after he entered some numbers. “I like coding. It’s engaging, it’s fun. It requires thinking.”

Hidden Genius Project shares its classroom space with another nonprofit, Occur, which also offers free tech classes to teenagers. Occur’s students are mostly African-American and Latino young people who live in the neighborhood.

Occur’s program director, Paul Williams, noted that computer science is among the fastest-growing and highest-paying fields in the country, and too many people of color are left out. Even if his students decide not to pursue technology as a career, they should at least have the choice, he said.

Furthermore, tech skills are useful in many professions, not just those in Silicon Valley. Computer programming is a great way to learn logic, problem-solving, math, teamwork and other important skills, he said.

“We’re not here to turn everyone into a coder,” Williams said. “But we want to give kids the opportunity to thrive in tech if they want to. We have the talent … There’s just too much potential here that’s not being drawn out.”