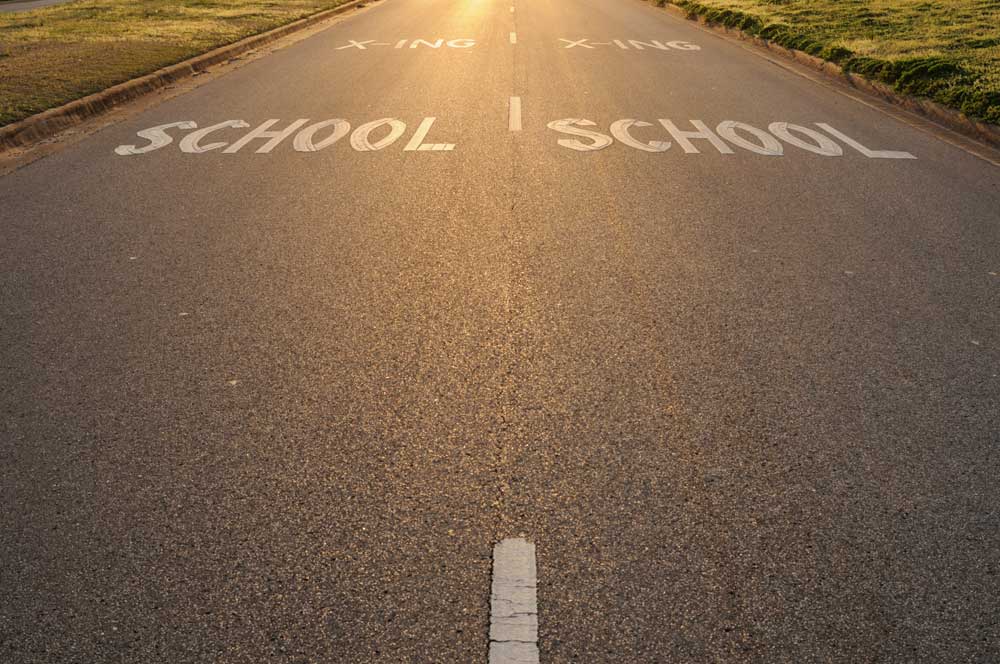 “Middle school appears to be the chronological dividing line for when African-American suspension rates escalate,” according to the report from the Brown Center on Education Policy at the Brookings Institution.

The findings are the latest to suggest that what happens in middle school is crucial in trying to decipher the persistent over-representation of African-American students among students who are suspended. A study published in February by researchers at the University of Texas and Stanford University examined the “trust gap” in middle school, when African-American students perceive that discipline is meted out differently to students who are black and become disinterested in following rules they see as unfair. And a 2016 study by researchers at UC Berkeley found that a brief online intervention for teachers at five California middle schools halved the rate of suspensions by encouraging teachers to reflect on how they would like to interact with students.

Even as the California Department of Education reports that suspension rates are declining statewide across all racial groups, ethnicities and school grade configurations, African Americans stand out as disproportionately receiving suspensions relative to their numbers, said Tom Loveless, a senior fellow at the Brown Center and the author of the report.

“Middle school appears to be the chronological dividing line for when African-American suspension rates escalate,” according to a report from The Brookings Institution.

To take a closer look at the racial disparity, Loveless collected data on out-of-school suspensions at more than 7,000 K-12 schools from 2012-13 through 2014-15. In 2014-15, those schools served about 5.4 million of the 7.1 million students in the state, or about 87 percent, he said. He divided the schools into two categories – those with high suspension rates for African-American students, defined as greater than the state average for students of all races, and those with low suspension rates, defined as below the state average. A high-suspension-rate school reported five or more suspensions of black students for every 100 black students enrolled, he said.

About 2,000 K-12 schools in 2014-15 had high suspension rates for African-American students, with 3,500 reporting low suspension rates, he found. The remaining schools in the study did not report a specific number to protect the identify of students because they suspended between 1 and 10 black students, so their precise suspension rate could not be calculated.

At schools with other grade configurations, 19 percent of elementary schools, 27 percent of K-8 schools and 39 percent of high schools reported high suspension rates for African-American students in 2014-15, the report said.

Loveless examined other factors to create a portrait of schools that tended to have high suspension rates for black students: They were more likely to be middle schools, schools with enrollments greater than 1,300, and schools with more than 16 percent enrollment of African Americans, he said.

The poverty levels of families attending the schools were “not as much of a factor as you might expect,” he said.

The transition from elementary school to a stand-alone middle school is often fraught for students as they move from having one classroom teacher to five or six teachers for different subjects, their bodies are flooded by hormones and their brains begin to develop abstract thinking, researchers say. That abstract thinking brings “a new ability to think about abstract concepts like police, school, teachers or government,” said David Yeager of the University of Texas at Austin, the author of the “trust gap” study along with Geoffrey Cohen at Stanford and other researchers.

For students who are black or brown-skinned, the slights or unfairness in discipline that they or their friends have experienced may now be understood as part of a school system that doesn’t see them the way they see themselves, Yeager said.

“What we found was that at earlier ages, kids don’t seem to infer that school in general is unfair, but they can discern that a  particular authority figure is unfair,” Yeager said.

Asked in the middle of 6th grade “if a black or white (school) student is alone in the hallway during class time, which one would a teacher ask for a hall pass?” fewer than 55 percent of African-American students in the study said they expected equal disciplinary treatment, while more than 80 percent of white students expected equal treatment.

By 7th grade, that loss of trust predicted both future discipline referrals and four-year college enrollment for African-American students, the study found.

As a way to restore the broken student-teacher relationships that indicate a loss of trust and respect – and are the precursor to suspensions – researcher Jason Okonofua at the University of California Berkeley conducted a longitudinal, randomized, placebo-controlled field experiment of a brief teacher intervention. His research involved 31 teachers serving 1,682 students at five middle schools in three California districts. The goal was to see how the intervention affected suspension rates.

“We didn’t tell teachers not to discipline students,” Okonofua said. “This was not policy intervention, the way some districts ban suspensions by willful defiance. This was a psychological intervention to change the way teachers view behavior.” He also didn’t tell teachers how they should view students, but instead used a 45-minute online reading and reflection program, followed by a similar 25-minute online program, to prompt teachers to reflect on their goals for their relationships with students. It was called “the empathy intervention.”

“Teachers are professionals,” he said. “Our job was not to come in and lecture them on this is what you’re doing wrong and now you have to do this.” Instead, the readings reminded teachers that “a teacher who makes his or her students feel heard, valued and respected shows them that school is fair and they can grow and succeed there.” Student stories were included, such as: “One day I got detention, and instead of just sitting there, my teacher talked with me about what happened. He really listened to me…. It felt good to know I had someone I could trust in school.” Teachers wrote about how they might use these ideas in their classrooms.

The empathy intervention halved the school suspension rate, Okonofua found. He is now preparing for another study, funded by Google, using a similar intervention at more than 20 schools outside of California.