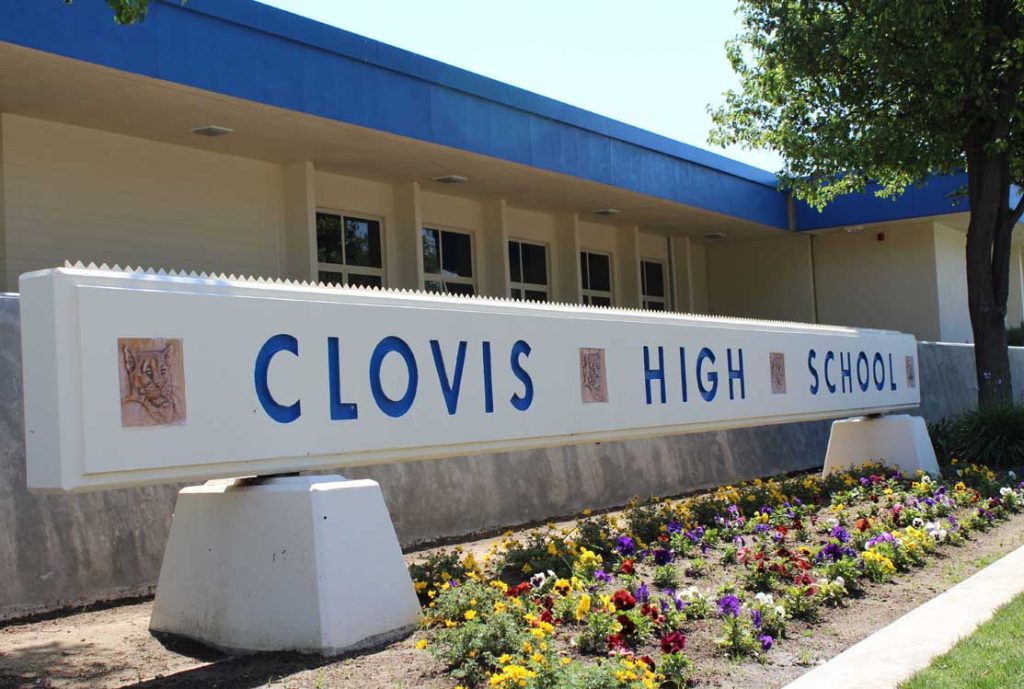 About 24 hours after a Clovis High School boy killed himself in early March, his cell phone buzzed. The incoming text was the latest in a conversation thread among the deceased boy and three teenage girls before he died. One of the girls, also from the Central Valley, was thinking of killing herself.

At the Fresno County coroner’s office, a deputy coroner discovered the text and launched a search for the girl that would reach into the records of the Clovis Unified School District, law enforcement cell phone tracking technology, a network of suicide prevention leaders and a school district in adjacent Tulare County. For Clovis Unified, stunned by the suicides of four high school boys this school year, a team approach to suicide prevention has brought relief and hope. Accelerating their work is a new state law that requires schools to have programs for grades 7 through 12 in suicide prevention, intervention and “postvention” by the start of the 2017-18 school year.

“I think the one thing we’ve learned is we have to have increased involvement, collaboration and communication between different agencies,” said Jonathan Logan, a school psychologist at Clovis Unified and one of the district leads in suicide prevention. “We’ve come to understand this is not a school problem, not a home problem, but a community problem and it’s going to take all of us.”

“The principal approached me and said, ‘Hey, do we get calls from the coroner?’” said Clovis Unified school psychologist David Weber.

What’s been happening in Clovis Unified this year is a case study in trying to figure out, in real time, how to help students before they succumb to despair. “We’re looking at this from a mental health perspective,” Logan said.

While suicide is the second-leading cause of death for teenagers ages 15 to 19, it is rare, with 150 suicide deaths in California in that age group in 2013. But suicidal thinking is not uncommon. Among 15-to-19-year-olds in California, more than 1 in 5 girls and 1 in 6 boys surveyed in 2011-13 reported seriously considering attempting suicide, according to research by WestEd.

The California Department of Education released a model youth suicide prevention policy last month that calls for schools to create strategies to encourage students to talk about depression and stress. Parent education on mental health is recommended. Teachers should be trained to recognize and refer students in need of mental health counseling. “Postvention” practices, which refers to the response to a suicide, include avoiding “glamorizing” a death by suicide and downplaying the method of suicide. Instead, the focus is the importance of mental health and how to get help. A suicide prevention hotline number to call or text should be prominently displayed. (The National Suicide Prevention Lifeline is 1-800-273-8255). And school staff should create a protocol for intervening with students who, like the girl who sent the text, say they are thinking about suicide.

Six miles from the Fresno coroner’s office, across the Central Valley flatlands where farmlands have given way to tract housing, Clovis High School Principal Denver Stairs collected his phone messages on the morning after the text was sent to the deceased boy’s phone and headed to the school counseling center. Parents made up the bulk of Stairs’ callers — mothers and fathers distraught about the suicide of a boy they’d known from grade school and freaked out about who might be next, because who understands a teenager’s emotional state? But one message stood out.

“The principal approached me and said, ‘Hey, do we get calls from the coroner?’” recalled school psychologist David Weber, who leads Clovis High’s crisis response team. “And I go, ‘No, not typically,’” Weber said.

“He said, ‘Well, come with me while I call the coroner back.’”

In Stairs’ cramped office, they listened as a deputy coroner explained over the phone what Weber described as “the coroner’s new standard operating procedure” – the practice of monitoring the deceased student’s phone for clues about why he killed himself and whether his friends might be thinking of doing the same. That part wasn’t actually a new procedure, because every suicide prompts an investigation.

“Causes and manner of death,” said Lt. Mark Padilla, commander of the coroner’s office, which is part of the Fresno County Sheriff’s Office. “We’ll go to great lengths to see if there’s some nexus of why a person committed suicide.” That can include looking at cell phone texts as well as Twitter, Snapchat, Instagram and other social media accounts.

What was new, Weber said, was the coroner’s phone call to the school district. “We’re concerned,” said Padilla, who has overseen the investigations of three suicides of boys enrolled at Clovis West High School – one in August, another in November and a third in December – as well as the suicide of the boy at Clovis High. Multiple suicides close together in time and location are known as a suicide cluster. “If there’s to be a cluster,” Padilla said, “we, the sheriff and the coroner, want to be good partners.”

Clovis, a city of 100,000 proud of its annual rodeo and its wholesome “Clovis way of life” slogan, is not the place that comes to mind when talking about a teen suicide cluster in California. That would be Palo Alto, where in 2009-10, five students in the Palo Alto Unified School District died by suicide; in 2014-15, four more students or alumni of the district died by suicide. The self-inflicted deaths raised the question of whether affluent, Silicon Valley-driven families and schools were putting too much pressure on students. At Clovis Unified, family income is far more varied, with 43 percent of students qualifying for free and reduced price meals, a proxy for low family income. Lost in the Palo Alto cluster conversation are the data that show a mental health crisis for teenagers across the country, even in Clovis.

In California, nearly two out of three counties — 36 out of 58 — had at least one person between ages 5 and 19 die by suicide in 2013, according to the most recent information on KidsData, a data aggregator. In 2015, nearly 39,000 California 5-to-19-year-olds were admitted to a hospital for mental health issues, most commonly depression. In suicides, “90 percent of the time there’s a mental health condition,” said Dr. Shashank Joshi, a suicide prevention expert at Stanford University.

To comply with the new state law, Assembly Bill 2246, the model suicide prevention policy recommends the creation of a parental consent form that would allow hospitals to notify schools that a student who has received psychiatric care has been discharged. Joshi said that students are at highest risk of suicide after being released from a psychiatric hospital stay and that, without needing to share the details of the hospitalization, students and their families do best when they create a “re-entry plan” with administrators and teachers. Forming such a plan can be as simple as having a conversation about missed school assignments and letting the student know that he or she is welcome to check in with a staff member about how things are going.

After the suicide of a Clovis West High student in August, Marc Hammack, principal of Clovis West High, set out to figure out what was happening with his students. He surveyed the freshman class about the pressures they felt. “Their number one stressor was family and home life,” he said. “The second was insecurity about their future and what it entails. Finances came into that, both personal and family.”

Compounding the stress was an inability to communicate, he said. “They did not know how to convey what they were feeling inside,” he said.

He held a series of small group conversations with more than 150 students. When four students — two girls and two boys — approached him and said they had felt suicidal in the past, he invited each of them into his office to talk.

“The common theme was the communication gap between them and their parents,” he said. “When they went to their parents and said I’m feeling this or that, and depression, the parents would interject with their life and the stress they went through.” The four students said they eventually found someone to listen to them. “Once they were able to talk about what they were going through, they felt better.”

The suicides in Clovis Unified have put the community on high alert for students who make suicidal comments, such as the student at Clovis High who said, after the student’s suicide in March, “That student had it right.” Parents, Clovis residents, and students are keeping an eye on student social media accounts and forwarding screenshots of suicidal messages to principals.

In one case, someone sent him a screenshot of a social media post from a student who was, at that moment, upstairs in his bedroom at home and possibly suicidal. Hammack called the student’s parents but they didn’t answer. He left a message and called 911, asking for police to go to the home to do a “wellness check.” Soon, the parents called Hammack back and thanked him. He said they told him, “We were in the living room watching TV and we didn’t know what was happening.”

In the search for the suicidal texting girl, the deputy coroner gave Stairs what little information the office had. “They had her phone number and her first name,” Stairs said. A search of school district databases found no match and Stairs turned the search back to the investigators.

The coroner’s office traced the three texting girls to Tulare County. An officer called Noah Whitaker, director of the Tulare & Kings Counties Suicide Prevention Task Force, with the information; the officer knew Whitaker from his work helping Fresno County develop a suicide prevention plan. Whitaker called a school district in the southern part of the county.

Aimee Micullan, director of special education and support services at the Exeter Unified School District, clicked on an email that had made its way from Clovis Unified, the coroner’s office, the Tulare County Office of Education and a crisis response team before landing in her in-box.

“When I looked at the email chain and saw all of the names – the coroner, sheriff, Clovis – I thought, someone is doing good detective work,” Micullan said. That collaboration between schools and mental health services is part of the intent of the suicide prevention law, she said. “Get to know each other because you all will need to connect some day,” she said,

The email identified the three high school girls who had texted the deceased Clovis boy. Micullan notified the school counselors, who started calling the students out of class or phoning them at home.

She said, “We were able to locate all three girls and offer services.”